Kim Kardashian West: I was high on ecstasy when I got married, made my sex tape

Kim Kardashian West may have been the designated driver for her sisters as a teen, but that doesn’t mean she didn’t party.

On Sunday night’s episode of “Keeping Up with the Kardashians,” during a conversation with younger sister Kendall Jenner and Scott Disick, she revealed that she has used ecstasy.

The revelation came after Disick mentioned a story about the reality star going “to Disney and you were all high or something — or Six Flags.”

“I didn’t know you got high,” Jenner said.

“I got married on ecstasy the first time,” Kardashian West said. “I did ecstasy once and I got married.”

Kardashian West, now a mother of three, added that the drug use happened more than once.

“I did it again. I made a sex tape,” she said. “Like, everything bad would happen.”

She’s been married to rapper Kanye West since 2014 and they are the parents of North, 5, Saint, 2, and Chicago, born in January.

Last year, she said her father, the late Robert Kardashian, taught her how to drive at 14 so she could be the designated driver for her harder-partying sisters.

After Show: Kim Kardashian West Knew Her Marriage Was Going To Fail | WWHL 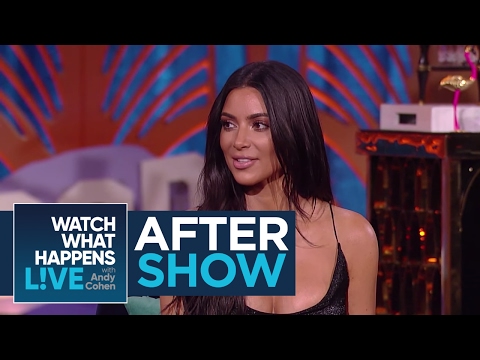 Kardashian West said on her show Sunday that she’s calmed down now at 38 but still has fun.

“I definitely went through a wild phase, I would say in my late teens,” she said. “I’m not like that anymore. But I still have fun. Don’t get it twisted. I’m always the life of the party.”