When this high school volleyball team lost everything in the California fires, their opponents bought them new uniforms

For a high school volleyball team, making the state semifinals would normally be a big deal.

But for the girls’ team at Paradise Adventist Academy in Northern California, this year was different. Some of the players had lost everything in the devastating wildfires – including their volleyball jerseys – and their match against Forest Lake Christian School suddenly felt less important.

“There were two or three (girls) that didn’t have anything, they lost everything in the fire,” Paradise volleyball coach Jason Eyer said. “And four or five more didn’t have their jersey or their shoes. More than half of the team lost something they needed for that night.”

When Eyer surveyed the players and their families about the November 10 semifinal game, the response was unanimous: They wanted to play.

“It was really good to have something normal in our lives to bring us together and bring our community together,” said Paradise player Quincey Carter. So the team and its fans agreed to make the 80-mile trip south to Auburn, California, for the game.

There was just one other problem. Many of the players no longer had proper jerseys or equipment. Some were planning to play in T-shirts with makeshift jersey numbers written on them with Sharpies.

So when they arrived at Forest Lake Christian, they got a big surprise: An array of brand-new Paradise jerseys, along with kneepads, food and thousands of dollars in donations.

It started with three bins

When he learned that Paradise would still be coming to play, Forest Lake Christian Athletic Director LaRon Gordon wasted no time. He set up a meeting with school administrators to see what they could do to help.

First, they called the California Interscholastic Federation and persuaded them to waive the fans’ entrance fee for the game. Then they contacted everyone they knew and asked for donations.

“We got out and called our friends, community, got on social media,” Gordon said. “And we set up three little bins outside the school (for donations).”

By the next day, the bins were overflowing.

“The whole front of the school was jam-packed full of donations,” he said. “You couldn’t even walk into the school from the front. You can’t imagine it.”

The night before the game, Gordon had another idea. He called a close friend and located a company that agreed to work overnight to make jerseys for the Paradise team.

‘A sense of hope’

When the Paradise Adventist Academy team arrived at the gym they found their 12 new uniforms.

“We saw the jerseys with socks and kneepads and shorts and there were bags with jerseys and shoes,” said Carter, the Paradise player. “We don’t even know how they pulled that together so quickly. It was just a feeling of overwhelming love.”

Donated new jerseys greeted each Paradise player, along with kneepads and other items.
Courtesy LaRon Gordon

Carter said many Paradise fans drove more than two hours to watch them play, filling the gym with the largest crowd of the season.

Paradise lost. But their night wasn’t over.

“At the end of the match they handed every girl on the team an envelope of $300 worth of gift cards for places for them to buy clothes,” Eyer said. “And they presented me with a box of gift cards and cash with over $10,000 for the families at the school.”

Eyer said everything about that night made a difference to him and his devastated community. 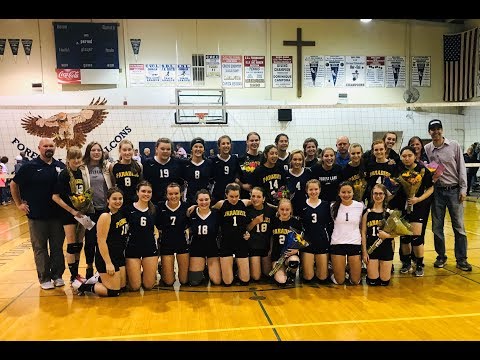 “It might seem like a little thing, but these people had nothing but their clothes on their back,” he said. “We have now been helped in so many ways. The girls and I have talked about how when we get that opportunity … it would be our turn to give back and try to pass (on) this generous spirit and sense of community.”

Gordon, the Forest Lake coach, said he never could have predicted how quickly his community came together to help their less fortunate rivals.

“One of the biggest things it taught me is that we’re there for each other in times of need,” he said. “It could have been me, it could have been our school. The community that came out gave me a sense of hope for humanity.”