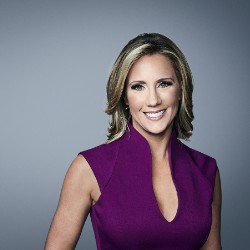 In a highly unusual move, lawyer Tom Goldstein asked the US Supreme Court on Friday evening to declare Deputy Attorney General Rod Rosenstein as the acting attorney general, instead of Matthew Whitaker who currently holds the job.

Goldstein’s motion was filed in connection with a gun rights case that is before the Supreme Court as a petition for a writ of certiorari, meaning the nine Justices will meet in conference at a date still to be determined to decide whether to hear it. The case is Barry Michaels v. Whitaker, which was automatically renamed from Michaels v. Sessions following Whitaker’s appointment.

The motion urged the Supreme Court to immediately declare the proper acting attorney general since there “is a significant national interest in avoiding the prospect that every district and immigration judge in the nation could, in relatively short order, be presented with the controversy over which person to substitute as Acting Attorney General.” And petitioners even left room for the Supreme Court to affirm Whitaker’s appointment saying, “Even if this Court now determines that the President in fact validly appointed Mr. Whitaker as Acting Attorney General, that ruling would equally benefit the administration of justice by removing the cloud of uncertainty over the appointment and by resolving the burgeoning number of challenges to it.”

“We do want Rosenstein named Acting Attorney General,” Goldstein said. “But we say to the court, even if we’re wrong, it sure would be better for everybody to know the answer to that because this has turned into a mess.”

Similar motions challenging Whitaker’s appointment have been filed in other cases, including by the state of Maryland in its Affordable Care Act lawsuit, and by a private attorney in Missouri representing a client charged with wire fraud. Last week, the judge overseeing Roger Stone associate Andrew Miller’s motion to quash, indicated attorneys would likely be asked to file new briefs adjusting their arguments to reflect Whitaker’s new position.

It is unclear if the Justices will even consider this separate motion, since they have not agreed to hear the underlying case. Michaels’ attorney petitioned the Supreme Court on October 18 and the court recently extended the government’s time to respond to mid-December, meaning the Court won’t decide whether to hear arguments on the case until after that time. Four justices must vote to hear the case in order for oral arguments to be scheduled.

But Goldstein was optimistic the Justices could weigh in on this motion even before deciding whether to hear arguments on the underlying case. “The motion doesn’t have anything to do with the cert process,” Goldstein said. “The Justices are used to dealing with motions at different stages of the case. We don’t expect that the will hold the motion up pending the decision on the cert petition.”

The motion contends that Whitaker’s appointment violates federal law and the Constitution. It argues that the Constitution’s Appointments Clause mandates that all principal officers, including the attorney general, must be Senate confirmed, and that the Trump administration should have followed the Attorney General Succession Act when naming Sessions’ replacement. The AG Succession Act provides that in the case of the vacancy of the office of Attorney General, the deputy attorney general would exercise all duties of the office. The Trump administration has maintained that Whitaker’s appointment is valid under the Federal Vacancies Reform Act.

On Wednesday, the Justice Department’s Office of Legal Counsel issued a defense of President Donald Trump’s controversial appointment of Whitaker, offering several reasons why the appointment is constituent with the Constitution. The 20-page memo asserted that (1) the appointment is consistent with the plain terms of the Vacancies Reform Act, “because he had been serving in the Department of Justice at a sufficiently senior pay level for over a year” as the statute requires; (2) because Whitaker is only serving on a temporary basis, he wasn’t required to be confirmed by the senate ahead of his selection last week; and (3) even though is a separate statute exists that provides a succession plan at DOJ, the President can choose someone else consistent with the Vacancies Act.

“There should be bipartisan concern that this will embolden the future use of temporary appointments for illegitimate purposes. That’s not what the framers or Congress intended,” the statement said. “The attorney general must be Senate confirmed, plain and simple. This can’t be allowed to stand.”