The Spice Girls might have just found someone to take Victoria Beckham’s place on their reunion tour.

It turns out that not only is Emma Stone a major Spice Girls fan, she actually changed her name from Emily Stone to Emma, in part, because of her love of Emma “Baby Spice” Bunton.

“Growing up, I was super blonde,” Stone told Jimmy Fallon on “The Tonight Show” Thursday night. “My real name is Emily, but I wanted to be called Emma because of Baby Spice. And guess what? Now I am.”

Emma Stone Takes Buzzfeed's "Which Spice Girl Are You?" Quiz 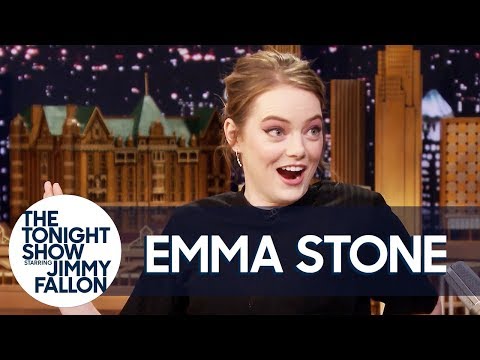 “In second grade did I go up to the teacher on the first day and ask her to call me Emma?,” she continued. “Yes, I did. Was it because of Emma Lee Bunton from the Spice Girls? Yes, it was.”

We all know that the actress can sing, putting her pipes on display in 2016’s “La La Land” opposite Ryan Gosling. So, we’re totally thinking Stone should be invited up on stage at least once during the tour.

Tickets for their highly anticipated tour gone on sale Saturday.

“Stone Spice” has a nice ring to it – just saying.