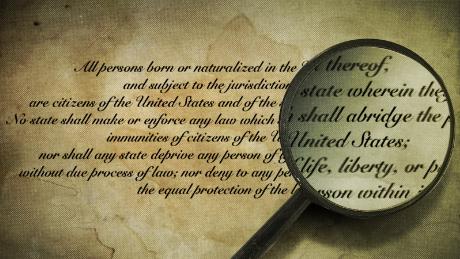 (CNN)It may not be as oft-quoted as the First Amendment or as contested as the Second Amendment, but the 14th Amendment to the United States Constitution plays a critical role in supporting some of our closest-held notions of American freedom and equality.