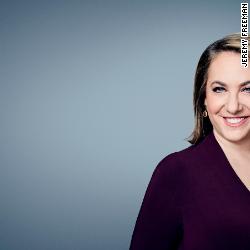 President Donald Trump offered his most stinging indictment yet of a Saudi effort to silence a dissident journalist, calling the series of events that led to Jamal Khashoggi’s death “the worst cover up ever.”

“The cover up was one of the worst in the history of cover ups,” Trump said from the Oval Office. “It’s very simple.”

The rebuke of Saudi Arabia’s response to the death reflected Trump’s growing frustration at the diplomatic crisis, which has thrust his foreign policy objectives into a harsh spotlight. It came amid an evolving administration response, which including dispatching the CIA director to Turkey to gather more details.

The President has become increasingly irritated by the fallout from Khashoggi’s death, multiple sources who have heard him voice his frustration told CNN.

Visas to be revoked

On Tuesday, Secretary of State Mike Pompeo said the US will be revoking the visas of those who murdered the Washington Post journalist, and said that the administration has “identified at least some of the individuals responsible.”

The top US diplomat said that the State Department is also working with the Treasury Department to apply human rights-related sanctions that includes the freezing of assets and a travel ban.

After Pompeo spoke, State Department spokesperson Heather Nauert announced that “21 Saudi suspects in the death of Jamal Khashoggi will have their visas revoked or be ineligible for a visa to enter the United States.” Another State Department spokesperson told CNN that State wouldn’t be identifying the individuals because “visa confidentiality, protected by U.S. law, prohibits us from discussing individual visa cases.”

Saudi Arabian officials have said the October 2 killing, inside the Saudi consulate in Istanbul, was part of a rogue operation gone wrong. Foreign Minister Adel al-Jubeir told Fox News on Sunday that Khashoggi’s death was a “tremendous mistake” and added that his government would punish those responsible for his “murder.”

Trump, however, seemed less willing to accept that official explanation. He cast the situation as a lousy attempt at concealing a crime.

He said he was expecting to hear more from US intelligence officials during a meeting on Wednesday afternoon.

“However they talk about it, nothing they’ve done has gone well. It certainly has not been spoken of properly,” he said, flanked by US military brass. “The process was no good. the execution was no good. And the cover up, if you want to call it that, was certainly no good.”

Salah Khashoggi, the son of the slain journalist, and another relative, Sahl bin Ahmad Khashoggi, were summoned to the Al Yamama Palace in Riyadh, the Saudi Press Agency (SPA) reported Tuesday, where they met the King and the Crown Prince.

The King and Crown Prince “expressed their sincere condolences to the family of Jamal Khashoggi – may God have mercy on him,” SPA reported.

Salah, who lives in the Saudi city of Jeddah, has been unable to travel outside Saudi Arabia for several months, as his passport had been invalidated, according to sources close to the family.

Other members of Khashoggi’s family, including his ex-wife and daughter, are currently in Dubai, add the sources.

“He was pretty rough on Saudi Arabia, I would say,” Trump said.

In recent days, the President has complained about the negative coverage blanketing cable television and told confidantes he feels betrayed by the Saudis, who have presented shifting accounts about what happened to the journalist after he entered the Saudi consulate in Turkey three weeks ago to obtain a marriage document and never left.

01:15 - Source: CNN
Navalny ally: Of course I'm scared but I cannot hide myself
PHOTO: CNN
Sergey Aleksashenko
Now playing
01:15
Navalny ally: Of course I'm scared but I cannot hide myself
PHOTO: CNN
A split of a Muslim religious leader and the Archbishop of Westminster being interviewed by CNN's Becky Anderson.
Now playing
02:14
Pope's Iraq visit is risky. 2 religious leaders explain why it's key
Middle east Iraq Christians pope francis Wedeman pkg intl hnk vpx_00000823.png
Now playing
03:44
What's behind the mass exodus of Christians from Iraq?
PHOTO: ALASTAIR GRANT/AFP/AFP/Getty Images
Britain's Prince Philip, Duke of Edinburgh waits for the carriage carrying Princess Eugenie of York and her husband Jack Brooksbank to pass at the start of the procession after their wedding ceremony at St George's Chapel, Windsor Castle, in Windsor, on October 12, 2018. (Photo by Alastair Grant / POOL / AFP) (Photo credit should read ALASTAIR GRANT/AFP/Getty Images)
Now playing
01:37
Prince Philip: The man behind the Queen
PHOTO: CBS
Now playing
01:39
Duchess of Sussex says Buckingham Palace is 'perpetuating falsehoods'
PHOTO: Twitter
Screengrab for Paula Hancocks live segment on Myanmar
Now playing
03:13
Video shows dramatic escalation of violence in Myanmar
Now playing
03:24
Author describes what happened when ISIS underestimated women fighters
PHOTO: Peter Dejong/AP
FILE- In this Nov. 7, 2019 file photo, the International Criminal Court, or ICC, is seen in The Hague, Netherlands. The Prosecutor of the International Criminal Court said Wednesday, March 3, 2021 that she has launched an investigation into alleged crimes in the Palestinian territories. Fatou Bensouda said in a statement the probe will be conducted "independently, impartially and objectively, without fear or favor."(AP Photo/Peter Dejong, File)
Now playing
01:57
ICC to investigate alleged war crimes by Israel and Hamas
PHOTO: Paul Kane/Getty Images
Attorney-General Christian Porter speaks during a media conference on March 03, 2021 in Perth, Australia. Attorney-General Christian Porter has publicly confirmed he is the cabinet minister named in a historical rape allegation from 1988 which came to light in the last week and has emphatically denied the allegations.
Now playing
02:25
Australian Attorney General denies historical rape allegation
Now playing
03:08
Cuba aims to produce its own Covid-19 vaccine
PHOTO: CNN
Police shoot stun grenades at Arab Israelis protesting an increase in gang violence in their towns.
Now playing
04:18
Police shoot stun grenades at peaceful Arab-Israeli protesters
PHOTO: olcanological Survey of Indonesia via Reuters
Mount Sinabung in Indonesia erupted on March 2, launching a cloud of ash and dust several kilometers into the sky. No one was injured in the eruption but authorities have warned people to stay away from the crater.
Now playing
00:40
See this volcano in Indonesia erupt
PHOTO: Courtesy Maxar
New satellite images taken by Maxar show that North Korea sometime in the past year built a structure that may be intended to obscure entrances to an underground facility where nuclear weapons or nuclear weapons components are stored.
Now playing
01:47
See images US intelligence claims is a secret weapons site
nigeria kidnapped schoolgirls released Busari pkg intl ldn vpx_00000423.png
Now playing
02:09
Tears of joy and relief as 279 Nigerian schoolgirls return home
PHOTO: STR/AFP/AFP via Getty Images
Protesters take cover behind homemade shields as tear gas is fired during a demonstration against the military coup in Yangon on March 1, 2021. (Photo by STR / AFP) (Photo by STR/AFP via Getty Images)
Now playing
02:16
Footage shows tear gas, flash bangs used on protesters in Myanmar