Like bridges? Then you’ll love the new one that opens this week in China. At 34 miles long, it’s the longest sea-crossing bridge ever built. Here’s what else you need to know to Get Up to Speed and Out the Door.

After finally admitting that journalist Jamal Khashoggi is dead, Saudi Arabia tried its best this weekend to spin an explanation to the world. But most people aren’t buying it. The kingdom said Khashoggi died in a fistfight in its consulate in Istanbul, Turkey. Saudi Foreign Minister Adel al-Jubeir said it was a “tremendous mistake” carried out by a rogue group that would be punished. The US, UK, France, Germany, Canada and others all expressed their skepticism at the explanation. Turkish President Recep Tayyip Erdogan said he’ll reveal the “truth” about Khashoggi’s death Tuesday. Meanwhile, a Turkish source tells CNN the group of men from Saudi Arabia suspected in Khashoggi’s death used a body double after he was killed.

President Trump wants to dump the decades-old Intermediate-Range Nuclear Forces Treaty with Russia. The treaty, signed in 1987, eliminated thousands of ground-launched ballistic and cruise missiles. Trump says the Russians have been violating the agreement for years and it puts the US at a disadvantage with China’s missile arsenal. US allies have criticized Trump’s decision and so have some members of Congress. Some analysts see this as part of the Trump administration’s overall aversion to international agreements. John Bolton, Trump’s hawkish national security adviser, is seen as the driving force behind this. Bolton will surely talk about it when he meets with Russian President Vladimir Putin this week.

The Trump administration wants to roll back protections for transgender people. According to a report from The New York Times, the Health and Human Services Department is working on a draft proposal that would define sex as solely male or female at birth, with no room for change. If adopted, it would erase federal recognition for the many Americans who identify as a gender different than the one they were identified with at birth. Human Rights Campaign, one of the nation’s most prominent LGBTQ rights groups, lashed out at the administration, saying the proposal could set “a destructive precedent.”

Africa’s youngest billionaire has been freed, more than a week after gunmen grabbed him outside a luxury hotel. Mohammed Dewji, 43, was found this weekend. Police didn’t provide any other details about his release, including whether a ransom was paid. Dewji, whose net worth is $1.5 billion, appeared at a news conference with police, thanking officers and shaking their hands. He appeared unharmed except for rope marks on his hands and legs.

The US will have a serious case of lottery fever this week. The combined jackpots of Mega Millions and Powerball now total more than $2 billion. The drawing for Mega Millions’ $1.6 billion jackpot is Tuesday, while numbers for Powerball’s $620 million jackpot will be pulled Wednesday. You have a better chance of being struck by lightning than winning either one of these, but that’s not going to stop millions of Americans from trying to get rich over the next couple of days.

Video Ad Feedback
01:22 - Source: CNN
What happens when you win the lottery?

Not all heroes wear capes

Meet the pizza employee who drove 450 miles to deliver a pie to a man in hospice.

Thanks to 3D printers and robots, classic Greek statues can now come to life.

Pumpkins to the rescue

What do you do when your 6-year-old diabetic son needs money for a service dog? Hold a big pumpkin sale, of course.

The Super Bowl halftime invite used to be a pop star’s dream. Not anymore. Big names like Rihanna are reportedly turning it down over politics.

This photographer took the perfect engagement photo at Yosemite. Now he’s just got to track down the happy couple to give it to them.

“I am disabled. I fall sometimes. I drop things. My memory is foggy. And my left side is asking for directions from a broken gps. But we are doing it. And I laugh and I don’t know exactly what I will do precisely but I will do my best.” 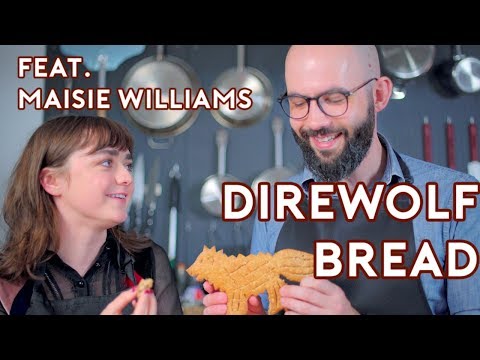 We’re still months away from new episodes of “Game of Thrones.” While we wait, we can at least enjoy some of the show’s tasty Direwolf Bread, made with a little help from Arya Stark (Maisie Williams) herself. (Click to view)