Magpie season: Why Australians hide from birds every spring

Geoff Maslen was riding his bike to the gym on a beautiful spring day in Melbourne, Australia when he started to feel something pinging off the back of his helmet.

At first, he was confused by the sensation, since it didn’t seem to be raining. Then he realized a magpie was trying to ferociously stab the back of his head with its beak.

He wasn’t surprised. Magpie swoopings are a regular occurrence across Australia during the spring months of September and October. According to Maslen – author of “An Uncertain Future: Australian Birdlife in Danger” – he got off easy.

“A different magpie was attacking my friend, but realized that the helmet on his head wasn’t going to (let him) cause him any damage, so he grabbed a piece of his ear as he swooped past, and he was left with blood pouring down his head,” he said.

For outsiders, it can seem strange that in a country famous for its dangerous wildlife – from sharks to spiders and snakes – that one of the most feared creatures is a handsome black and white bird just over a foot in length.

In September, according to Australian media, a toddler in Perth narrowly avoided being blinded by a magpie after it swooped down and attacked his face as he sat in a pram.

Also that month, a journalist in Melbourne posted a photo of himself with blood trickling down his face after he was struck “out of nowhere” by an angry bird.

Swooped. Last time I set up an interview at a park @9NewsMelb where was my magpie warning @nicketchells10? pic.twitter.com/rkhHmwq4vy

This season alone, there have been an estimated 3,000 swoopings, mostly between August and mid-October, resulting in about 400 injuries, according to the community-run Magpie Alert website.

Yet despite the injuries and fear they cause every year, the magpie remains one of the country’s most beloved birds. In December 2017, it was voted the Guardian Australia’s Bird of the Year by a popular vote, edging out the kookaburra and the fairywren.

Sometimes relationships can go the opposite way however, he added: “There was a fellow in Brisbane who claims to have been attacked by the same magpie for 25 years.”

A magpie sitting on a hedge in Sydney in 2014.
PETER PARKS/AFP/Getty Images

Despite its name, the Australian magpie bears no relation to the European species. The original British colonizers of Australia simply saw another black and white bird and named it accordingly, said Gisela Kaplan, emeritus professor at the University of New England in southeastern Australia.

Kaplan has studied bird behavior for decades. She’s a staunch defender of magpies, telling CNN the birds can have long friendships with humans – provided you treat them correctly.

“(Swooping) is actually a very common behavior among all birds … The reason we normally don’t notice it is that most songbirds are so small that even if they swoop we don’t notice it,” she said.

Magpie swooping season is well underway - and most of the time victims don't get any notice the birds are about to strike. But one clever postman has caught a pair in the act, after being targeted three days in a row. #7News pic.twitter.com/lVboPiuVRR

Most magpie swoopings are done by male birds as a defensive act, when they perceive an unknown or threatening passerby has come too close to their nest.

But Kaplan said swooping is more often than not a warning, intended to keep strangers away, rather than a deliberate attack.

“They may swoop several times to indicate to people ‘You are a bit too close to my nest site’ and if people don’t respond they may get closer to the head or even make contact,” she said.

More than anything else, she said, a bird wouldn’t want to make contact with a human simply to avoid injury to himself: “It’s not in the interests of the a magpie to make contact. It could break its neck.”

Every spring across Australia, signs pop up on lampposts and telephones polls in suburban streets, warning pedestrians they’re about to enter a magpie nesting area.

“Move quickly through the area – don’t run,” “Wear a hat or carry an umbrella,” “Bike riders – dismount and walk” read signs put up in the northern Australian state of Queensland.

During this time, visitors to Australia might notice people walking around carrying large sticks, or bike riders wearing helmets with a dozen zip ties positioned so they stick up into the air.

“The common way (for people to avoid swooping) is to grab a big stick and wave it over their heads when they’re headed through magpie territory,” Maslen, the author, said. “I’ve noticed several cyclists around here have stalks stuck to their helmets to try to stop the magpies from colliding with them.” 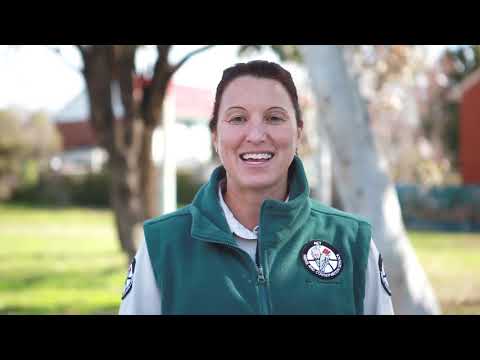 But Kaplan said increasingly common magpie swoopings aren’t a problem which can be solved with weapons or novelty helmets. Widespread land clearing in Australia and increased urbanization has pushed the birds into smaller, more urbanized areas.

“That’s a stress point that has negative repercussions to some extent,” Kaplan said. “You can get certain flash points (on) super highways or near highly busy places where the noise and the movement of people has come to such an extent that the magpies are overwhelmed.”

Both Kaplan and Maslen insisted that when they weren’t protecting their nests or being pushed to the limit, Australia’s magpies are some of the friendliest, most intelligent birds you could meet.

As Kaplan wrote in 2017, “They like to stick together with family and mates, in the good Australian way.”