Tencent has pumped billions into 300 companies. Here’s what it’s buying 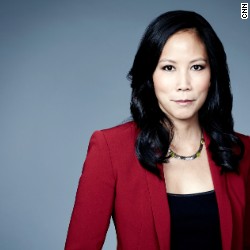 WeChat owner Tencent is more than just one of the world’s biggest internet companies, it’s also a major investor in businesses around the globe.

In the past 10 years, the Chinese tech firm has plowed billions of dollars into more than 300 companies — from traditional retailers to electric-car companies — according to Crunchbase, which tracks funding for private companies.

The investments have long raised questions about Tencent’s (TCEHY) strategy, especially when they target industries that appear unrelated to its main businesses of gaming and social media.

That scattershot approach has come under even greater scrutiny as the company’s online gaming business has run into difficulties in China, hurting profits and wiping billions of dollars off its market value.

“There is no logic behind Tencent’s investments. Tencent invests in everything,” tech writer Pan Luan told CNN. Pan sparked a debate on Chinese social media earlier this year with a widely read essay, “Has Tencent lost its dream?” It argued that rather than innovating, the company is just buying growth through investing in buzzy tech firms.

By pumping money into a lot of different firms, Tencent is taking a similar approach to other top Chinese tech companies like Alibaba (BABA), Baidu (BIDU), JD.com (JD) and Ant Financial. Together, the five of them have invested in nearly half of Chinese tech startups that are valued at $1 billion or more, according to research firm CB Insights.

PHOTO: CB Insights
Tencent and Alibaba have invested in a lot of Chinese tech startups valued at $1 billion or more.

Japan’s SoftBank (SFTBF) and Google’s parent company, Alphabet (GOOGL), have also aggressively bought up stakes in an array of startups.

Chinese tech companies “have to expand beyond their core business” to stay competitive, said Kitty Fok, a Beijing-based analyst for research firm IDC.

So how do some of Tencent’s biggest bets fit into its broader ambitions?

“We share Tesla’s vision in creating a better future for the planet,” Tencent President Martin Lau said at the time.

Analysts say the investments feed into Tencent’s ambitions to be a leader in artificial intelligence and connected devices, which will play major roles in the development of driverless cars and other big changes in the auto industry.

Tencent secured a license earlier this year to test self-driving vehicles in the city of Shenzhen.

It followed Amazon’s (AMZN) acquisition of Whole Foods in the United States and a series of moves into brick-and-mortar retail by Alibaba.

Teaming up with retail chains allows tech companies to “capture as much information as possible about a consumer — all day and night, at any browsing or buying moment,” Bain analysts James Root and Jonathan Chang wrote in an article for Harvard Business Review.

Tencent already has reams of data from the more than 1 billion people who use its messaging app WeChat and its digital payments platform, WeChat Pay.

Tencent participated in a $1.5 billion funding round for Indonesian startup GoJek in February, just as Southeast Asia’s ride-hailing market was really starting to heat up. Uber sold its Southeast Asia operations to rival Grab the following month.

Tencent has first hand knowledge of how to build an app that becomes a key part of people’s daily life. Besides sending messages, WeChat users rely on it for everything from booking doctor’s appointments to paying bills.

Tencent is also a backer of Didi Chuxing, China’s dominant ride-hailing company, which drove Uber out of China in 2016.

In a gamble that it may now be regretting, Tencent took at 10% stake in Snapchat’s parent company in November.

Already an early investor in Snap (SNAP), Tencent said it bought more shares because they were at an attractive price and it believed it could help improve the product.

“There’s a lot of innovativeness in the company’s product. And there’s a lot of potential for them to build its business further,” Tencent’s Lau said following the new investment. “Over time, we’ll try to see whether we can do something more strategic with them.”

But Snap’s problems have gotten worse since then. Users have been abandoning its app after a recent redesign fell flat.

Shares in Snap have lost about 45% of their value since Tencent’s investment in November.

Yong Xiong contributed to this report.