Residents warned to stay out of coastal waters in Florence aftermath

Two weeks after Hurricane Florence slammed the Carolina coast, killing dozens and flooding rivers and homes, it has left behind a slow-moving disaster of murky waters loaded with bacteria, viruses and other pollutants.

As a result, officials are warning residents to stay out of coastal waters to avoid contamination that can cause a series of infections, including earaches, hepatitis, skin rashes and respiratory issues, the North Carolina Coastal Federation said. 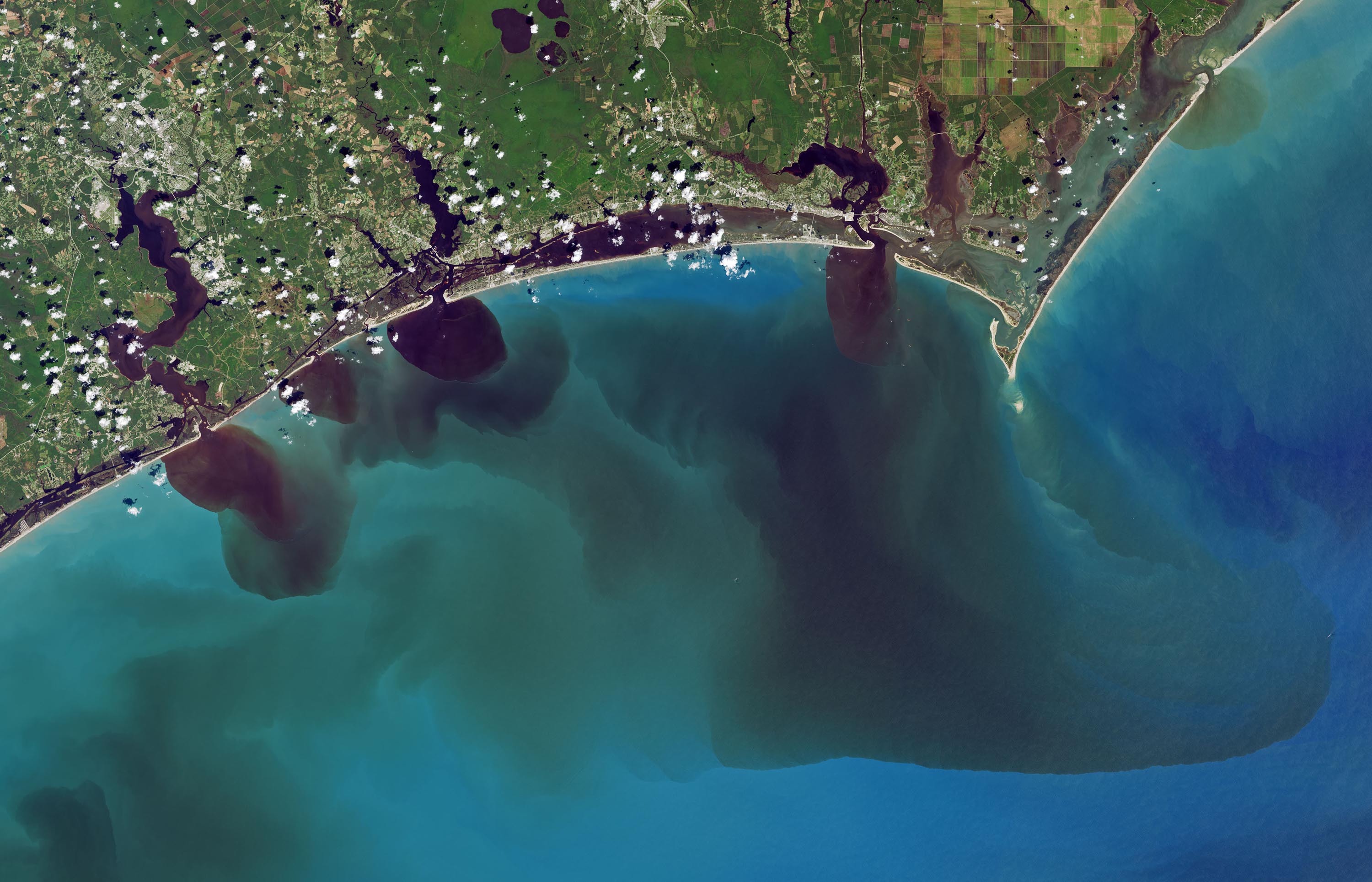 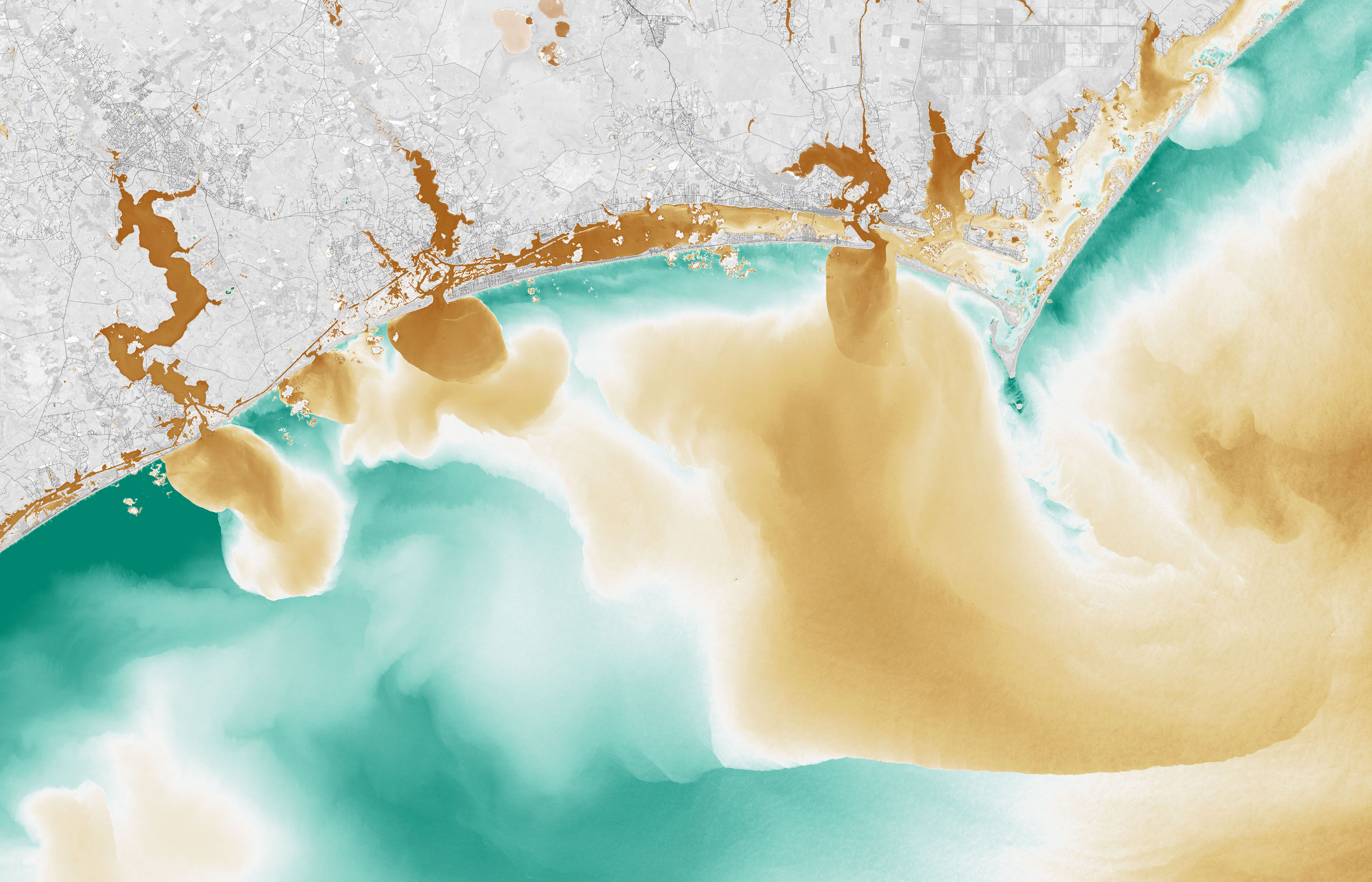 A pair of NASA images show how flooding after Hurricane Florence has affected the New River, White Oak River and Adams Creek waterways flowing into the Atlantic ocean. The true color image on the left shows how soil, sediments, decaying leaves and pollution have discolored the waterways. The right image combines visible and infrared data to show the colored dissolved organic matter (CDOM) from those rivers inundating much of the ocean around Cape Lookout.

“The public continues to swim in the ocean and sounds despite these advisories,” said Todd Miller, executive director of the federation. “We feel it’s vital to let people know that the state has not yet tested any waters to determine if they are safe for human contact.”

Aside from the parasites, flooding remains a concern.

In Georgetown County, South Carolina, thousands of residents were urged to evacuate ahead of historic flooding in an area where multiple swollen rivers converge.

The county, which dodged the brunt of then-Hurricane Florence’s ferocious winds, sits at the mouths of the Waccamaw, Great Pee Dee and Sampit rivers.

The Waccamaw River crested Wednesday, and will start a slow fall Thursday. The Great Pee Dee and the larger Waccamaw River had swollen to record levels upstream, and in some areas water was headed downstream at historic levels.