For some advice on a delicate situation, Secretary of State Elizabeth McCord is going to turn to three people who know what it’s like to deal with a tough decision on the season premiere of “Madam Secretary.”

Executive producer Barbara Hall knew they were “reaching for the stars” when they asked former secretaries of state Hillary Clinton, Madeleine Albright and Colin Powell to make appearances on the show. But the stars (or secretaries) aligned.

The trio make their appearance in the October 7 premiere. 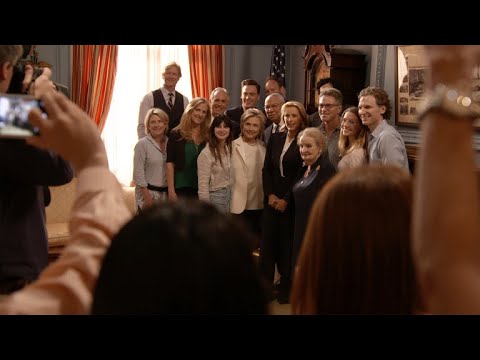 “I’ve been on the show before, so I’m a real fan. I love it,” Albright said in a video provided exclusively to CNN. She previously appeared on the series in its second season.

For executive producer Lori McCreary, it was “like having the best day of our five years in one day.”

Albright served as secretary of state from 1997-2001, under President Bill Clinton. Powell held his post 2001-05, working for President George W. Bush. Clinton was appointed by President Barack Obama, serving from 2009-13.