Arthur Mitchell, co-founder of Dance Theatre of Harlem, dies at 84

Arthur Mitchell, the trailblazing African-American dancer who called himself “the grandfather of diversity,” has died, according to the Dance Theatre of Harlem’s Facebook page.

“It’s with the deepest sadness we share the news that our founding artistic director, the great, Arthur Mitchell has passed away. His legacy of passion, power, and perfection will live on through each and every person he’s touched in his lifetime. We love you and we honor you, Mr. Mitchell!” the company said.

Mitchell was born in Harlem in New York City on March 27, 1934, the second of six children. A grade school guidance counselor encouraged him to audition for the High School of Performing Arts, which led to a scholarship to the School of American Ballet, the official school of the New York City Ballet.

At SAB, he caught the attention of George Balanchine, the father of American ballet, who invited him to join City Ballet in 1955. Mitchell accepted the invitation, recalling that in his debut performance, an audience member shouted a racial epithet when he took the stage.

In a bold move for the era, Balanchine cast Mitchell in a pas de deux with a white dancer, Diana Adams, in the groundbreaking modernist ballet, Agon. 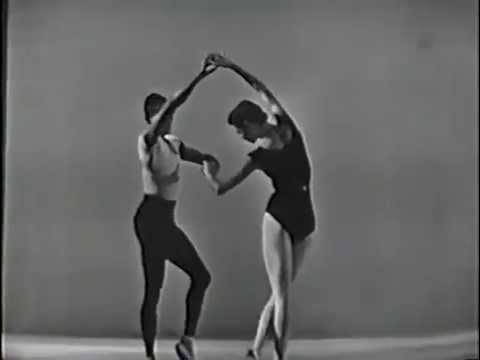 “Can you imagine the audacity to take an African American and Diana Adams, the essence and purity of Caucasian dance, and to put them together on the stage?” Mitchell told The New York Times in January. “Everybody was against him. He knew what he was going against, and he said, ‘You know my dear, this has got to be perfect.’”

Balanchine again surprised the dance world by casting Mitchell as Puck in “A Midsummer Night’s Dream,” a role for which he received critical acclaim.

He became the company’s first African-American principal dancer in 1962.

Of all his accomplishments, he told The Times that he considered the Dance Theatre Of Harlem to be his greatest. Motivated by the assassination of Dr. Martin Luther King Jr., Mitchell and Karel Shook started the all-black classical ballet company in 1969 in a garage on 152nd Street, according to the company’s web site.

He remained the artistic director until 2004.

He was honored in an exhibition this year at New York’s Miriam and Ira D. Wallach Art Gallery, “Arthur Mitchell: Harlem’s Ballet Trailblazer.”