Roseanne Barr says she knows fate of her character, but does she?

According to Roseanne Barr, her character on “The Conners” will be killed off in a sadly topical way.

During a recent appearance on Brandon Straka’s YouTube show “Walk Away,” Barr appeared to spoil how ABC will deal with her firing.

“They have her die of an opioid overdose,” Barr said. 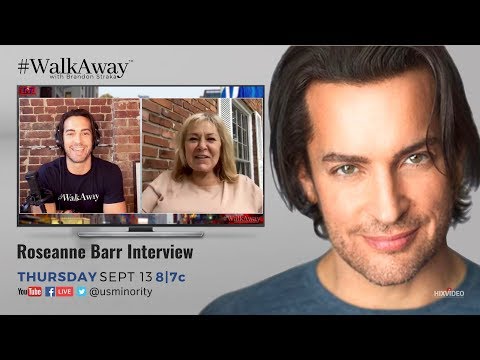 But there’s a question as to how much Barr actually knows.

Officials at ABC have not spoken with Barr for months, according to two sources with knowledge of the delicate situation.

When “The Conners” was ordered, ABC was insistent that Barr would have no creative or financial involvement with the show.

She is not involved in the writing or production of the new episodes, which casts further doubt on how she would know what the producers are planning to do with her character.

A source close to the production told CNN in July that Barr’s character would not be “killed off” the way Barr is now claiming.

Of course, anything could happen between now and the show’s premiere date, October 16.

When contacted by CNN, a spokesman for ABC said the network would not be commenting.

The rebooted “Roseanne” was pulled in May after Barr wrote a series of bizarre tweets.

The inside story of how ABC fired Roseanne Barr

Weeks later, ABC made the decision to revive the series – without Barr – as “The Conners.”

According to an ABC press release, the Conner family will face “a sudden turn of events” when the show debuts, forcing the television family to face “the daily struggles of life in Lanford in a way they never have before.”

“This iconic family – Dan, Jackie, Darlene, Becky and D.J. – grapples with parenthood, dating, an unexpected pregnancy, financial pressures, aging and in-laws in working-class America,” the release reads. “Through it all, the fights, the coupon cutting, the hand-me-downs, the breakdowns – with love, humor and perseverance, the family prevails.”

Barr has since said she “horribly” regrets writing tweets that many called racist.

Roseanne Barr tearfully breaks down in interview: ‘I lost everything’

In this most recent interview, the actress said she believes the “Roseanne” audience is being treated unfairly.

“It wasn’t enough to just do what they did to me,” Barr said. “They had to so cruelly insult the people who loved that family and that show.”