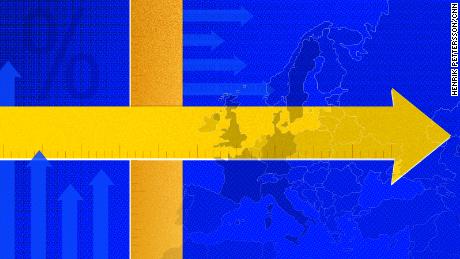 Sweden is voting in a pivotal election. Here's how it stacks up to Europe on the key issues

(CNN)Voters in Sweden will cast their ballots Sunday in a potentially game-changing election that could see the Sweden Democrats -- a once obscure far-right party with neo-Nazi roots -- become the second-biggest party in the perennially left-leaning country.

The political landscape in Sweden has changed dramatically since the last election in 2014. Sweden's open-arms approach to refugees in 2015 catapulted the populist, anti-immigrant SD party to political prominence, forcing many of the country's liberal and moderate parties to adopt more conservative policies around immigration.
While the immigration debate has dominated the headlines, there are a host of other critical issues on voters' minds, including healthcare, education and the environment.
Here's a look at how Sweden compares on these issues with the rest of Europe -- and what the country's largest political parties are pledging to do to tackle them.
These include the ruling Social Democrats, a historically working-class and center-left party; the Moderates, a traditionally center-right party; and the Sweden Democrats, the hard-right party that also claims to want to uphold the country's generous social benefits.
Read More

Healthcare is the top issue for 38% of Swedish voters, according to recent polls, and has been one of the central focuses of the campaign.
Swedish healthcare performs well compared to other European Union countr