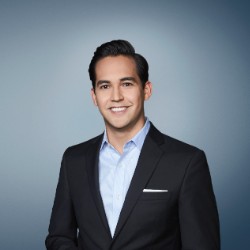 St. Paul’s Cathedral in Pittsburgh was about half-full at 8 a.m. mass on Sunday morning when Rev. Kris Stubna stepped up to the altar to deliver his homily.

“These have been very painful and difficult days for all of us in the church,” Stubna said.

Stubna was addressing the elephant in the room: a grand jury report released earlier this week that accused more than 300 Catholic “predator priests” of abusing more than 1,000 children over the past 70 years in six Pennsylvania dioceses. The report’s findings contributed to a growing international scandal over sexual abuse in the church, with incidents reported in the United States, Ireland, Australia and Chile, among others.

Related Article Pope on Pennsylvania sex abuse report: We abandoned the little ones

Pope Francis again expressed his pain over the situation, writing in a letter Monday that “we showed no care for the little ones; we abandoned them.”

“It is essential that we, as a Church, be able to acknowledge and condemn, with sorrow and shame, the atrocities perpetrated by consecrated persons, clerics, and all those entrusted with the mission of watching over and caring for those most vulnerable,” Francis wrote.

Related Article Pennsylvania AG: Cardinal under scrutiny over report on priest abuse 'is not telling the truth'

In Washington, Cardinal Donald Wuerl – who was the bishop of Pittsburgh from the late 1980s until 2006 – will hold a meeting of his Priest Council Monday to discuss the reaction to the grand jury report. Wuerl, who is accused by Pennsylvania Attorney General Josh Shapiro of helping cover up abusive behavior in the church, canceled a planned trip to the World Meeting of Families in Ireland because he was concerned that his presence would be a distraction, according to Archdiocese of Washington spokesman Ed McFadden.

Catholics worship after release of report

Sunday marked some of the first Catholic church services around the United States since the scathing report was released. During some of the masses attended by CNN, churches addressed the report by reading a statement from their bishop, or printing it in their weekly bulletin. Other congregations said a prayer for the victims of sexual abuse.

In the Diocese of Pittsburgh – one of the six scrutinized in the report and where 99 of the 300 accused priests served – there was no escaping the long shadow cast by the latest revelations.

“Our hearts are broken most especially for the victims of sexual abuse, and pain and brokenness that they have borne for years,” Stubna told his congregation. “Their voices need to be heard and we support them with our love and our prayers and stand in solidarity with them now and in the future.”

Related Article 'How could this happen again?' Why this Catholic abuse scandal seems worse than 2002

She extended her “heartfelt sorrow” to the victims, adding she hoped they would be able to move on with their lives.

“These poor people, what they’ve gone through all these years,” she said. “And for them not to be able to talk about it, for them to be encouraged to keep it secret, it’s awful.”

The nearly 900-page report took two years to compile. It detailed how Church officials chose protecting accused priests, and the Catholic church itself, over their victims, using what the grand jury called a “playbook for concealing the truth.”

Accused priests were sent to church-run psychiatric centers, and subjected to mediocre investigations by their fellow clergy, the report says. If a priest was removed from his position, parishioners were not told why, and the priests were often transferred to a new parish where the congregation was unaware of the accusations against him.

Frank Gliozzi, another parishioner, told CNN he was “very much encouraged” by Stubna’s homily, in which he directly addressed the grand jury report.

“Father Stubna hit the nail on the head,” Gliozzi said. “We need to pray, we need the help of God and the Holy Spirit to help us through these difficult times, and as we keep praying, that God will help us and get us through this, as he always does.”

He still trusts the church, Gliozzi said, regardless of this week’s report, but hopes there will be “a lot more introspection” about how to handle accusations and making sure they’re reported to the police.

I’m horrified. It’s so sad. As a Catholic, I’m ashamed.

Much of the report deals with alleged actions that took place prior to the 2002 Catholic sexual abuse scandal. That prompted the US Conference of Catholic Bishops to adopt new policies, and they pledged to report priests accused of abuse to police, include lay experts in abuse investigations and adopt “safe environment” training in their dioceses.

“By finding almost no cases after 2002, the grand jury’s conclusions are consistent with previous studies showing that Catholic Church reforms in the United States drastically reduced the incidence of clergy child abuse,” Greg Burke, director of the Vatican’s press office, said Thursday.

“I think they’ve already admitted to wrongdoing from decades ago,” he said. “It’s basically what’s going on now. They have no control about what went on 40 or 50 years ago, but as long as they can act upon new allegations or anything like that right now and achieve a successful resolution to these problems, that would be fine.”

Rev. Bernard Harcarik also addressed the report during Saturday evening mass at the Prince of Peace Parish on the south side of Pittsburgh.

The church, which is also known as St. Adalbert, was mentioned in the report. According to the report, Father George Zirwas was assigned there in the 1970s, and was later accused of a helping a group of priests abuse an altar boy during that time.

Zirwas died in 2001, according to the grand jury report.

The church’s bulletins featured a copy of a statement Pittsburgh Bishop David Zubik released earlier this week, in which he apologized to the victims and their families, but acknowledged that “sorrow and apology are not enough without action.” And multiple stories about the scandal were plastered across the front page of a community newspaper, “Pittsburgh Catholic,” that was available for parishioners to pick up.

Audrey Powala, a lifelong member of the parish, felt a mix of emotions about the report.

“You’re angry,” she said, “and you’re heartbroken, and your faith is shaken a little bit.”

Powala said she did not trust or believe the bishop or cardinal, Powala said, and called on them to admit to the extensive cover-up of abuse.

“I’m sorry, I just don’t believe it,” Powala said. “They should really admit to it.”

She would keep attending church, Powala said, but planned to stop donating money to the diocese.

“If I were to miss mass, they wouldn’t care,” she told CNN. “If you don’t go to confession or communion, they don’t care. But if you hit them in the pocketbook, where they get most of their money from their parishioners … that’s about the only way.”