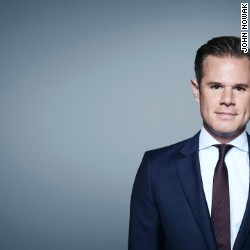 Florida’s Sen. Bill Nelson said in an interview he stands by his declaration that Russians have “already penetrated” the state’s voting systems – even as local officials await his response to their demand for more information.

After issuing a tersely worded letter Thursday asking Nelson to explain by Friday his statements about a hack of Florida’s election system, election officials in the state say they still have not heard from him.

Nelson, a Democrat in the middle of a difficult re-election fight, said last week that the Russians “have already penetrated certain counties in the state and they now have free rein to move about.”

In an interview with CNN on Wednesday, Nelson said “of course” when asked whether he still stood by his claims.

Nelson said his comments stemmed from his July 2 letter, co-signed by GOP Sen. Marco Rubio of Florida, warning the state’s officials to prepare for potential interference. He said the information in warning of a threat had come from the leaders of the Senate Intelligence Committee, Republican Chairman Richard Burr of North Carolina and ranking Democrat Mark Warner of Virginia.

But the letter did not go nearly as far as Nelson’s remarks.

The July 2 letter from Nelson and Rubio, addressed to Florida Secretary of State Ken Detzner, urged the state to take proactive steps to guard against Russian interference and to use federal resources. Citing the Senate Intelligence Committee, the letter says that “it is possible that additional activity occurred and has not yet been uncovered.”

Responding to questions sparked by Nelson’s comments, Burr sent a letter to the Florida secretary of state last week, asking local officials to consult with the FBI and the Department of Homeland Security about any activity in Florida. It neither confirmed nor disputed Nelson’s remarks.

Florida officials say they did reach out to FBI and DHS right after Nelson’s comments – as Burr told them to – and were told by both there’s no evidence to corroborate what Nelson’s talking about. They reached out again Friday asking for DHS to respond in writing, and they are awaiting that.

Told that Burr’s comments didn’t go as far as he did, Nelson said: “Well, they certainly did not deny it.”

To which Florida Department of State spokesperson Sara Revell responded, “They didn’t confirm it either.”

A DHS spokesman also issued a statement last week saying the department was unaware of new activity initiated in Florida.

Asked about the DHS pouring cold water on his statement, Nelson said: “Well, they’re not going to know. They don’t have the records. The records are retained by the local county supervisor of elections. So that’s why the intelligence leadership asked us to reach out to them, to say reach out to the FBI or DHS to come in and check the security of your system.”

Asked if he believed that Russians had already penetrated Florida voter rolls, Nelson said: “I think it is very clear that the Russians were in Florida in 2016, that they are continuing.”

Taking a shot at Gov. Rick Scott, his opponent in the Senate race, who has attacked him over his comments, the senator said: “And I think now it’s unfortunate that some Florida officials are using this for partisan political purposes.”

Burr would not comment to CNN when asked if he agreed with Nelson’s remarks: “You need to talk to Bill,” he said. “I put a statement out to the secretary of Florida. That’s pretty much my statement.”