By Stephanie Busari, CNN and Segun Akande, for CNN
Updated 9:51 AM EDT, Fri August 17, 2018
Link Copied!
Africa is brimming with innovative ideas. These schoolgirls from Nigeria have won the 2018 Technovation Challenge for their app that detects counterfeit medicine.

Scroll through to discover the inventions and innovations coming out of Africa.
Courtesy Uchenna Ugwu
Spotting fake drugs —
Their mobile app, called, FD-Detector, helps users identify fake medicines using a drug's barcode to verify its authenticity and expiration date.
Courtesy Uchenna Ugwu
Jacket diagnosing pneumonia —
This biomedical smart jacket created by Ugandan inventor Brian Turyabagye can diagnose pneumonia four times faster than a doctor. It analyzes the chest and then sends the information via Bluetooth to a smartphone app.

Read more about this biomedical breakthrough.
ISAAC KASAMANI/AFP/Getty Images
Virtual pharmacy for unused medicine —
A startup in Dakar, Senegal called JokkoSante helps locals exchange unused medication at a licensed pharmacy for points they can then spend on future medications.

Read more about the startup.
SEYLLOU/AFP/AFP/Getty Images
Fusing neurons with silicon technology —
Nigerian inventor, Osh Agabi, created a device that fuses live neurons from mice stem cells into a silicon chip. The device can be used to detect explosives and cancer cells.

Read more about it here.
Dorcas Adhiambo owino
Eye exams on a smartphone —
Smartphone app Portable Eye Examination Kit (Peek) has been used in Kenya, Botswana and India to test patients who would otherwise find getting proper eye care difficult.

Read more about Peek.
Courtesy Peek
Lending eyes to the blind —
BeSpecular, an app from South Africa, allows volunteers to remotely assist blind people. The app uses an algorithm to connect the right people, those similar in age and physical location.

Read more about this app.
BeSpecular
Mobilizing blood donations —
LifeBank is a smart blood system that locates available blood supplies and delivers it to hospitals in Lagos, Nigeria.

Read more about this drone delivery service.
zipline
Mapping cholera and malaria —
UNICEF and the Malawian government set up a drone testing corridor in Lilongwe to investigate how drones can be used for humanitarian work, like mapping cholera outbreaks and mosquito breeding sites.

Five months ago Jessica Osita had never used a computer, sent an email or even browsed the internet, yet she is part of a team of five teenagers who have just won a major tech award in California.

Despite their limited tech knowledge, the Nigerian teens learned how to build a mobile app from scratch by using opensource software from the Massachusetts Institute of Technology.

“I feel very excited and relieved. I’m extremely proud of myself,” Osita, 15, told CNN from San Francisco, in the group’s first interview since they won the 2018 Technovation Challenge on 9 August.

Named Team Save-A-Soul – Promise Nnalue, Jessica Osita, Nwabuaku Ossai, Adaeze Onuigbo and Vivian Okoye – spent five months researching and building the app and hope it can be a solution to the widespread sale of counterfeit drugs in Nigeria.

For Osita, there was a more personal, poignant reason for creating the app – her brother died after fake drugs were administered to him following an accident.

“My brother died from fake drugs. I’m very motivated by the death of my brother to solve this problem,” she said.

“With this app, we will relieve the burden. I feel very excited,” said Osita, who has ambitions to become a pharmacist. “I want to produce genuine drugs,” she says. 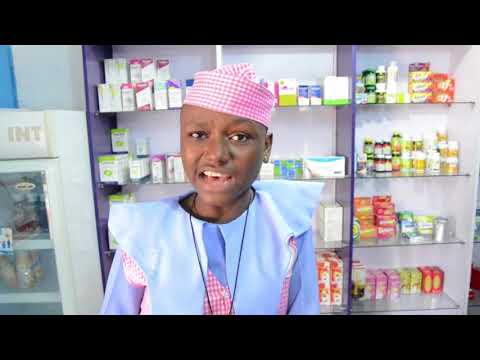 Osita and her four other teammates beat teams from the US, Spain, Turkey, Uzbekistan and China in the finals to secure the top spot in the junior category at the competition.

“Some people told me ‘you’re a girl, why are you going into tech?’” said Osita. “At first my parents didn’t understand what I was doing, but it’s only recently that they see what I’m doing. They are very, very proud.”

Since their win, they have been feted and the world’s media has been clamoring to interview them.

One of her teammates Promise Nnalue, 14, told CNN: “People are calling us celebrities and taking pictures with us. I’m very happy. We could not have done this without our mentor. She really believed in us and encouraged us,” said Nnalue, who aspires to become a doctor.

Speaking to the teenagers it is clear that their mentor Uchenna Ugwu has had a profound impact on their lives.

Ugwu was the one who introduced them to computers and coding through her Edufun Technik organization, which teaches STEM to underprivileged children in Anambra State, southeastern Nigeria.

Ugwu says her organization has taught approximately 4,800 school children since 2014 – over 60% of whom have been young girls – as a means of closing the widening gender gap in STEM education.

“This is the first interview I’m granting,” Ugwu told CNN from San Francisco where she says they are still in shock from the win.

“I’m overwhelmed. It was a beautiful experience for them. They have experienced so many firsts. They were entering a flight for the first time. The girls were scared and overwhelmed. They asked me ‘How can we compete with these countries who have been using tech for a very long time?’

“I told them ‘it’s not how long ago you started, but how well you do.’ I’m so proud of them because they were so determined to learn,” she said. “They were not the most talented in the coding class but they were the most determined. They stuck with the classes when a lot of their peers dropped out,” she added.

Ugwu, a mother-of three, said they practiced their pitch endlessly, and it was their effort and passion that helped them win.

“The girls really impressed a lot of people,” she said. “To be honest, every progress we made was a win to me.

“They have come very far qualifying out of more than 2,000 apps submitted. They are winners in every way,” she said.

“Five months ago, they didn’t have access to the internet or how to write an email. They could not believe that they had the opportunity to touch the almighty computer. It’s amazing.”

Nigeria has been fighting against drug counterfeiters for decades. In June, Nigeria’s National Agency for Food and Drug Administration and Control (NAFDAC) destroyed counterfeit drugs worth nearly $10 million.

Technovation is run by education nonprofit Iridescent and challenges girls aged 10-18 to create an app that solves problems in their communities.

“It is inspiring seeing the hard work and determination of girls around the world working to solve big challenges in their communities with smart solutions,” Iridescent founder Tara Chklovski said in a statement.

The Kenyan teenagers tackling female genital mutilation with an app

Ugwu hopes this win will encourage other young girls to tackle some of the problems Nigeria is facing.

“The next thing is to use this moment to inspire more girls. How do we leverage on this to build our nation? How do we inspire other girls to start thinking about solutions to our problems? We need to let young people know that they are the solutions to their problems, if we do that Nigeria will be better.”