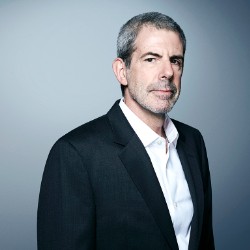 An assistant coach for the Wake Forest University men’s basketball team was placed on leave Friday after being accused of punching a man in New York. The man later died.

Jamill Jones, 35, was arrested Thursday in connection with the death of Sandor Szabo of Boca Raton, Florida. Jones was charged with third-degree assault, a misdemeanor in New York, according to his attorney.

The two men got into a confrontation early Sunday in the borough of Queens, and Jones allegedly struck Szabo in the face, according to the New York Police Department.

Szabo fell back, hit his head on the pavement and lost consciousness, according to police. Police say Jones drove away from the scene, and Szabo was transported to a hospital, where he died Tuesday from his injuries. Szabo had been treated for fractures to the left side of his face and the back of his head, and for bleeding on the brain, according to the complaint filed against Jones

On Friday, the New York City Office of the Chief Medical Examiner ruled the manner of death a homicide, and the cause of death was “blunt impact injury of head with brain injury,” according to spokeswoman Aja Worthy-Davis.

According to a law enforcement official, it appeared Szabo was trying to flag down a ride after leaving a relative’s wedding early Sunday when he came across Jones, who was in a white SUV.

An eyewitness said Szabo was banging on cars and slammed down on Jones’ vehicle before the confrontation, the official said.

Jones’ attorney, Alain Massena, told CNN on Thursday night that Jones learned through social media on Tuesday that Szabo had been injured and police were seeking a suspect. Massena contacted police Tuesday and arranged for Jones to turn himself in Thursday morning.

Jones is “hoping and praying that he’ll be able to continue at some point with his life,” the attorney said. Massena said the encounter between Jones and Szabo was “a tragic accident and we will deal with it in the courts.” He said Jones is cooperating with the police investigation.

Jones, of Kernersville, North Carolina, was arraigned Thursday evening in Queens Criminal Court, according to Massena. Jones did not enter a plea, and he was released on his own recognizance. He was ordered to return to court on October 2.

A Wake Forest Sports tweet said that Jones agreed with Athletics Director Ron Wellman that the decision to put him on leave “is appropriate at this time given the circumstances.”

The university expressed condolences to Szabo’s family and friends “following his tragic death.”

Jones joined the Wake Forest basketball program in May 2017, according to the team’s website. The Philadelphia native graduated from Arkansas Tech in 2008.

CNN’s Mark Morales and Dakin Andone contributed to this report.