In the last week, two Sikh men have been viciously attacked in central California 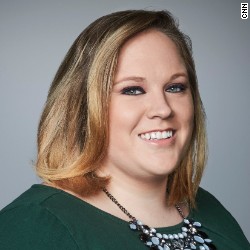 Within one week, two Sikh men were viciously attacked in two incidents in Central California and the Sikh community fears they may have been the victims of hate crimes.

Police say that could be a possibility.

On Wednesday, two teens were arrested in connection with an assault in Manteca on Sahib Singh Natt. Natt is seen on surveillance video being physically assaulted and spat on before the assailants run off.

Hundreds of people gathered on Tuesday night at Greystone Park in Manteca, just feet away from where the 71-year-old Natt was beaten. Supporters, community leaders and neighbors of the victim voiced their concerns about the attacks.

Related Article Who are Sikhs and what do they believe?

Another speaker, Randy Lee, was the neighbor who found Natt after he was attacked during his morning stroll through the park.

Natt was at the community event with his family by his side. His daughter, Rupinder Kaur, told CNN affiliate KOVR that Natt is paralyzed on the left side of his body because of previous medical issues, and could barely speak.

Surveillance video from a nearby house captured the attack on Natt, which happened around 6 a.m. Two men approach Natt and a confrontation ensues before one of the men kicks Natt, causing him to fall to the ground. He is able to get up and seems to try to fight back until he is kicked again, leaving him on the ground.

One of the suspects is seen on the video spitting on him and continuing to kick him. Police believe one of the men also waved a gun in the air as they left the scene.

Posted by City of Manteca - Local Government on Tuesday, August 7, 2018

“Due to the elderly male not speaking English, it is not known what the two males wanted,” reads a Manteca police statement. “The elderly man was medically treated and released from a local hospital.”

The assault on Natt was the second recent attack on a member of the Sikh community. After the attack, the Sikh Coalition released a statement for others to remain vigilant.

“This is the second violent assault of a Sikh man in California’s Central Valley within the last week and we strongly encourage the Sikh sangat in California to remain vigilant.”

In an incident on July 31, Surjit Singh Malhi, 50, was attacked as he was putting out political signs in Stanislaus County, 25 miles south of Manteca.

Malhi said the two attackers yelled, “Go back to your country,” and then began beating him.

“My turban saved me,” Malhi told CNN affiliate KCRA. “The way they were hitting me, (I thought) maybe I would die.”

Related Article This is what a Sikh child faces in America

Before leaving the scene, the attackers spray-painted Malhi’s truck with a white nationalist symbol and wrote “go back to ur country.”

The Stanislaus County Sheriff’s Department said it is investigating the assault as a possible hate crime.

“The only reason, as far as we can tell, is because he was wearing a turban and he was Middle Eastern,” Deputy Royjindar Singh told KCRA. “That was the only reason they attacked him.”

As of Monday, no arrests have been made in the attack. Malhi said the community has reached out to him to show support, and people from his local CrossFit gym helped clean the paint off his truck.

CNN reached out to the sheriff’s department to get an update in the case but a response wasn’t immediately available.

On Wednesday, Manteca police said Tyrone McAllister, 18, and a 16-year-old boy were arrested in connection with the attack against Natt.

McAllister is the son of Union City Police Chief Darryl McAllister, according to Manteca police spokesman Sgt. Stephen Schluer. Union City is in the San Francisco Bay area, about 60 miles west of Manteca.

“Chief McAllister’s status as a law enforcement leader has no bearing or relation to the case whatsoever, but he is devastated by how much the nature of his son’s actions are such a departure from everything he has stood for in his personal life and 37-year career of compassionate, engaging police work,” Union City police said.

“He and his wife worked with Manteca PD to help track down and arrest Tyrone this morning, as Tyrone has been estranged from the family and their home for some time.”

Both suspects are charged with attempted robbery, elder abuse and assault with a deadly weapon.

“This investigation is continuing into whether this incident meets all of the legal elements for charging as a hate crime,” reads a statement from Manteca police.

It was not clear whether the younger McAllister has an attorney.