After plastic bag panic, do Australians actually care about the environment?

It’s right there in the Australian national anthem – “Our land abounds in nature’s gifts, of beauty rich and rare.”

But despite their international reputation as an outdoor-loving, environmentally conscious population, how much do Australians actually care about their impact on the environment, at home or abroad?

The country made headlines across the world on Wednesday after a major supermarket chain decided to give away plastic bags indefinitely for free, rather than charge a small fee, after a customer backlash.

A sign, seen in a Coles supermarket in Sydney, advises its customers of its plastic bag-free policy on July 2.
PETER PARKS/AFP/Getty Images

Coles’ plastic bag flip-flop was just the latest example of Australians reacting badly to an environmentally positive policy which would inconvenience them at a personal level.

Previous attempts by the federal government to legislate action against climate change and provide greater support of renewable energy have been met with vicious opposition.

“I think most Australians don’t really privilege the environment above their own convenience,” Jamie Fitzpatrick, distinguished professor of geography and environmental studies at University of Tasmania, told CNN.

“They might be sympathetic to the environment and think it’s a good thing to have koalas and not having climate change and have clean water and stuff like that, but when it comes to making a decision between what you do and what’s convenient and easy, it’s just further down the wish list.”

Charred trees and bushes stand amid the aftermath of a destructive bushfire near One Tree Hill in the Adelaide Hills on January 5, 2015.
BRENTON EDWARDS/AFP/Getty Images

Many states and territories, including the Australian Capital Territory, had charged for plastic bags for years with very little complaint.

But when the decision to charge for plastic bags was rolled out more widely across the country, the reaction, particularly in conservative media, was livid.

Justifying the initial decision to end charges indefinitely on Wednesday, Coles had said customers needed “more time to make the transition,” but reports from union officials published in local media talked about checkout workers being attacked over the decision to charge for plastic bags.

“(One customer) came up behind (a checkout worker) and put his hands around her throat,” the Shop, Distributive and Allied Employees’ Association Western Australian assistant secretary Ben Harris told Australia’s Nine News.

The union even felt it necessary to run a national campaign discouraging abusive behavior to checkout workers over the ban, titled “Don’t Bag Retail Staff.”

Don't Bag Retail Staff - No One Deserves A Serve 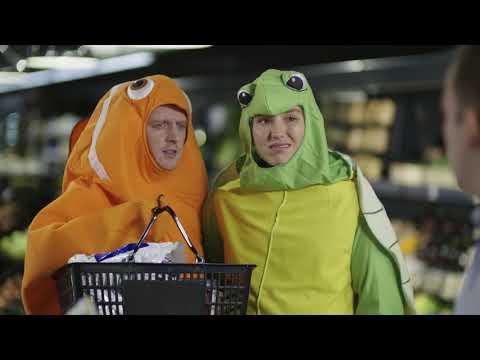 Before Thursday’s reversal by Coles was announced, conservative columnist and TV host Andrew Bolt celebrated the decision on his blog, where he encouraged customers to boycott Coles main competitor, Woolworths, to protest against “mindless green gestures.”

Bolt had previously written multiple columns in Australia’s local papers calling for the plastic bag charge to be overturned, even implying reusable bags were bad for people’s health.

“It’s bad enough that Woolworths wants to stuff its customers around with its pointless new plastic bags ban, but must they die for the planet as well?” Bolt wrote on June 25.

It isn’t just a deep-seated hatred of paying for plastic bags which has revealed Australians reluctance to pay for environmentally positive policies.

When the center-left government under Prime Minister Julia Gillard announced it would be legislating a carbon price to reduce Australia’s greenhouse gas emissions in 2011, a group of protestors carried a coffin into parliament with “democracy” written on it.

Study shows melting of Antarctica is speeding up

In 2012, Gillard’s carbon price was met with furious opposition following its passage, including protests with banners with slogan like “ditch the witch,” and it was struck down by the conservative Liberal Party after a change of government in 2013.

Repeated polling has shown that at least 64% of Australians believe climate change is occurring and human beings are responsible, according to a September 2017 poll by Essential.

But when it comes to taking action, particularly action which comes at a cost or raising power prices, Australians have been less enthusiastic.

A Newspoll survey published in The Australian newspaper in October 2017 found almost half of those polled would support dropping out of the Paris Climate Change agreement if it would lower power prices.

“Climate action is a car wreck in Australia at the moment,” Fitzpatrick said.

Speaking to CNN, writer and commentator Jane Caro said the big problem with Australians was that they were complacent about their country’s natural beauty.

“We don’t quite realize how under threat it is … We look out our window and see beautiful blue skies and oceans and we drive down the road to a national park,” she said.

“We’re an adolescent country, we find it hard to think widely.”

But they might not be able to pretend much longer. Australia is in the grip of a severe drought, with huge swathes of the country’s most populous states without sufficient water.

Meanwhile the ever-present threat of bushfires grows more immediate and severe with every passing year.

“People are making comments to me, because we’ve had such mild winters and we’re looking at what’s going on in Europe and forest fires in the Arctic Circle, and what they’re thinking is, what is this summer going to be like?” Caro said.