He questions the concept of using a "white voice"

“I was a little kid and I said like three words, ‘I am Malcolm X,’” Washington recalled with a smile in a recent interview with CNN. “That was my one line, and I delivered with passion.”

It didn’t hurt that his father, Denzel Washington, was the star of Lee’s 1992 critically acclaimed film “Malcolm X.”

Washington segued from dreams of an NFL career (after playing as a running back at Morehouse College in Atlanta, Georgia, he was signed by the St. Louis Rams in 2006 and went on to play for the United Football League) to carving his own path in Hollywood.

While many know the 34-year-old as Ricky Jerret in the HBO comedy series “Ballers,” Washington next appears as real-life police detective Ron Stallworth in “BlacKkKlansman.”

Based on Stallworth’s memoir, the film tells his story of being the first black detective in the history of the Colorado Springs Police and how he infiltrated the Ku Klux Klan by pretending to be a potential recruit – over the phone. 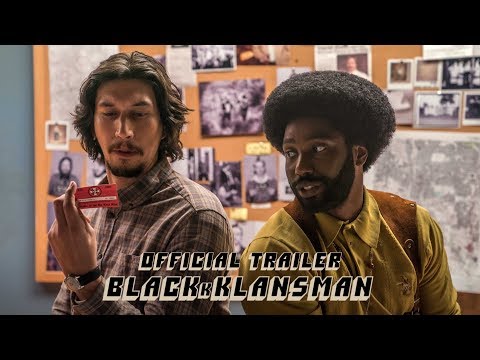 Washington spoke to CNN about about the timeliness of “BlacKkKlansman” and the meaning of people of color using “their white voice.”

CNN: How did you get into acting?

By a painful injury. I tore my Achilles and a close friend of mine, who is now my agent, wanted me to audition for a TV show about football players. I told him I wanted to go study, to go to school for [acting] and he said, “No, do both. Learn how to get rejected in the audition process while studying.” I said, “Oh yeah, I can do that. I’ve been getting rejected in the NFL so this should be no sweat.”

Low and behold, I got the part. It took 10 auditions, it was a process, but I booked my first job.

CNN: What did you take from football that has helped you as an actor?

A whole bunch of things. The concept of team play truly gives you a chance to win or succeed in truth, telling like it did on the field. Scheduling, your concentration, your discipline, all of that, to me, is a direct result of football and how I apply it to my work now.

CNN: Even though this film is set in the past [the 1970s], it feels incredibly timely. Talk to us a little bit about that.

I think that’s a style choice by Spike Lee. It is a period piece and I was listening to nothing but ’70s music and looking at old YouTube footage of old ‘70s content.

But hate is generational. The target words, as the real Ron Stallworth has told me, there are target words, trigger words that hate seems to be drawn to, attracted to, that it sort of lives off of. It’s like a life form.

That’s why Spike made the artistic choices he did. We’re not cursing just to be cursing, for shock value. These words are specifically placed because this is how he could get in, it was his way in.

All these words they said back then, they’re saying now. These are the same words.

Hopefully the film highlights what some of your coworkers, what they might say at the Sunday barbeque. This is how they talk. And, ok, if that’s the case, let’s talk about why. Where did this hate come from?

CNN: Which brings me to my next question: We are incredibly divided in this country right now with everything that’s going on politically. Do you think that might have an effect on drawing an audience at all for this movie?

I think that this will spark the curiosity. I mean, you see the poster, it’s a brother with a hood. That’s intriguing.

CNN: Were you familiar with Ron’s story before you became attached to the project?

No. And that’s another thing: If I’m a movie goer, I’m definitely going to see it just because I can’t believe it’s true.

When I got to meet him, he showed us his Ku Klux Klan membership card and it really brought it home, feeling the weight of that. It was incredible

CNN: When you met him was the most important thing to you that you would bring the character in playing him?

Authenticity. The truth, inside out. Not to mimic, not to try to imitate or act like him. I wanted to get his stories and find out what he valued most and what was going on during those times. That was the most important thing to me to get into my DNA.

I used that as the road map to try and navigate through the story with great guidance from Spike Lee.

He told me, “Ron Stalworth is not the Bible, so don’t get too hung up on trying to act like him.” It was nice to hear him say that and trust my instincts.

I was able to trust those instincts because you are playing opposite so many great actors: Laura [Harrier], Adam [Driver], Topher [Grace], Corey [Hawkins]…there are so many great perfomances that it makes it that much more freeing and fluid.

CNN: This is the second, recent high-profile film to deal with “code-switching,” where people of color use their “white voice.” (“Sorry to Bother You,” starring Lakeith Stanfield and Tessa Thompson, also involves a code-switching plot.)

CNN: No, you go ahead as it seems like you have some strong feelings about that.

I guess I do! What is that supposed to mean, my “white voice?”

I went to private school, but I’ve got family from North Carolina. I went to a HBCU [historically black college or university]. I’ve got a lot of experiences, so what am I supposed to talk like?

There’s a line in the film, “What does a black man talk like?” I freaking love that line because it’s true. What does that mean?

[Ron says in the film] “I can speak the King’s English, I can speak jive.”

When you say this “code-switching,” I don’t want to say that I take offense to that, but some people have been able to travel or just have different experiences – that’s in their DNA through what they have learned through life or educationally.