Sunburned? You’re not the only one.

According to data from the National Oceanic and Atmospheric Administration (NOAA), 2018 is on pace to be the fourth hottest year on record. Only three other years have been hotter: 2015, 2016 and 2017.

The upward trend is not lost on experts, who say the rising temperature is a clear indicator of global warming.

“The impacts of climate change are no longer subtle,” said Michael Mann, a climate scientist and director of the Earth System Science Center at Penn State University.

“We are seeing them play out in real time in the form of unprecedented heat waves, floods, droughts and wildfires. And we’ve seen them all this summer,” he said.

Even more than weather extremes – like droughts or flooding – climate change is best exemplified by the consistent rise in temperatures year after year. Any single location can have higher or lower temperatures over the course of a day, month or year. But the warming of the planet is easiest to observe by measuring across global temperatures.

The cause of that climate change is the trapping of greenhouse gases like carbon dioxide in the Earth’s atmosphere. That phenomenon, exacerbated by human industrialization, traps heat in the oceans and on land and raises the temperature of the entire globe.

Data from NOAA shows that the first half of 2018 was characterized by warmer to much-warmer-than-average conditions across the Earth’s land and ocean surfaces.

Record heat was seen over parts of the Mediterranean Sea, New Zealand and areas across North America, Asia and Australia. At the other end of the climate spectrum, no land or ocean areas had record cold temperatures in that same January to June period.

A global map of temperatures, with red showing warm areas and blue showing colder ones, appears as a map full of pink and red spots.

A vast majority of the globe has been warmer than average so far in 2018, with only a few locations below average.
NOAA

One large expanse of Pacific Ocean water is depicted in light blue and represents below average temperatures. That is a result of La Niña, the name for the cyclical cooling of the water in the equatorial Pacific. La Niña would normally cool the planet more than what we have seen this year.

As a whole, land and ocean surfaces are currently 0.77 degrees Celsius higher than the 20th century average. The hottest year on record was 2016, followed by 2015 and 2017.

Extreme conditions are, individually, just a single data point. But taken together, the extreme high temperatures and conditions tell a story of increased effects from climate change, experts say.

A man wipes the sweat from his face in the scorching heat at a business district in Tokyo, Monday, July 23, 2018. Searing hot temperatures are forecast for wide swaths of Japan and South Korea in a long-running heat wave. The mercury is expected to reach 39 degrees Celsius (102 degrees Fahrenheit) on Monday in the city of Nagoya in central Japan and reach 37 in Tokyo. Deaths have been reported almost every day. (AP Photo/Koji Sasahara)
Koji Sasahara/AP

Record-breaking summer marches on to the beat of climate change

“But today, climate change is loading the dice against us, making certain types of extremes, such as heat waves and heavy rain events, much more frequent and more intense than they used to be,” Hayhoe said.

Much of Europe has been baking under a massive high-pressure ridge that is allowing tropical heat to climb all the way to the Arctic and blocking cooling rainfalls from ending the stretch of hot weather.

Temperatures above 32 degrees Celsius extended to the northern reaches of Scandinavia, setting records in Sweden, Finland and Norway for stations above the Arctic Circle.

The result has been a string of unprecedented wildfires in Sweden that have prompted the country to request assistance from other nations such as Italy, with more resources to fight wildfires.

The drought is even visible from space. Satellite images of Europe taken on May 20 and July 26 show how large stretches of green vegetation have turned into dry brown areas. 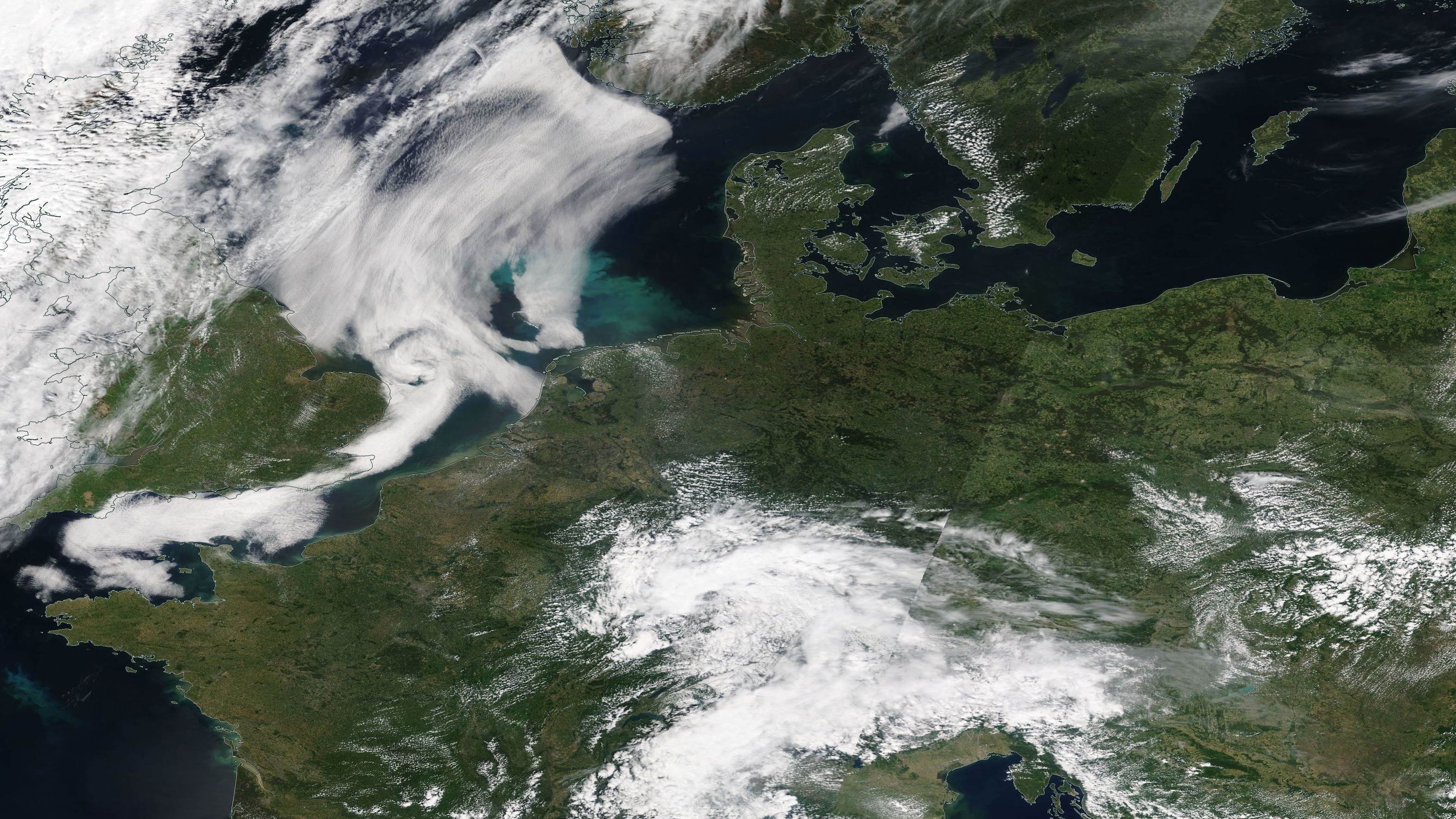 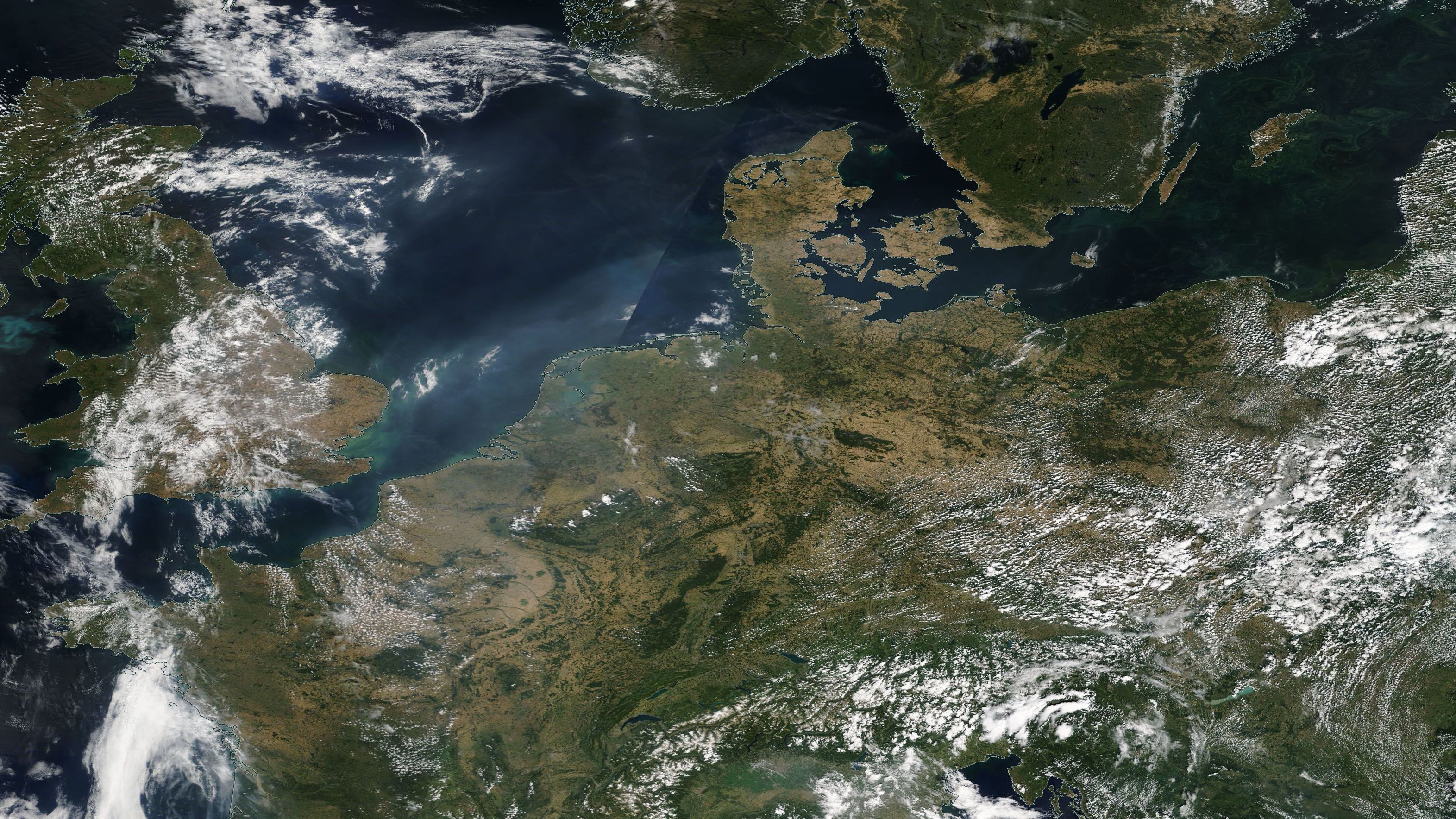 The extensive heat and drought have hit Europe hard. Satellite imagery shows how the vegetation has gone from lush green across northern Europe in May to brown seen in late July.

The United Kingdom is off to its driest start to a summer, according to the Met Office, and it has been one of the hottest on record, coming in just 0.1 C behind the average temperature during the hottest summer on record in the UK, which averaged 21 C in 1976.

Certainly, droughts existed before human-caused climate change. But just this week, a report from the Environmental Audit Committee in the United Kingdom warned that deadly heat waves are projected to become a bigger problem going forward.

Meanwhile, countries as distant as Canada and Japan have experienced deadly heatwaves, South Africa is facing its worst drought in more than a century and the US is battling a series of fierce wildfires.