When Christina Potts was looking for permanent birth control, she said, her doctor was a “cheerleader” for one option and one option only: Essure.

Potts says the device, which is implanted in a woman’s fallopian tubes to block sperm from reaching an egg, left her in terrible pain and extremely fatigued.

It was so bad that she had a hysterectomy, removing her uterus and tubes to get rid of Essure.

Bayer to stop selling Essure birth control device in US

Last week, the US Food and Drug Administration expressed safety concerns about Essure, and Bayer Pharmaceuticals announced that it would pull the device off the market at the end of the year.

Potts says she’ll always wonder this: Did her former gynecologist recommend Essure because it was best for her or because Bayer paid the doctor tens of thousands of dollars?

A CNN analysis of federal data, shows that from August 2013 through December 2017, Bayer paid 11,850 doctors $2.5 million related to Essure for consulting fees and similar services.

These payments are legal but very controversial.

Potts’ doctor was one of the highest earners, according to federal data. Dr. Cindy Basinski was paid $168,068 for consulting fees and similar services from August 2013 through the end of 2017.

More than 80% of the money that Bayer paid to Indiana doctors for Essure was paid to her. Nationally, she was the second highest-paid doctor for the service, one of just three doctors to earn more than $100,000.

The financial information comes from a federal database that covers August 2013 through the end of last year. Basinski said she also received payments related to Essure for about five years before that, but the database doesn’t go back that far, and Basinski says she doesn’t remember what she was paid during those years.

Basinski says she’s so convinced of Essure’s safety that she’ll continue to implant it into women until the device comes off the market.

Dr. Cindy Basinski said "I did a lot of work to earn that money. A majority of activities were involved with educating physicians."
CNN

Studies by scientists at the University of North Carolina, Yale University, the George Washington University and Harvard Medical School, among others, show that when doctors are paid by pharmaceutical companies, they’re more likely to prescribe drugs made by those companies.

In those studies, the payments are typically much more modest than what Basinski has received. But the gynecologist said her clinical judgment hasn’t been swayed by the money.

“I will say that I do not feel that it influenced me at all in any way,” she said.

She said she could have earned the same amount if she’d been seeing patients during the hours she was paid by Bayer to educate doctors about the device and how to implant it.

“I think that there can be professional relationships with companies and physicians. I did a lot of work to earn that money,” she said. “A majority of activities were involved with educating physicians.”

She added that she’s turned down money – in some cases more than Bayer paid her – because she did not believe in a certain product.

Bayer announced last week that declining sales is the reason it will pull the device off the market and that it stands by the safety of its product.

But according to a US Food and Drug Administration statement put out the same day, the device has been associated with “serious risks including persistent pain, perforation of the uterus and fallopian tubes, and migration of the coils into the pelvis or abdomen.”

Bayer’s announcement came just days before Netflix premiered a documentary about the dangers of Essure and other medical devices, “The Bleeding Edge.” 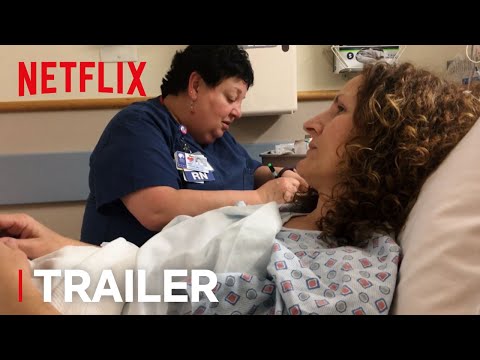 On Friday, Bayer posted a “fact check” to the documentary, which states that the film “presents an inaccurate and misleading picture of Essure.”

Also Friday, the pharmaceutical company published an “Open Letter to Patients and Providers About Essure,” which states that the company’s decision to stop selling Essure “was not based on concerns about the safety and efficacy of Essure. Essure has been on the market for more than 15 years and has been successfully used by hundreds of thousands of women.”

The Netflix documentary features a group of women who lobbied Congress for years to get Essure off the market.

Their private Facebook group, Essure Problems, has more than 37,000 members, including more than 12,000 women who say they’ve had a hysterectomy or other surgical procedure to remove the device, according to group founder Angie Firmalino.

When Potts, who teaches children with special needs in Petersburg, Indiana, gave birth to twins Eli and Brena in 2006, she and her husband knew that they wanted permanent birth control. With four children – they have an older daughter and son – their family was complete.

Potts, then 27, asked Basinski about getting her fallopian tubes tied, but she says Basinski told her that wasn’t a good choice for a woman with four young children, because it involved recovery time from the surgery. Essure could be implanted vaginally right in the office, in a procedure much like a routine Pap smear.

Christina Potts had a hysterectomy to remove her Essure device.
CNN

“She was very upbeat about it,” Potts said. “I felt like she was very pushy.”

She and other patients who saw Basinski told CNN that the doctor seemed like a cheerleader for Essure. Potts said that’s why she didn’t call Basinski when she developed headaches, joint pain, abdominal cramping and extreme fatigue about a year after she got the implant.

She said she felt so sick that she had to rely on her oldest child, then 8, to help with her three younger children.

Since the hysterectomy, her symptoms have almost completely gone away, she said.

Potts says she’s angry that, in her memory, Basinski dismissed having her tubes tied, also known as tubal ligation, the other option for permanent female birth control.

She felt “violated” because she felt that her choice was taken away.

“I felt like it was Dr. Basinski’s decision, more or less, because she said that this was best, and I wasn’t really given another option,” she said.

Basinski said she couldn’t recall her conversation with Potts, but said she felt Potts was not remembering the conversation correctly. She said she routinely gives patients options for sterilization procedures.

“In my notes I did document that I talked about risks, benefits, and alternatives with her,” Basinski said.

Another patient said Basinski also dismissed tubal ligation as an option in favor of Essure. That patient, who requested not to be named to protect her privacy, later went to a different doctor to have a hysterectomy to remove the device.

Basinski says that if it seems to her patients that she stresses Essure, that’s only because it’s a relatively new device – it was approved by the FDA in 2002 – and so it requires more explanation.

But Potts and other patients say Basinski’s marketing puts that claim into question. She’s had YouTube videos, a website and a highway billboard all devoted to Essure.

In 2009, she appeared on “The Balancing Act,” a television show aimed at women, along with Trista Sutter, a former “Bachelorette” contestant who had been implanted with the device.

No Hormones In This Permanent Birth Control Method! 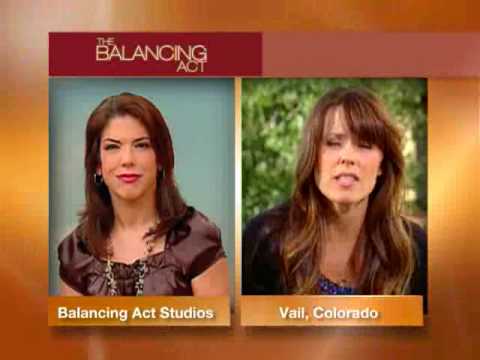 The host asked about the popularity and risks of Essure.

“Well, I’m going to tell you something, because of Miss Trista here, I think we’re going to have women flocking to the doctor’s office to get Essure,” Basinski said. “When women find out about this, they want this procedure.”

CNN spoke to two of her former patients who were pleased with Essure.

“Knowing Dr. Basinski, I don’t believe that she would ever be biased in leading a patient towards something that she didn’t feel was appropriate for them,” said Cindy Dossett, who was implanted with Essure in 2008. “I have always trusted her judgment. She has never given me any reason not to, and I wouldn’t say that about all doctors.”

In a statement to CNN, Bayer said that “close cooperation with, and continuous education of, healthcare professionals is key to achieving better outcomes for the patients we strive to help.”

The statement added that health care professionals “are compensated for their expertise and the services they provide to the pharmaceutical industry. It is appropriate and ethical for Bayer to compensate medical professionals for the time they spend on these activities.”

Friday Bayer provided CNN a document outlining the company’s procedures for Essure related payments to outside medical experts. “These agreements between Bayer and its consulting physicians do not compensate them for the use of Essure,” it states. “They are not being paid by Bayer to purchase, prescribe, or otherwise support Essure.”

Dr. Martin Makary, a professor of surgery and patient safety expert at Johns Hopkins Medicine, said that although it’s ethical for a pharmaceutical company to pay a doctor for genuine research, he doubted that the more than 11,000 doctors paid by Bayer were involved in such efforts.

The FDA estimates that Essure has been used by more than 750,000 patients worldwide since it was approved on November 4, 2002. At the time, Essure was manufactured and marketed by Conceptus Inc., which Bayer acquired in June 2013.

According to the FDA, reported adverse events “cannot be interpreted or used in isolation to reach conclusions about the existence, severity or frequency of problems associated with devices” and “confirming whether a device actually caused a specific event can be difficult based solely on information provided in a given report.”

In April, the FDA restricted sales of Essure to only doctors who give patients FDA-approved patient education materials that describe the risks.

Basinski says she wishes women could keep getting Essure beyond the end of this year.

“I think it is a safe and viable option for women, and I’m very sad that it’s not available in the marketplace after December of 2018 for women [for whom] this may be the right option,” she said.

This story has been updated with additional comments from Bayer and added detail on the adverse event reporting process for medical devices.