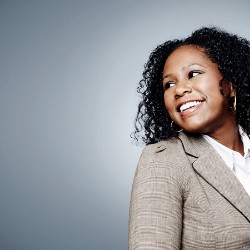 In August of 2010, 7-year-old Kyle Lewis was blissfully enjoying his last few days of summer vacation at a river in Texas, squeezing in hours of swimming and family time before heading back to school.

The baseball fan, along with his older sister and his parents, Jeremy and Julie, were relishing their carefree time spent on the water.

“I remember sitting outside talking to Julie, and commenting on, this is probably the best vacation we’ve ever had together,” Kyle’s father Jeremy told HLN.

But that vacation would swiftly turn into devastation for the Lewis family. Within a week of their return from the river, Kyle Lewis was dead.

The 7-year-old had been exposed to an amoeba called Naegleria fowleri, a parasite that lives in the kind of warm water in which Kyle went swimming.

“It’s a small, little parasite, (and it) will get into the sinuses and eventually will start to make its way up from the base of the brain all the way back to the brain stem area,” CNN Chief Medical Correspondent Dr. Sanjay Gupta said on the HLN series, “Something’s Killing Me.” “So you can imagine this little amoeba starting to crawl, literally devouring some of the tissue as it goes along, using that brain tissue as a fuel source and making its way further and further back into the brain.”

The result is a brain infection called primary amebic meningoencephalitis (PAM), which is uncommon but lethal. The US Centers for Disease Control and Infection (CDC) began tracking cases of PAM in 1962, and through 2016 there were 143 instances reported in the United States – only four of those people have survived.

Dr. Dennis Hernandez, a physician at Florida Hospital for Children, treated one of those survivors, Sebastian DeLeon, in 2016. “We hear about (this amoeba) during the summer,” he explained, “because that’s when it typically grows.”

But before you panic, know that the “brain-eating” infection the amoeba causes is rare. The amoeba cannot infect you if you drink contaminated water, said Dr. Rajan Wadhawan, chief medical officer at Florida Hospital for Children. The parasite becomes a danger “only when it goes up the nose forcibly,” Wadhawan said.

Here are six common questions about the parasite and the condition it causes:

Where would I be most at risk?

According to the CDC, Naegleria fowleri is typically found in warm bodies of freshwater in the southern part of the United States, although infections have recently occurred in northern states as well. July, August and September are when infections typically occur.

In addition to warm bodies of freshwater, the brain-eating amoeba can also be found in “hot springs; warm water from industrial plants; naturally hot drinking water sources; poorly maintained swimming pools or ones with minimal to no chlorination; water heaters; and soil.” the agency says.

How would I get it?

Most likely through “recreational water activities (like) swimming, water-skiing, wakeboarding – those activities that may allow more water to go up the nose,” Dr. Jennifer Cope, an epidemiologist with the CDC, told HLN.

What are the symptoms of infection?

According to the CDC, symptoms usually present about five days after infection. At first that may include headache, fever, nausea or vomiting, and that may later be followed by stiff neck, confusion, hallucinations and seizures.

What should I do if I think I’ve been infected?

The CDC says the risk of infection from the brain-eating amoeba is very low, with just 40 reported infections between 2007 and 2016. But if you experience the sudden onset of fever, headache, vomiting or stiff neck after being in a warm body of fresh water, the agency recommends you seek medical care.

Kali Hardig, brain-eating amoeba survivor, makes it against all odds

Why is it so deadly?

The infection progresses rapidly once its in your system; most patients infected by the brain-eating amoeba survive only one to 12 days, the CDC reports.

Infection from the parasite causes an inflammatory response “which results in swelling in the brain that leads to elevated pressures in the brain, and that ultimately pushes the brain down through the skull. And that is ultimately what usually causes death,” the CDC’s Dr. Cope said.

How can I protect myself and my family?

The CDC says to assume that the brain-eating amoeba is present in warm bodies of freshwater across the United States. Remember that, while the parasite is common, getting infected is not – and there are things you can do to practice prevention.

The CDC recommends avoiding putting your head under water in hot springs; taking care not to stir up sediment in shallow rivers and lakes; using nose plugs, holding your nose shut or keeping your head above water; and when it gets really hot, avoid playing in those freshwater areas altogether.