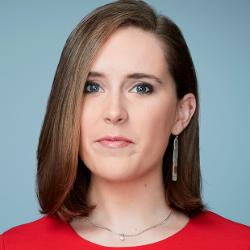 President Donald Trump’s top intelligence official, Dan Coats, said he had no idea what Trump told Russian President Vladimir Putin in their meeting in Helsinki on Monday, a session Coats said Trump did not seek his advice on or he would have suggested the President do it “a different way.” He also appeared blindsided when he was told the White House is in discussions about inviting Putin to Washington in the fall.

Coats’ extraordinary admission Thursday at the Aspen Security Forum in Colorado is the latest indication of the chasm between the President and his intelligence community and comes in a week that began with Trump standing next to Putin openly contradicting his own intelligence leaders, saying he didn’t “see any reason why” Russia would be responsible for interfering in the 2016 election and touting Putin’s denial.

Coats also said he needed to “correct the record” after he put out a statement on Monday – without consulting the White House – in which he reasserted the intelligence community’s assessment that Moscow had interfered in the election after Trump expressed doubts about that finding in the joint news conference with Putin.

He appeared stunned at hearing that the White House has begun discussions about inviting Putin to Washington in the fall. When told of the news, he asked Mitchell to repeat herself and said, “That’s going to be special.”

He also said Trump hadn’t asked him for advice before the meeting: “If he had asked me how that ought to be conducted, I would have suggested a different way, but that’s not my role. That’s not my job. So it is what it is.”

He made clear he had no doubt about the Russian President’s role in the country’s interference efforts. “I think anybody who thinks that Vladimir Putin doesn’t have his stamp on everything that happens in Russia is misinformed,” he said.

Coats re-emphasized the importance of securing US voting systems prior to the midterm elections. “We need to assure the American people that we’re doing everything we can to make sure there’s a clean election.”

Despite speaking critically about Putin, Coats did say the US sometimes coordinates with Russia on very specific topics including counterterrorism. He said he met recently with his Russian counterparts to share intelligence on a potential attack in St. Petersburg.

Coats, a two-time former senator, criticized the current atmosphere of intelligence oversight in Congress. “Things have been accomplished, but I think it could be a much better atmosphere,” he said.

He also commented on the now-infamous meeting in the Oval Office between Trump and his national security team and Russian officials Sergey Kislyak and Sergei Lavrov, saying he did not know it was happening at the time but that it was “probably not the best thing to do.”

Despite the “political swirling” happening overhead and days where he wonders “what am I doing,” Coats said he would stay in the job as long as he has the “ability to seek the truth, and speak the truth.”