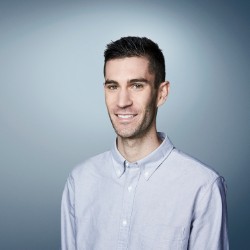 By Spencer Feingold
Published 1:18 PM EDT, Thu July 12, 2018
PHOTO: RONALDO SCHEMIDT/AFP/AFP/Getty Images
A team works on the top of the Teopanzolco pyramid in Morelos State, Mexico, on Wednesday. Damage caused by a 2017 earthquake revealed a substructure inside then pyramid.
(CNN) —

Scientists at the Teopanzolco archeological site discovered an ancient temple this week that was exposed by a devastating earthquake in central Mexico last September.

The temple was spotted by archaeologists from Mexico’s National Institute of Anthropology and History (INAH) as they scanned the ancient Aztec structures for damage caused by the quake.

The temple was found inside a pyramid and will likely change the chronology of the ancient site.

“There was no news, until now, of the existence of a substructure within the pyramidal structure,” said INAH Director Isabel Campos Goenaga at a press conference. “What we found could correspond to Teopanzolco’s oldest temple.”

PHOTO: RONALDO SCHEMIDT/AFP/AFP/Getty Images
The substructure is believed to be older than the pyramid that surrounds it.

The newly discovered temple is estimated to have been constructed around 1150-1200 AD, according to INAH. The rest of the structures are dated to the late post-classic period around 1200-1521 AD.

PHOTO: Alfredo Estrella/AFP/Getty Images
People remove debris of a building which collapsed after an earthquake rattled Mexico City on September 19. A powerful earthquake shook Mexico City on Tuesday, causing panic among the megalopolis' 20 million inhabitants on the 32nd anniversary of a devastating 1985 quake.

Ceramic remains and coal were also discovered in the temple, which scientists say could have been used for ritual activities.

Teopanzolco is located in the Mexican state of Morelos just 45 miles south of Mexico City. On September 19, the area was struck by a 7.1 magnitude earthquake that killed more than 200 people and devastated the region’s infrastructure. Seventy-four deaths were reported in Morelos.

“In spite of what the earthquake meant, it is necessary to be thankful that … this natural phenomenon [revealed] this important structure,” Goenaga added.