The Black Eyed Peas are commenting on police brutality and racism in the music video for their song “Get It.”

The video, directed by Ben Mor, shows officers arresting and frisking men as the camera pans down a Los Angeles street. In several scenes, officers are seen shooting or pointing their guns at bloody bodies. It ends with marchers holding tiki torches like those seen in Charlottesville, and a President Trump lookalike. 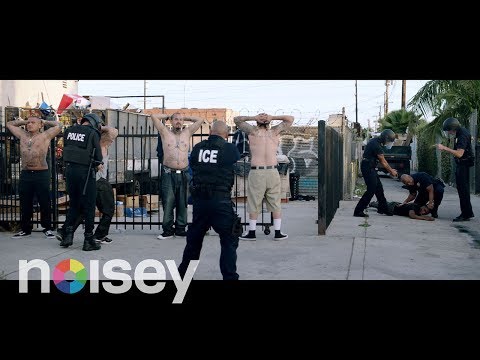 The group’s most recent songs, “Street Livin” and “Ring the Alarm, Pt. 1, Pt. 2, Pt. 3,” have also focused on political and social issues like racial and economic inequality in America. The Black Eyed Peas have recorded socially conscious songs before, like 2003’s “Where Is the Love?,” but their latest singles represent a shift from party anthems like “Boom Boom Pow” and “I Gotta Feeling.”

Pop music has become noticeably more political this year, with musicians weighing in on issues and joining protests. In May, Childish Gambino’s “This Is America” became the most explicitly political No. 1 since Lady Gaga’s “Born This Way” in 2011.