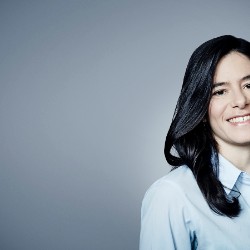 The Trump administration announced Saturday that it will temporarily halt billions of dollars in payments under the Affordable Care Act’s risk adjustment program, a move that could shake up insurance markets.

The Centers for Medicare and Medicaid Services (CMS), the agency that oversees the program, cited a recent federal court decision that found the formula for calculating the risk adjustment payments to be flawed. In a March 2018 ruling out of New Mexico, US District Court Judge Thomas Browning that the methodology used by the federal government was “arbitrary and capricious” and remanded it back to the agency, according to Lexis Legal News.

“We were disappointed by the court’s recent ruling,”” CMS Administrator Seema Verma said in a statement. “As a result of this litigation, billions of dollars in risk adjustment payments and collections are now on hold. CMS has asked the court to reconsider its ruling, and hopes for a prompt resolution that allows CMS to prevent more adverse impacts on Americans who receive their insurance in the individual and small group markets.”

The Wall Street Journal was the first to report the expected suspension of the payments. The payments insurers expected this fall, based on their 2017 business, amounted to $10.4 billion.

“We are very discouraged by the new market disruption brought about by the decision to freeze risk adjustment payments,” the group said in a statement Saturday. “This decision will have serious consequences for millions of consumers who get their coverage through small businesses or buy coverage on their own. It will create more market uncertainty and increase premiums for many health plans – putting a heavier burden on small businesses and consumers, and reducing coverage options. And costs for taxpayers will rise as the federal government spends more on premium subsidies.”

The Blue Cross Blue Shield Association, a federation of 36 Blue Cross and Blue Shield companies nationwide, also expressed disapproval at the move, saying it could create “turmoil” in the market.

“We are extremely disappointed that the administration has frozen payment transfers under the Affordable Care Act’s (ACA) risk adjustment program, which is designed to keep costs down for consumers while meeting the medical needs of those requiring significant care,” President and CEO Scott Serota said in a statement. “This action will significantly increase 2019 premiums for millions of individuals and small business owners and could result in far fewer health plan choices. It will undermine Americans’ access to affordable coverage, particularly those who need medical care the most.”

Risk adjustment is a key aspect of market stabilization under the ACA, also known as Obamacare. The program transfers funding from plans with lower-risk enrollees to higher-risk ones in an effort to even out the market and “encourage insurers to compete based on the value and efficiency of their plans rather than by attracting healthier enrollees,” according to the Kaiser Family Foundation.

The suspension of the payments comes amid other efforts by the Trump administration to try to chip away at the landmark health care law. In June, the administration said it wouldn’t defend central portions of Obamacare in federal court, claiming that key provisions should be invalidated and that the individual mandate is unconstitutional. In October 2017, the White House announced it would end Obamacare cost-sharing payments that helped lower-income enrollees pay for health care.

It also comes as insurers appeared to be warming back up to the ACA. Insurers were entering or returning to at least a dozen states for 2019 enrollment, while others were expanding their presence in the states in which they operate.

Still, insurers are grappling with changes that the Trump administration and Congress have made to Obamacare for 2019. These include eliminating the individual mandate penalty and broadening the availability of two alternatives to Affordable Care Act policies.

These moves are prompting some insurers to request premium hikes for 2019 in the double digits.