(CNN)Rescuers at a cave where 12 boys and their coach are trapped in northern Thailand are carefully monitoring weather maps for signs of heavy rain.

This image updates every 15 minutes, in line with forecasts from the CNN Weather Center. 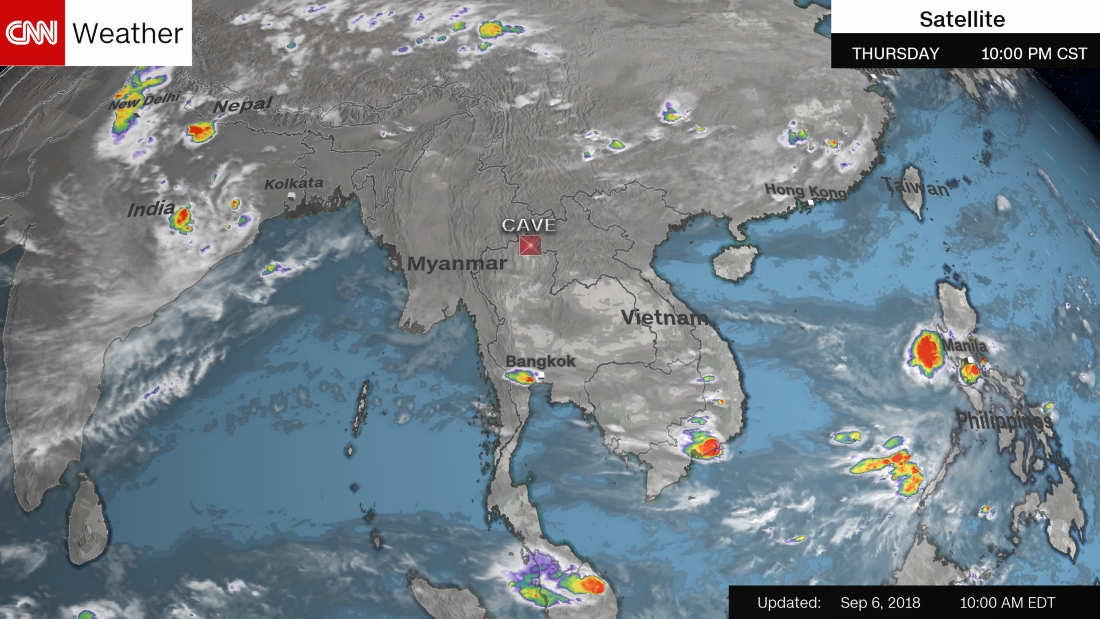 The members of the Wild Boar soccer team were found weak but alive on Monday, nine days after they disappeared into the Tham Luang Nang Non cave network in Chiang Rai province.
Rescuers are racing against the clock to free the 13, who have been trapped underground for almost two weeks.
While authorities would prefer to wait until the monsoon season is over in October and the water in the cave can dissipate, rescuers may not have that luxury with more heavy rainfall expected to hit the area this weekend.
Read More
"In the previous days we were fighting with time. And now we are working against water," Gov. Narongsak Osottanakorn told reporters Thursday.
Huge pumps have been working nonstop to reduce the water levels inside the cave complex, but despite the immense volumes of water expelled, the cramped, winding passages inside remained submerged.
Fears of a deluge from the skies have left rescuers with no choice but to generate an emergency evacuation plan should the situation within the cave become critical, Osottanakorn said.
"We can't risk to have another flood situation," he said.