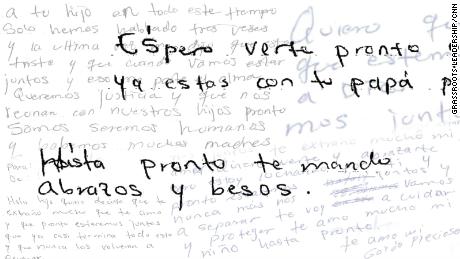 'They treated us as though we were animals': Letters from inside an immigration detention facility

(CNN)In the letter, she calls the facility "la perrera" -- the kennel or dog pound -- because of the chain-link cages she and others were held in.

CNN's Angela Barajas and Luis Rodriguez contributed to this report.