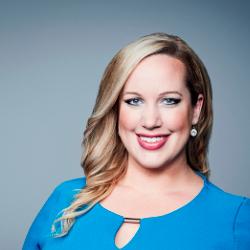 By Samantha Beech, Emanuella Grinberg and Laura Smith-Spark, CNN
Updated 10:40 PM EDT, Wed July 4, 2018
PHOTO: Jack Taylor/Getty Images
AMESBURY, ENGLAND - JULY 04: Police on the scene outside Amesbury Baptist Centre as Wiltshire Police declare a major incident after a man and woman were exposed to an unknown substance on July 4, 2018 in Amesbury, England. The pair, who are in their 40s, are in a critical condition after being found unconscious at an address in Muggleton Road Amesbury. The town is around 10 miles from Salisbury where former Russian spy Sergei Skripal and his daughter Yulia were poisoned in a suspected nerve agent attack. (Photo by Jack Taylor/Getty Images)
Now playing
01:38
UK police confirm nerve agent used in poisoning
PHOTO: RT
Russia's state-owned RT network on Thursday aired an interview with the two men suspected by UK authorities of poisoning former Russian spy Sergei Skripal and his daughter, one day after Russian President Vladimir Putin encouraged the suspects to speak to the media. In an interview with RT editor-in-chief Margarita Simonyan, two men who identified themselves as Alexander Petrov and Ruslan Boshirov said they had nothing to do with the poisoning of the Skripals in Salisbury, England, saying they had reached out to RT to tell their side of the story.
Now playing
02:11
Novichok suspects: We were just tourists
PHOTO: Family photo/Pixel 8000 Ltd
Former Russian spy Sergei Skripal and his daughter, Yulia Skripal, at a restaurant in Salisbury, UK.
Now playing
02:15
UK police: Facial tech reveals poison suspects
PHOTO: Reuters
Now playing
00:54
May: Nerve agent poisoning deeply disturbing
PHOTO: BEN STANSALL/AFP/getty images
Personnel bag samples as they swab railings near a bench covered in a protective tent at The Maltings shopping centre in Salisbury, southern England, on March 16, 2018, as investigations and operations continue in connection with the major incident sparked after a man and a woman were apparently poisoned in a nerve agent attack in Salisbury on March 4. NATO Secretary General Jens Stoltenberg said March 16, the alliance did not want a return to Cold War hostilities with Russia while expressing support for Britain's strong stance on the nerve agent attack. / AFP PHOTO / Ben STANSALL (Photo credit should read BEN STANSALL/AFP/Getty Images)
Now playing
01:48
Source: Kremlin likely approved poisioning
PHOTO: SAUL LOEB/ALEXEY NIKOLSKY/AFP/Getty Images
Now playing
00:50
Trump expels 60 Russian diplomats over UK attack
PHOTO: Scott Nelson/Getty Images
KUWAIT CITY, KUWAIT - DECEMBER 13: Czech soldiers in chemical protection suits take part in a chemical attack response drill conducted at the U.S. Embassy by civil defense authorities and troops from the United States, Germany, and Czech Republic December 13, 2002 in Kuwait City, Kuwait. The exercise, dubbed 'Event Horizon,' was staged to test the coordinated emergency response to a mock attack on the U.S. Embassy in Kuwait by terrorists using deadly sarin nerve gas.
Now playing
01:34
What are nerve agents like Novichok and how do they kill?
PHOTO: CNN
UK nerve agent attack1
Now playing
02:09
Where and when did nerve agent attack happen?
PHOTO: BBC
putin response russian spy lon orig bks_00003009.jpg
Now playing
01:30
Reporter confronts Putin about spy poisoning
PHOTO: CNN
boris karpichkov intv
Now playing
03:57
Fmr. KGB agent told something bad would happen
PHOTO: JORGE SILVA/AFP/Getty Images
US President Donald Trump (R) and Russia's President Vladimir Putin talk as they make their way to take the "family photo" during the Asia-Pacific Economic Cooperation (APEC) leaders' summit in the central Vietnamese city of Danang on November 11, 2017. World leaders and senior business figures are gathering in the Vietnamese city of Danang this week for the annual 21-member APEC summit. / AFP PHOTO / POOL / JORGE SILVA (Photo credit should read JORGE SILVA/AFP/Getty Images)
Now playing
01:53
Russia accuses US of nerve agent attack
PHOTO: The Times
Russia's track record of poisoning its enemies
Now playing
02:56
Not the first time Russia linked to poisoning
Now playing
02:14
Haley: Russia responsible for UK poisoning
PHOTO: CNN
Trump lawn
Now playing
00:52
Trump: We'll condemn Russia if they poisoned ex-spy
PHOTO: CNNI
Now playing
01:01
May: Russia likely behind nerve agent attack
PHOTO: Matt Cardy/Getty Images
SALISBURY, ENGLAND - MARCH 07: A police tent is seen behind a cordon outside The Maltings shopping centre where a man and a woman were found critically ill on a bench on March 4 and taken to hospital sparking a major incident, on March 7, 2018 in Wiltshire, England. Sergei Skripal, who was granted refuge in the UK following a 'spy swap' between the US and Russia in 2010, and his daughter remain critically ill after being exposed to an 'unknown substance'. (Photo by Matt Cardy/Getty Images)
Now playing
02:28
Police: Russian spy was deliberately poisoned
(CNN) —

The pair remain in critical condition in Salisbury District Hospital, the same hospital where former double agent Sergei Skripal and his daughter were treated after they were exposed to Novichok, a military-grade nerve agent. The UK government suspects the Skripals were victims of a Russian attack.

The UK’s National Counter Terrorism Policing Network is leading the investigation. Officers are investigating the possibility of a connection between the two attacks, said Neil Basu, Assistant Commissioner for Counter Terrorism at London Metropolitan Police. But no evidence so far suggests the couple was specifically targeted, he said.

“I don’t have any intelligence or evidence that they were targeted in any way. There is nothing in their background to suggest that at all,” Basu said.

“We are not in a position to say whether the nerve agent was from the same batch that the Skripals were exposed to. The possibility that these two investigations might be linked is clearly a line of inquiry for us.”

What we know about the victims

Paramedics were called to an address on Muggleton Road in Amesbury the morning of June 30 after a woman collapsed at the property, Wiltshire Police Deputy Chief Constable Paul Mills told reporters earlier Wednesday. They were called back later the same day after reports that a man became ill in the same location, he said.

British news agencies identified the two people as Charlie Rowley, 45, and Dawn Sturgess, 44. Sam Hobson, a friend of the pair, confirmed their names in an interview with Agence France-Presse. The two victims are British nationals local to the area, according to police in Wiltshire, the county in which Amesbury is located.

Wiltshire Police said they were initially believed to have fallen ill after using crack cocaine or heroin from a contaminated batch. On Monday, due to concerns over their symptoms, samples from both patients were sent to a laboratory for analysis.

“Following the detailed analysis of these samples, we can confirm that the man and woman have been exposed to the nerve agent Novichok, which has been identified as the same nerve agent that contaminated both Yulia and Sergei Skripal,” Basu said.

“I do want to reassure the public, however, that there is no evidence that either the man or woman recently visited any of the sites that were decontaminated following the attempted murders of Sergei and Yulia Skripal,” he said.

Authorities have cordoned off several sites in Amesbury and Salisbury that the couple is believed to have visited before they fell ill, Basu said. He warned of an increased police presence in the area, which will include officers wearing protective equipment, similar to the activity earlier this year in the Skripal investigation.

Wiltshire Police Chief Constable Kier Pritchard called the increased police presence a “proportionate response to an investigation of this nature and scale.”

“I fully appreciate the effect the cordons will have on local people and businesses,” he said in a statement. “Please let me reassure you that my officers and staff, partner agencies and our colleagues at the Counter Terrorism Policing network will do all we can to progress this investigation and help return the communities of Amesbury and Salisbury back to normality.”

Affected sites include Amesbury Baptist Church, which had police standing guard at the entrance on Tuesday. Church secretary Ray Collins told CNN he believed the victims attended a family fun day at the church on Saturday, though he did not know who the pair were. A Boots pharmacy in Amesbury was cordoned off, along with the Queen Elizabeth Gardens, the John Baker House in Salisbury, a supported living facility, and the Muggleton Road property in Amesbury, according to Wilshire Police.

As a “highly precautionary measure,” Public Health England South West advised anyone who had visited those sites from 10 p.m. on June 29th to 6:30 p.m. on June 30 to do the following:

- Wash the clothing they were wearing in an ordinary washing machine just as they would any other items.

- Wipe personal items such as phones, handbags and other electronic items with cleansing or baby wipes and dispose of the wipes in an ordinary domestic waste disposal.

- Hand wash with warm water and detergent any items that cannot go in the washing machine or be cleaned with wipes, such as jewelery and accessories, and rinse with clean cold water.

Salisbury District Hospital is open as usual and is advising people still to attend routine appointments unless they are contacted to state otherwise.

“Our current advice, based on the small number of casualties affected, is that there is no significant health risk to the wider public. We will keep this assessment under constant review as further information becomes known,” said Mike Wade, Deputy Director of Health Protection for PHE South West.

Authorities believe that Sergei and Yulia Skripal first came into contact with Novichok at Sergei’s home. They were later found slumped over on a bench at an outdoor shopping complex in Salisbury.

The incident in Salisbury sparked a diplomatic dispute between the UK and Russia after British investigators blamed Moscow for the attack.

01:34 - Source: CNN
What are nerve agents like Novichok and how do they kill?

Russia has denied the allegations, but more than 20 other countries kicked Russian diplomats out of their countries in a show of support for the UK.

The two have since been discharged from the hospital.