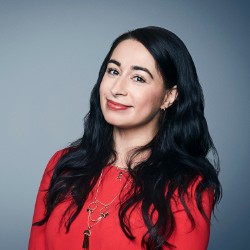 As US President Donald Trump and Russian President Vladimir Putin prepare to meet in Helsinki, Finland in two weeks, a former top UK government official said their summit could further strain the United States’ relationship with its Western allies.

“It makes the US a less reliable partner for Western countries like my own,” former UK Chancellor of the Exchequer George Osborne told CNN’s Fareed Zakaria on Sunday.

Osborne, now the editor of the Evening Standard, appeared on “Fareed Zakaria GPS” with Alistair Campbell, Tony Blair’s ex press maven, where the two men weighed in on the relationship between the US and Russia and what it means for the Western alliance.

Zakaria noted that the location of the Trump-Putin meeting is “an interesting choice,” given that the historic Helsinki Accords was signed there. That 1975 agreement was reached by the United States, Canada, and almost every European country to solidify the post-World War II order in Europe and reduce tensions between the Western and Soviet blocs.

“Of course, the atmospherics drives the media agenda, all of which points to a sort of disintegration of Western unity,” Osborne said.

He added that there were some “bigger trends” happening before Trump took office, noting that “America was withdrawing a bit from the world before Trump arrived.”

“There are new rising powers like, of course, China and a more resurgent Russia. And so how much is the froth of Trump’s Twitter feed, and how much is big macro forces happening in the world, I think is debatable. The one thing I’d say is Trump’s not doing anything to counter those forces; he is accelerating them,” he said.

Campbell, a writer and strategist who was former Prime Minister Tony Blair’s communications director, said he believes that Trump is “jealous” of Putin.

“I think he does believe in the strongman view of leadership. I don’t think he does like institutions. I think it’s about him, and he’s a narcissist, it’s all about him. And I think he looks at Putin, he thinks there’s a guy who controls his own parliament, doesn’t have dissent, controls his media, basically has far more power than the size of his country and his economy might indicate, and he wants to be like that,” Campbell told Zakaria.

Related Article Trump and Putin are meeting. What could possibly go wrong?

“Alastair and I both worked in Downing Street, and you had a pretty good idea that the United States president had your back. He wasn’t always going to agree with what Britain or France or whatever wanted, but you knew ultimately you were close allies and friends,” he told Zakaria.

“I think the problem for any European leader is (that) you just don’t know what the response is going to be when you need America’s help,” he said.