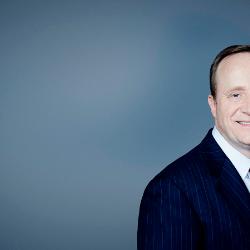 Editor’s Note: Paul Begala, a Democratic strategist and CNN political commentator, was a political consultant for Bill Clinton’s presidential campaign in 1992 and was counselor to Clinton in the White House. He was a consultant to Priorities USA Action, which was a pro-Obama super PAC before it was a pro-Hillary Clinton super PAC. The opinions expressed in this commentary are his.

In these hyperbolic times, it’s easy to fall into overstatement. Somehow, the farm-to-table dining preferences of Sarah Huckabee Sanders or the subliminal, sartorial messages of the first lady have become the subject of breathless debate. Cotton-candy controversies swirl for a moment and then disappear.

The replacement of retiring Supreme Court Justice Anthony Kennedy is not like that. It is, to paraphrase former Vice President Joe Biden, a big doggone deal. So big that Biden’s old boss, former President Barack Obama, has descended from his Olympian remove to fire up the troops Thursday.

He urged Democrats to quit moping, avoid complacency and stop focusing on the shiny, ephemeral, show-biz aspects of politics. (The fact that he said this at a Beverly Hills mansion after being serenaded by Christina Aguilera was, I suspect, an irony not lost on Mr. Obama.)

Everything is at risk: from a woman’s right to choose to have an abortion to a baker’s right to refuse to make a cake for a same-sex wedding. Heck, the very right to have a same-sex wedding could be threatened. Voting rights, civil rights, women’s rights, LGBTQ rights, free speech rights, gun rights – all come before the court.

Conservatives have many advantages.

First, despite losing the popular vote in six of the seven last presidential elections, they hold the White House, the House, the Senate and the majority of seats on the Supreme Court.

Second, Senate Majority Leader Mitch McConnell will do anything, absolutely anything, to ensure that the somewhat moderate Kennedy is replaced with a younger, more reliably right-wing jurist. After the death of Justice Antonin Scalia, McConnell was willing to break with centuries of precedent to deny President Barack Obama’s nominee, moderate judge Merrick Garland, so much as a hearing. No vote, no hearing, no excuses. Just raw power.

If McConnell was willing to break the Senate in order to retain a right-wing conservative seat, what will he do to place the court solidly in the hands of the ultraconservatives now?

So where does that leave the Democrats? Cornered. And what does one do when cornered? Fight like crazy.

Progressives will mount the most energized campaign we have ever seen. Any Democratic senator who supports the Trump Supreme Court nominee will likely see his or her fundraising and grassroots support collapse, and primary opposition spring up. Where a senator stands at this moment may well define his or her entire career.

But beyond pitching a fit and using delaying tactics, threatening the outnumbered Senate Democrats, marching and flooding town hall meetings, and using social media in cutting, creative ways, the Democrats don’t have a ton of leverage. As the lyric from “Hamilton” taught us, “You don’t have the votes.”

But Senate Republicans do. Trump critics like Bob Corker (R-Tennessee) and Jeff Flake (R-Arizona), hounded into retirement because they dared oppose President Trump, suddenly have enormous power. They could vote to revive the filibuster, allowing Democrats to block the Trump nominee. Or they could even flat-out oppose the nominee. As conservatives with a conscience, they have already sacrificed their electoral careers to oppose Mr. Trump. After his bellicosity and belligerence, I daresay they have little personal affection for him.

Then there is the pro-choice Senate GOP caucus: Senators Susan Collins of Maine and Lisa Murkowski of Alaska. That’s it; just the two of them. If we still had phone booths they could meet in one and agree to oppose an anti-choice nominee. It’s likely the Trump nominee will dissemble – as so many Supreme Court nominees have – on the issue of abortion rights.

But you can bet all the gold in Mar-a-Lago that President Trump will nominate someone committed to overturning Roe v. Wade. It is the most important issue to his most loyal constituency: white evangelicals. So long as he delivers on their anti-abortion agenda, he truly could shoot someone on Fifth Avenue and never lose their votes.

President Trump and his Republican Party hold most of the cards – for now. With a new right-wing justice, the Trump Court will overturn Roe v. Wade. (On this, I strongly concur with my esteemed colleague Jeffrey Toobin. And then the action will turn to the states. Once Roe (and perhaps even the right to birth control, marriage equality, and more) is overturned, states will decide the fate of those issues.

Even before the Kennedy announcement, Democrats were flexing their muscles at the state level, winning governor’s races in Virginia and New Jersey, and flipping 44 GOP-held state legislative seats. Adding abortion rights, marriage equality, voting rights, environmental protection and so much more of the court’s agenda to state races will only turbocharge Democratic enthusiasm, Pearson claims.

“Kennedy’s retirement makes it clear: States are the single most important backstop to protect American’s rights,” she told me. “We’ve already seen unprecedented interest in gubernatorial races – and that interest has only increased since Kennedy’s announcement. We need more Democratic governors to protect women’s health, LGBT rights, civil rights, health care and workers’ right to organize. With Washington stacked against us, states are the place we can push back as Democrats.”

For the millionth time, elections matter. But they should matter more. If and when President Trump succeeds in replacing Justice Kennedy, it will mean that four of the nine justices of the US Supreme Court were nominated by presidents who took office without winning the popular vote. That is outrageous. And it is dangerous.

When you tell people their vote matters, then install second-place finishers as president, that president’s popular mandate is tainted. For the loser of the popular vote to then be allowed to place justices on the court, when his popularly elected predecessor was denied that right, you breed cynicism, you invite anger

Democrats and their progressive allies are poised to channel that anger into action at the ballot box.