Two dads, an egg donor and a surrogate: How a freezer failure changed everything

By Jessica Ravitz, CNN
Design by Annie Regan for CNN

San Francisco, California (CNN)Their first date was over lunch during a Proposition 8 protest, where they joined hundreds of others railing against the passage of California's same-sex marriage ban. The two men took a break from demonstrating, threw their hearts on the table and talked about their desire to have kids.

So it was somehow appropriate that in June 2013, nearly five years later, Bill Taroli and Yang Li stood in a delivery room and welcomed their son, Henry, one day before the US Supreme Court overturned Prop 8. A couple weeks later, with their newborn in their arms, they exchanged vows and were legally married. 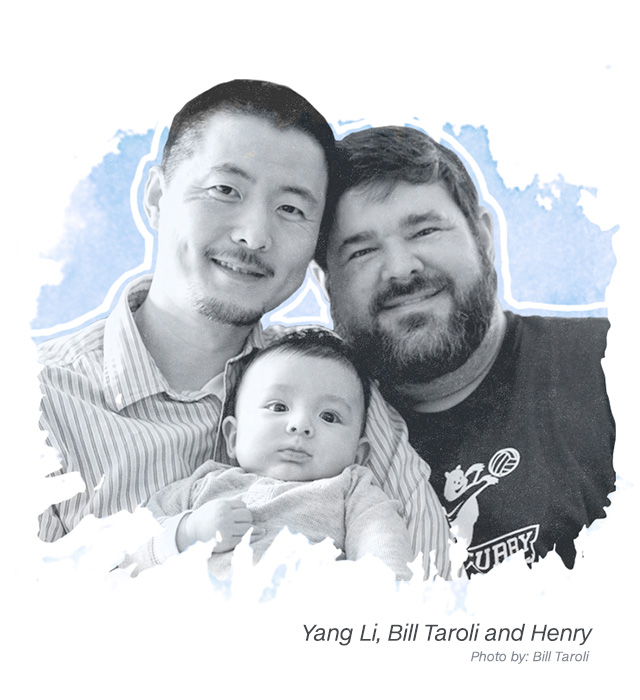 Having Henry required careful and complicated planning over the course of several years. To become fathers, they needed a support group, legal help, extensive research, reams of documents, reproductive science and about $150,000. But none of that mattered without the help of two women: an egg donor and a surrogate.
One embryo brought them Henry. Five remaining healthy embryos they kept frozen in storage at the Pacific Fertility Center in San Francisco. They imagined the sibling they might someday give their son and stayed in touch with the women who'd helped give them life once -- and might again someday.

Then came the news in March. A freezer or cryogenic storage tank at the facility failed, causing the level of liquid nitrogen to dip too low and the temperature to rise. The malfunction jeopardized the status of thousands of eggs and embryos inside, potentially crushing the dreams of hundreds of hopeful parents and families.
The fate of their embryos would prove significant not just for the fathers but for the women invested in their journey.
Read More

The eggs she wasn't using

Taroli, 47, was adopted by his stepfather and was 20 when he first met his biological dad. When he considered pathways to fatherhood, he was open to a variety of options.
Li, however, was keen on having a biological child, making the decision of how to proceed easy, Taroli said. Henry "got his sperm and my name."
They scrolled through a registry of possible egg donors provided by the fertility center, studying pictures and written statements. They settled on "Isabelle," a name chosen by the potential donor, and elected to sit down with her in person.
She was a college student living in Sacramento when she spotted an ad about egg donation. She didn't need to do it financially, as she had family support and scholarships, but she liked the idea of extra spending money and looked ahead toward medical school and the enormous expenses to come.
Isabelle, the name she preferred to go by for this story, also thought about how fixated she was on not getting pregnant, and her mind turned to those who wanted nothing more.
"Some people are tying so hard to not have something that other people would absolutely love to have happen to them," she said by Skype from the United Kingdom, where she's beyond medical school and now doing her residency in Wales. "I thought, 'I have these eggs. I'm not using them. Someone might as well.'"
She also liked the idea of taking part in social innovation and helping families who, without someone else's eggs, might never have children.
Isabelle's mother was befuddled by and against her daughter's decision to donate eggs.
"No, no, no -- don't do it," Isabelle remembered her pleading. "What's the point?"
She ended up going through six egg donation cycles and received $7,000 to $8,000 each time, she said. She was fascinated by the science of it all. Her pre-med friends lined up to give her hormone injections.
Most of her donation cycles went directly to a frozen egg bank, where they'd be used by people she'd never know or meet. But her first cycle, the experience she appreciated most, went to two men who chose her.
She was excited to meet the people "who wanted my eggs to be part of their family," she said. When they got together in the clinic offices, Taroli did most of the talking and peppered Isabelle with questions. Li, who didn't want to speak for this story, sat by with a clipboard, she remembered. The few questions Li asked were specific: He wanted to know what it was like to grow up bilingual and multicultural.
Isabelle, now 29, has a Portuguese mother and an American father. Henry has American and Chinese dads. And although their backgrounds are different from those of her parents, the couple saw in Isabelle a commonality. She walked away struck by their kindness and thinking how lucky any child of theirs would be.

They came to know their embryos well, including their sexes, through chromosomal testing and biopsies of their cells. Taroli explained that they received rankings, which measured their viability, and the ones they stored -- including the one that would become Henry -- represented their best chances to become parents.
Next, Taroli and Li had to identify their surrogate.
A traditional surrogate is implanted with embryos using her own eggs, but Taroli and Li opted for a gestational carrier, a surrogate who receives through in-vitro fertilization an embryo using somebody else's eggs. The latter process, if they chose a carrier who also lived in California, would be less legally complicated for the gay dads, Taroli explained. The woman's name would not appear on Henry's birth certificate. Instead, both of their names would.
A few hours north of Castro Valley, the community in the East Bay where Taroli and Li live, the woman who would become their surrogate and her husband were happy to be parents to an only child. But she comes from a big family, in which the women generally have five or six kids, and her pregnancy had been "really, really easy," she said.
An article she read about surrogacy got her thinking. Though pregnancy had been such a breeze for her, she knew that having a family was often a struggle for others. She thought about how some women feel attached to their babies while they're in the womb and how she didn't. It wasn't until after her son was born that she made a connection.
The surrogate asked to be identified as "Audrey" to protect her privacy.
"I felt emotionally capable of being a surrogate. I felt physically capable," Audrey said. "It seems kind of a waste that I'm so able to carry children but not interested in carrying my own." 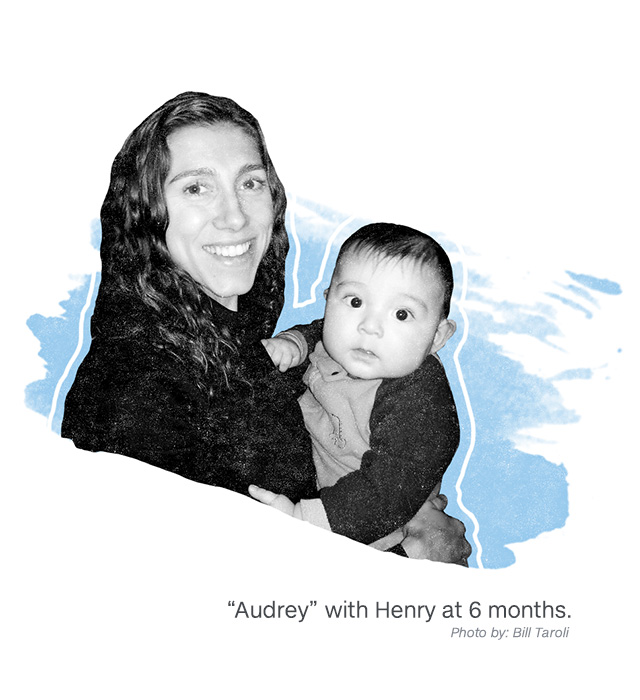 Her husband, whom she's been with for more than 16 years, also didn't want more children but was in full support of this idea. His mother, Audrey said, was initially disappointed because she still held out hope that they'd give her more grandkids. Audrey's mother and grandmother, however, were completely on board.
It was her father, divorced from her mother and living several states away, who had the hardest time understanding. The thought of his daughter delivering somebody else's baby, and being part of a process that might include the destruction of embryos, went against his faith. But the two of them had weathered points of friction before, and Audrey, then 30, was prepared to move forward.
It wasn't about the money for her, although the $27,000 came in handy for the then stay-at-home mom.
She'd done research into how surrogacy worked and signed up with a surrogacy agency. There were questionnaires for her and her husband to complete, a psychological evaluation she had to clear and medical records that needed to be shared. She suspected that being a surrogate for a woman might become emotionally fraught and was most interested in being a surrogate for a gay couple. She also welcomed the chance to have an ongoing relationship after the birth.
The agency learned about Taroli and Li and set up a meeting.
With her husband and 3-year-old son with her, Audrey walked into the family-style restaurant the surrogacy agency had selected. It was initially awkward, sort of like heading into a blind date, she said.
"They brought me flowers, which was really sweet," she remembered. "You could tell how much they were trying to impress me."
<div class="zn-body__paragraph" data-paragraph-id="paragraph_7BE963A8-111E-7F7