The ban stands. Late yesterday morning, the Supreme Court upheld President Donald Trump’s travel ban in a contentious 5-4 ruling. What does it mean? Ultimately, it means people from seven countries will have limited entrance into the United States, and those already here may have trouble getting back in if they leave. Those countries include Iran, Libya, North Korea, Somalia, Syria, Venezuela and Yemen.

Yes, we said North Korea. Believe it or not, the restrictions are not expected to chill the US’s warming relationship with the reclusive nation. Still, protests over the SCOTUS decision were swift and strong. Crowds in New York chanted, “Shame!” and some Democratic leaders are already publicly considering legislative action.

Chemical weapons experts still can’t enter the Syrian city of Douma, the site of the suspected chemical attack on civilians. The UK says Syria and Russia are blocking the UN-cleared investigators, and the US believes Russia has tampered with evidence at the site. A Russian military official said investigators would be allowed to enter the city tomorrow.

Trump has vowed to end his administration’s “zero tolerance” policy that effectively separated families at the border, but the consequences of the decision are still brewing. A coalition of 18 attorneys general filed a lawsuit yesterday over the separation of undocumented children and parents. The lawsuit argues the practice of family separations is “irrationally discriminatory” since it only targets the southern border and, thus, overwhelmingly affects migrants from Latin America. Also on Tuesday, a federal judge in California issued a strong rebuke to the policy by ordering a halt to most border separations and called for the reunification of all separated families.

“Some days I can’t do anything but sit and cry as the grief overtakes me.”

Investigators are asking the public for help as they try to figure out who fatally shot a 35-year-old scientist last Friday as he slept in a tent with his 2- and 4-year-old daughters at a California state park. So far, there are no suspects in Tristan Beaudette’s murder, nor any known motive. The sheriff’s department said it’s also investigating three other shooting incidents over the past year at Malibu Creek State Park, though investigators so far see no link to Beaudette’s death.

Oddly enough, they all kind of have the same hair …

Bourbon leaking from a warehouse collapse killed hundreds of fish

Yes, it’s sad. But they probably would have tasted delicious.

Here are the best and worst US states for children

It’s supposed to be St. George, if St. George were a Disney prince on quaaludes.

I need a doctor

The percentage of the “criminal investigator population” (special agents at the FBI, the ATF, the DEA and deputy marshals) that is female, according to a new report on gender representation in the Justice Department

Video Ad Feedback
02:48 - Source: CNN
How #MeToo made a difference in the workplace

Actor Terry Crews, who discussed his experience as a sexual assault survivor at a Senate Judiciary Committee hearing, and called on men to speak out more on the issue 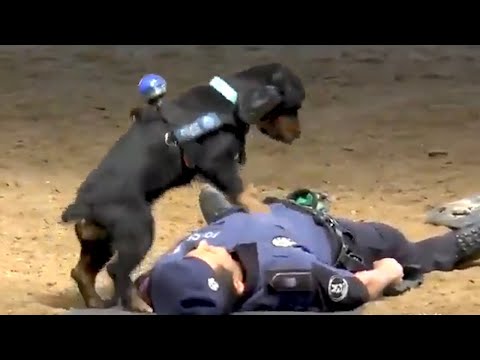 This police dog is the very best boy. (Click to view.)