Separated parents given option for voluntary deportation amid child reunification 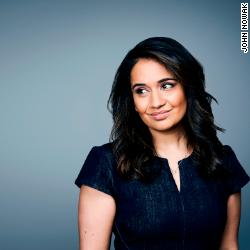 As focus intensifies on reuniting immigrant families separated by the government, parents are being offered the option to sign voluntary departure orders to speed up their cases – and are told they’ll be reunited with their kids before they are deported if they do.

The option is not unique to parents and is not the only option parents are given, but the offer is raising eyebrows among those who represent undocumented immigrants, who question as to whether it’s understood properly by the parents being offered it.

An administration official confirmed the arrangement to CNN, saying that as is customary, immigrants in detention are being offered the chance to sign the orders to be removed from the country more quickly than if they waited for a judge. In that context, they are told their children will be reunited with them – if they choose for them to be – before they are deported.

The policy raises questions about how immigrants are being helped to approach their own legal situations and reunification. Efrén Olivares, an attorney with the Texas Civil Rights Project, said in a call with reporters Sunday that the matter seemed to conflate “two separate points,” deportation and reunification.

“We have no reason to believe that (voluntary deportation) is the fastest way for parents to be reunited with their children,” Olivares said. “Putting them in that position is not a voluntary (deportation); it’s being obtained under duress.”

The undocumented immigrants are given the choice whether to be deported with or without their kids, whose deportation cases will likely move at a much slower pace given the different legal protections for children and the government’s decision to place the children in separate facilities and proceedings.

Henry Lucero, an enforcement and removal operations official of Immigration and Customs Enforcement, said at a roundtable in Weslaco, Texas, on Friday that “a majority” of parents in immigration detention were opting to be deported without their children so the children can go through the immigration system. An ICE spokeswoman responded saying Lucero was speaking about his own current experiences and couldn’t provide numbers of how many parents had volunteered to be deported.

A fact sheet from the Department of Homeland Security released Saturday evening said, “It should be noted that in the past many parents have elected to be removed without their children.”

The Trump administration put out the release on Saturday night about reunification following the family separations resulting from the “zero-tolerance” policy amid an outcry about the separations and questions about reunification. The release said the Department of Health and Human Services still had 2,053 children in custody not reunited with parents, and the administration plan said reunifications would only take place once the parents’ deportation proceedings were finished.

Under the law, immigrants are allowed to have legal representation, although the government does not provide any as they navigate the US immigration system and seek to reunify with their children after the government separated them.

The families will either be reunited before deportation, or, if the parent is released from detention, after the parent applies to serve as the child’s sponsor under HHS rules.

The announcement came after President Donald Trump signed an order on Wednesday aimed at keeping more families together. At the same time, Trump has railed on Twitter against standing immigration law and legal precedent. On Sunday, he tweeted a call for an end to judicial proceedings altogether.