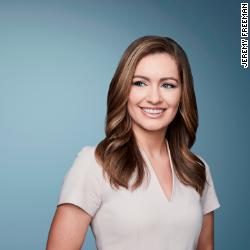 Former New York City Mayor Michael Bloomberg intends to spend an eye-popping $80 million on the midterm elections, throwing most of his financial weight behind Democrats in their effort take control of the House of Representatives this fall.

Bloomberg’s 2018 plan, which was first reported by The New York Times and confirmed to CNN by his adviser Howard Wolfson, positions him as one of the largest donors to Democrats this cycle.

The cash infusion will be a major boon for Democrats in what promises to be an expensive election year, even as party leaders have been optimistic about their odds. House Republicans and their allies have been raising money at an impressive clip, but Bloomberg’s commitment is poised to swamp those of even the wealthiest Republican donors. Casino magnate Sheldon Adelson, for example, recently pledged $30 million to re-elect House Republicans.

In a statement, Bloomberg said Republicans had “failed” in their control of Congress.

“And so this fall, I’m going to support Democrats in their efforts to win control of the House,” Bloomberg said.

The decision marks a departure for Bloomberg, who has previously divided his political spending between candidates for both parties and with a focus surrounding his priority issues, which include gun control.

“To be clear: I have plenty of disagreements with some Democrats, especially those who seek to make this election about impeachment,” Bloomberg added in his statement. “Nothing could be more irresponsible. But I believe that ‘We the People’ cannot afford to elect another Congress that lacks the courage to reach across the aisle and the independence to assert its constitutional authority. And so I will support Democratic candidates who are committed to doing both.”

In his statement, Bloomberg said he would support Republican and Democratic gubernatorial candidates in 2018.

Wolfson, a senior adviser to Bloomberg, will help steer the billionaire’s political efforts.

Wolfson said Bloomberg will focus his efforts on winning the House for Democrats because “he believes the House has been most dysfunctional and has failed most dramatically in its responsibilities.”

Bloomberg plans to spend the money through his own super PAC, rather than donating to Democratic Party committees or aligned groups, said Wolfson.