All the questions about ‘Fortnite’ you were too embarrassed to ask 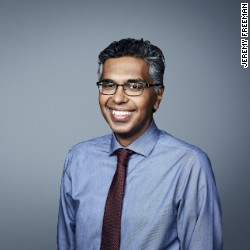 The multiplayer video game, about an impending ecological crisis threatening the survival of humanity, is about to have its Super Bowl.

That’s one appeal of the multiplayer video game “Fortnite,” an unlikely cultural phenomenon that is sweeping the globe while amassing a minor fortune for its creators.

If you’re not among the millions of people playing “Fortnite” and are feeling left behind, we break down everything you need to know.

Let’s start with the basics. What the heck is this game?

“Fortnite” is essentially a crossover between “The Hunger Games” (a post-apocalypse battle) and “Minecraft” (a creative sandbox where players can build anything they like). You can play it on Xbox, PlayStation, Windows and Mac platforms.

There are two versions: “Fortnite: Save the World,” which has players banding together to fight off zombie-like monsters who drop from storm clouds, and its free (and more popular) spinoff, “Fortnite Battle Royale,” which pits up to 100 players against each other in a frenzied fight for survival. Last one standing wins.

So why is it called ‘Fortnite?’

A fortnight is a period of two weeks. But the title also refers to fort-building, knight battle and the darkness of the storm clouds. Clever, right?

“Fortnite” is rated T for Teen, which means suitable for ages 13 and up. It certainly contains violence, but its animation is cartoon-like and there’s no blood or gore.

The Entertainment Software Rating Board explains its parental guidance this way: “This is an action game in which players build forts, gather resources, craft weapons and battle hordes of monsters in frenetic combat … players use guns, swords, and grenades … (and) can also defeat enemies by using various traps (e.g., electric, spikes, poisonous gas). Battles are highlighted by frequent gunfire, explosions, and cries of pain.”

Some parents have complained about the game. But while the objective is to kill all of your opponents, “Fortnite” is nowhere near as violent as games like “Call of Duty” or “Grand Theft Auto.”

What makes it so popular?

One driving factor behind “Fortnite’s” popularity is its cost, or lack thereof. Because the “Battle Royale” version is entirely free and accessible on a number of platforms, it has a low barrier to entry – allowing new players to quickly acclimate and feel accomplished.

The developers of the game are attuned to its popularity and release updates weekly with new items and actions.

Players also compete on Twitch, an Amazon-owned live streaming site for gamers, and now on the Nintendo Switch (alhough they’re still working out the bugs on this platform).

The game’s spontaneity and cartoonish glee make it highly accessible. But “Fortnite” also has a high-skill ceiling, keeping players hooked and eager to improve.

PHOTO: Courtesy Epic Games
Launched in 2017, "Fortnite" has become one of the most popular games in the world.

How is this game making any money if it’s free?

The original version of “Fortnite” costs $40, and a deluxe version is $60. But it mostly turns a profit from its in-game currency, V-bucks.

“Fortnite” generates most of its money from in-game purchases.

Players spend real money to acquire V-bucks, which can be used to buy customizable aspects of the game such as tools, weapons, outfits and even emotes.

Slow down – what’s an emote?

Emotes are dances or gestures that characters can do in the game. They are one of the most popular aspects of “Fortnite” and have generated hundreds of memes.

Popular emotes include the Floss dance, Carlton’s “Fresh Prince of Bel Air” dance and the Take the L dance, in which a player makes an L on their forehead while kicking, donkey-like, from side to side.

Is it a passing fad, or is ‘Fortnite’ here to stay?

Fans of the game range from 13-year-old boys to 30-something gamers.

The game is also popular with celebrities. Rappers Drake and Travis Scott, NFL player JuJu Smith-Schuster and popular Twitch gamer Ninja all competed on a Twitch livestream of the game and broke the site’s record for concurrent viewers.

Other famous fans of the game include Joe Jonas, Chance the Rapper and Norm MacDonald.

Last month, creator Epic Games announced that “Fortnite” will be joining the competitive gaming world. During the 2019 Fortnite World Cup, players will be able to compete for $100 million in prize money.