Their deaths were labeled ‘victim of cataclysmic storm.’ So why aren’t their names on Puerto Rico’s list? 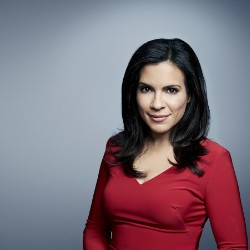 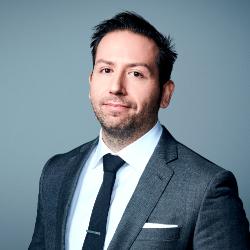 Editor’s Note: Help CNN investigate Hurricane Maria deaths. A judge ordered the Puerto Rican government to release the names of everyone who has died since the storm. Which deaths were related to the hurricane? Help us find out.

Ramon Cruz Laboy, a 75-year-old who kept to himself and never wanted to burden his relatives, died January 24 from medical complications that resulted from a femur fracture he suffered during a gust of wind from Hurricane Maria.

Reinaldo Ruiz Cintron, 59, who loved the ocean so much friends nicknamed him “Rey Bruquena,” or “Rey Crab,” died two months after a tree branch fell on him in October while he was cleaning up debris from that hurricane, which ravaged Puerto Rico on September 20, 2017.

Both men are labeled in a government database, obtained by CNN and the Center for Investigative Journalism (CPI), as “victim of cataclysmic storm.”

Yet neither man’s name appears on Puerto Rico’s list of 64 hurricane victims, which has been criticized by journalists and academics as grossly inaccurate.

“How could it be possible that (documents say) it was related to the hurricane and still the government did not count him in the 64?” said Lisa De Jesús, a friend of Ruiz who said she took him into her home because his house was so damaged in the storm. “It’s obvious there were more than 64 deaths. If he was not counted, how many more were not counted?”

Cruz’s sister-in-law, Wanda Garcia, 71, didn’t know he was not on Puerto Rico’s list of hurricane deaths until a reporter told her. “He’s not there?” she said. “He should be there. He was not supposed to die – not from these conditions. … I’m shocked he is not on the list.”

PHOTO: CNN/John Sutter
Lisa De Jesús holds a picture of her deceased friend, "Rey Bruquena," or "Rey Crab," who earned that nickname because of his love for the ocean.

CNN reviewed a database of about 23,000 death certificates after a Puerto Rican judge ordered that information and other records be turned over to CNN and CPI, which filed lawsuits in February asking that the documents be made public. Both organizations are continuing to review the records. CNN posted a searchable database of everyone who died in the months after Hurricane Maria – regardless of cause – asking its audience to help investigate.

Shortly after receiving the database, CNN reporters found 38 instances in which death records listed a “cataclysmic storm” as a contributor to the deaths.

Most of the victims whose deaths are labeled that way appear on Puerto Rico’s list of 64 hurricane victims. At least six of the names, however, do not appear on the government’s tally of storm deaths. CNN investigated three of those six deaths in detail.

Among those not appearing on the victims list were Cruz and Ruiz. A third person, Miguel Angel Maldonado Santana, died in a car accident his family believes was hurricane-related.

All three deaths, according to records, were autopsied and reviewed by the Bureau of Forensic Sciences in San Juan, the only institution authorized to classify hurricane deaths.

Lisa De Jesús and Luis M. Cruz, Ramon Cruz’s brother, told CNN they went to that forensics office to identify the bodies. Interviewers there asked them about the circumstances of the deaths, they said. Those circumstances appear to meet criteria established by the Centers for Disease Control and Prevention for disaster-related deaths. Guidelines published by the CDC in October 2017 say injuries suffered during cleanup after a disaster, “blunt-force trauma” related to a disaster and “acute exacerbation of chronic condition(s)” following a disaster, among other direct and indirect causes of death, should be classified as disaster-related.

Officials in Puerto Rico have said they are following CDC guidelines.

Puerto Rican officials did not respond to requests for comment on the particular circumstances of the deaths labeled as “victim of cataclysmic storm,” part of an internationally recognized way to classify deaths and medical issues. A spokeswoman for the Puerto Rico Department of Public Safety, which oversees the count, issued a general statement to CNN on Friday.

The Hurricane Maria death toll in Puerto Rico has been the subject of controversy since US President Donald Trump visited the island October 3, proclaiming that the storm’s death toll – then 16 – was laudably low given the severity of the hurricane. Later that day, after Trump left the island, the official tally of hurricane deaths rose to 34. It stands at 64.

Evidence suggests the toll may be substantially higher.

In May, researchers from Harvard University and elsewhere published a paper in the New England Journal of Medicine estimating between 793 and 8,498 people died in the storm and its chaotic aftermath, which included months without power and basic services for many. That analysis was based on interviews with more than 3,000 households in Puerto Rico.

In November, CNN surveyed 112 funeral homes across the island – about half the total – and found that funeral home staff believed at least 499 hurricane-related deaths had occurred.

The official Hurricane Maria toll matters in part because families of those who died in the aftermath of the storm are eligible to have some funeral expenses covered by the US government. Experts say higher death tolls drive more disaster aid. And knowing precisely how and why people died can help authorities prevent future hurricane-related deaths.

’They don’t want to talk about it’

An expert told CNN that the deaths of Cruz and Ruiz – the men whose deaths were labeled as having been related to a “cataclysmic storm” – appear to be related to the storm.

“It would be insane not to list those as hurricane-related,” said Dr. Gregory J. Davis, director of the University of Kentucky’s Forensic Pathology Consultation Service.

CNN described Cruz’s and Ruiz’s cases to Davis over the phone.

It’s unclear, however, whether those deaths have been left off of the list of Maria victims because of an “honest mistake,” Davis said, or because officials wanted them kept secret.

It’s possible the forensics institute reviewed the deaths and found them not to be hurricane-related – yet failed to update records accordingly, said Mario Marazzi, executive director of the Puerto Rico Institute of Statistics, an agency that also has sued for access to death records. It’s also possible officials simply are withholding information, he said.

“I know they don’t want to talk about it anymore – since November, December,” he said. “Whether that’s leading them to not account for everyone, I don’t know.”

The most recent death on the government’s list of 64 occurred on November 7 and four deaths on the list are not dated.

Both Cruz and Ruiz died after November 7.

PHOTO: John Sutter/CNN
Luis M. Cruz and Wanda Garcia at their home in Yabucoa, Puerto Rico. They cared for Ramon Cruz until he died.

Miguel Angel Maldonado Santana died November 5 after a car accident in which he ran off a bridge in a location where street lights weren’t working because power was still out after Hurricane Maria, according to his nephew, Geovani Lopez.

He is labeled as a “victim of cataclysmic storm” and his death was reviewed by Puerto Rico’s forensics office, which conducted an autopsy, records show.

Yet he is not listed among the official hurricane deaths.

In a fourth case, the circumstances were not as clear.

Carmen Gonzalez Santiago’s death on February 17 was not related to the storm, said Iliana Hernandez, her daughter. Gonzalez’s doctor, Jose Perez Valentin, however, listed several “causes” of death, including a pulmonary embolism, which he told CNN was related to the fact that she was an older woman who was immobile after the hurricane. The storm is listed as a contributor to her death in government records. The words “Hurricane Irma and Maria” appear on her death certificate, which was signed by Perez Valentin.

Gonzalez’s name does not appear on the official list of victims.

’He didn’t want to cause us any trouble’

In Yabucoa, Ramon Cruz died, according to his brother and sister-in-law, from complications that followed a fracture he suffered when a gust of wind during the hurricane slammed a balcony door into his body. Luis M. Cruz said he walked through the rubble of their town the day after the storm to find his brother still on the floor after the blow. Roads were blocked and there was no way to get medical attention for him, said Wanda Garcia, his sister-in-law.

A week later, an ambulance was able to reach the home, she said, but Ramon Cruz refused to be transferred to a hospital in San Juan because of rumors of overcrowding and because he didn’t want family members to be inconvenienced by the difficult trip, she said.

“He didn’t want to cause us any trouble,” Garcia said.

When Cruz was finally able to get help at a regional hospital, Garcia said, doctors told Ramon Cruz and his family that he might die during surgery because his health had deteriorated.

Ramon Cruz was living with Hepatitis C but appeared healthy before the injury, which caused internal bleeding and eventually left him bedridden, according to relatives.

Puerto Rico’s mortality database lists only two “causes” of death for Cruz: “victim of cataclysmic storm” and “fracture of neck of femur.” The date of his injury is listed as September 20, the day Hurricane Maria hit this Caribbean island, which is a US commonwealth.

Records show an autopsy was conducted but that it is “unknown” whether results are available.

’They were not numbers’

Reinaldo Ruiz Cintron was working as a sub-contractor in hurricane cleanup efforts in Patillas, Puerto Rico, helping to clear roads, when a tree branch fell on him, breaking bones and leaving him hospitalized for a month, said Lisa De Jesús, his friend. Ruiz had health issues before the injury, she said, but she is certain he would be alive if he hadn’t been injured in the cleanup.

Well before the storm, De Jesús said, Ruiz was the kind of person who would do anything to help others. Ruiz became friends with the family after De Jesús’ husband borrowed gas money from him, she said. After the hurricane, Ruiz cleared roads and helped neighbors before finding employment doing that, she said, eventually taking a job clearing debris.

“He just wanted to help out,” De Jesús said. “He wanted to help his town get back together – for people to be able to (get to work) without hurting themselves.”

De Jesús says it is unjust Ruiz does not appear on the list of 64 hurricane deaths.

“They were not numbers, they were people,” De Jesús said. “And the government thinks that just putting a Band-Aid on things, it’s all OK. But, no. What about our feelings? What about those people who died trying to put Puerto Rico back (together) again? People needed (electricity) because they had oxygen (machines). They were ill, they had cancer. They had other issues, health-wise. They needed the government, and the government failed them.”

She shared Ruiz’s story, she said, so “at least someone will know he existed.”