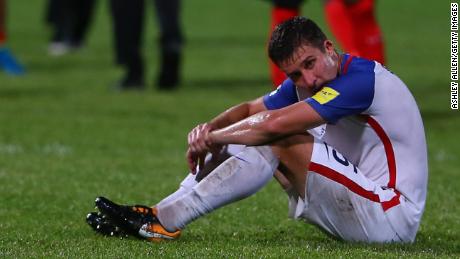 (CNN)For the next month, the world will be glued to the biggest sporting event on the globe: the World Cup. Thirty-one countries qualified to join host Russia, but alas, yours isn't among them. (We're looking at you, US and Italy.)

Here's a handy guide on who to root for, if you have no one to pledge allegiance to.

If you think soccer is too slow ...

France's national football team players at their training camp
... keep an eye on France. France is all about pace when it has the ball, not just with its goal scorers, but through midfield and even with its outside backs. They have winger Kylian Mbappé, who has reached speeds Usain Bolt would be jealous of. There are also the young lions from England. Maybe they are too young -- third youngest team in the tournament -- to know better.

If you're a sucker for an underdog ...

The Senegal team circa 2015
Read More
... go with Senegal, because Liverpool forward Sadio Mane could emerge as a World Cup star. Senegal has only been to the finals once (2002), where it dumped defending champ France in group play and made it to the quarters.

#10 Mo Salah in action during a friendly between Portugal and Egypt
... then Mo Salah of Egypt is probably going to be your guy. Just like some folks look at the Cleveland Cavaliers as LeBron and four other dudes on the court, they view Egypt the same way. It's Mo Salah and 10 other guys. Salah is a budding legend, he scored like a thousand goals in matches he played this season for English Premier League side Liverpool before he was injured in the Champions League final. (And maybe LeBron is cheering for him. The NBA's marquee man is a part owner in Liverpool.)

If you base your picks on who looks sharp ...

Brazil wore this color yellow in 1970 when Pele was king of the World Cup.
.... then dang, Brazil makes yellow look good. The yellow jerseys were designed to match the color of the 1970 uniform when Brazil, led by Pele, easily won the Cup.
There's also Croatia; the players sport a red and white chessboard on their chests. And for something really different, Nigeria's home jersey looks like there was an explosion at the lime green highlighter factory.
Nigeria v. Congo in May 2018