Ash eruption at Kilauea summit was so strong, it registered as a 5.4 earthquake

The Kilauea volcano erupted 36 days ago, and with it came massive ash clouds, earthquakes, mountains of lava and hundreds of evacuations on Hawaii’s big Island.

Those earthquakes have continued near the summit, according to Jim Kauahikaua, a geophysicist with the US Geological Survey’s Hawaiian Volcano Observatory. He told reporters on Monday that temblors are nearly continuous at the summit and that gas emissions remain “very high.”

The fallout from the ash may affect surrounding areas including Volcano and Pahala, warned the Hawaii County Civil Defense Agency.

“If you are at home, stay indoors with the windows closed. If you are outside, seek cover,” the agency said.

More than 10 earthquakes that registered over 3.0 magnitude shook the area Wednesday and the USGS said it had been expecting an explosive event amid all the activity.

At least 12,000 earthquakes on Hawaii’s Big Island in the last 30 days. The volcanic gas and ash emission could affect air quality across the central and southern half of Big Island, Hawaii County Civil Defense Agency said.

The volcanic gas and ash emission could affect air quality across the central and southern half of Big Island, Hawaii County Civil Defense Agency said.

Meanwhile, lava from Fissure 8 continued to creep, after inundating Kapoho Bay and decimating what could be hundreds of houses in the nearby communities of Kapoho and Vacationland. 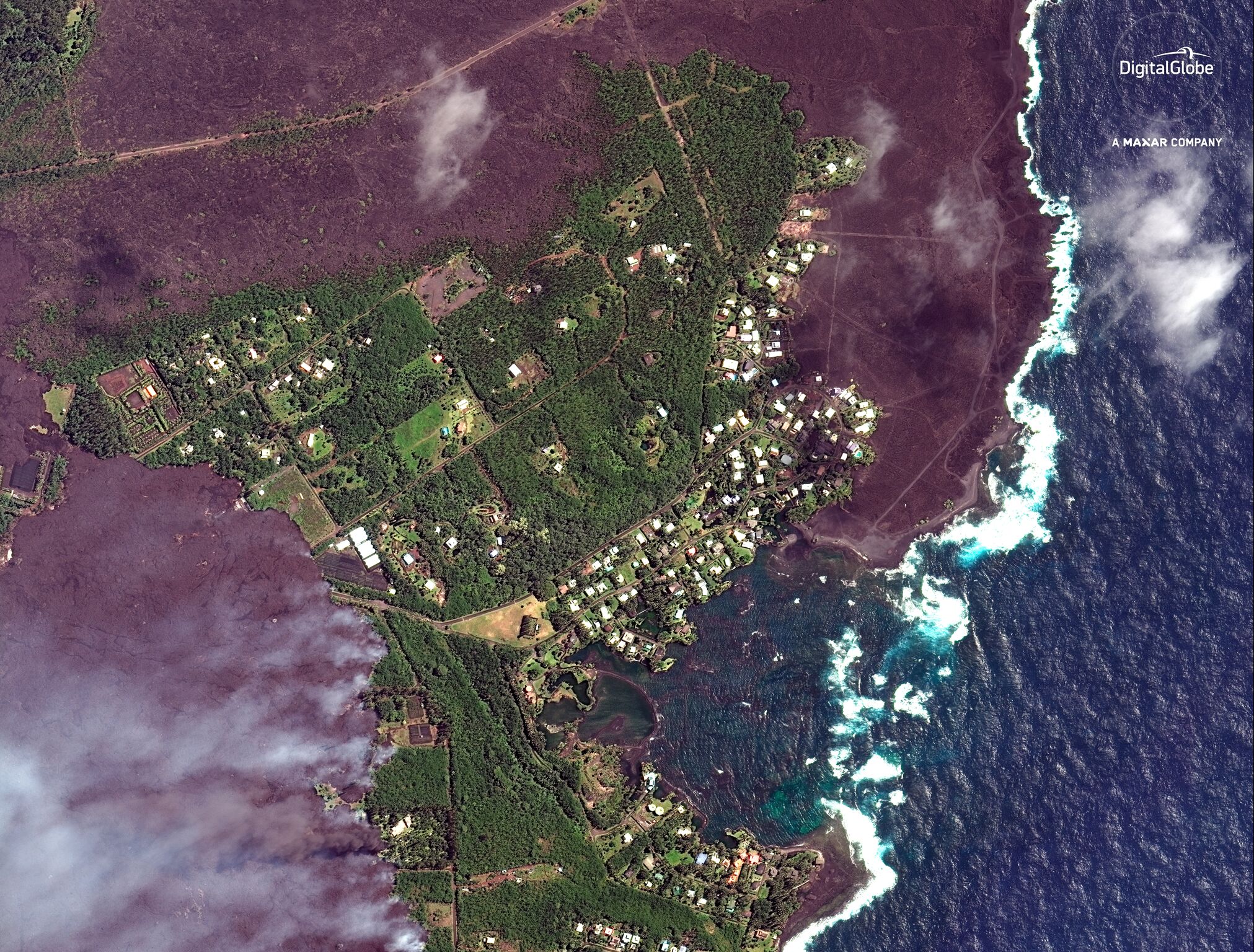 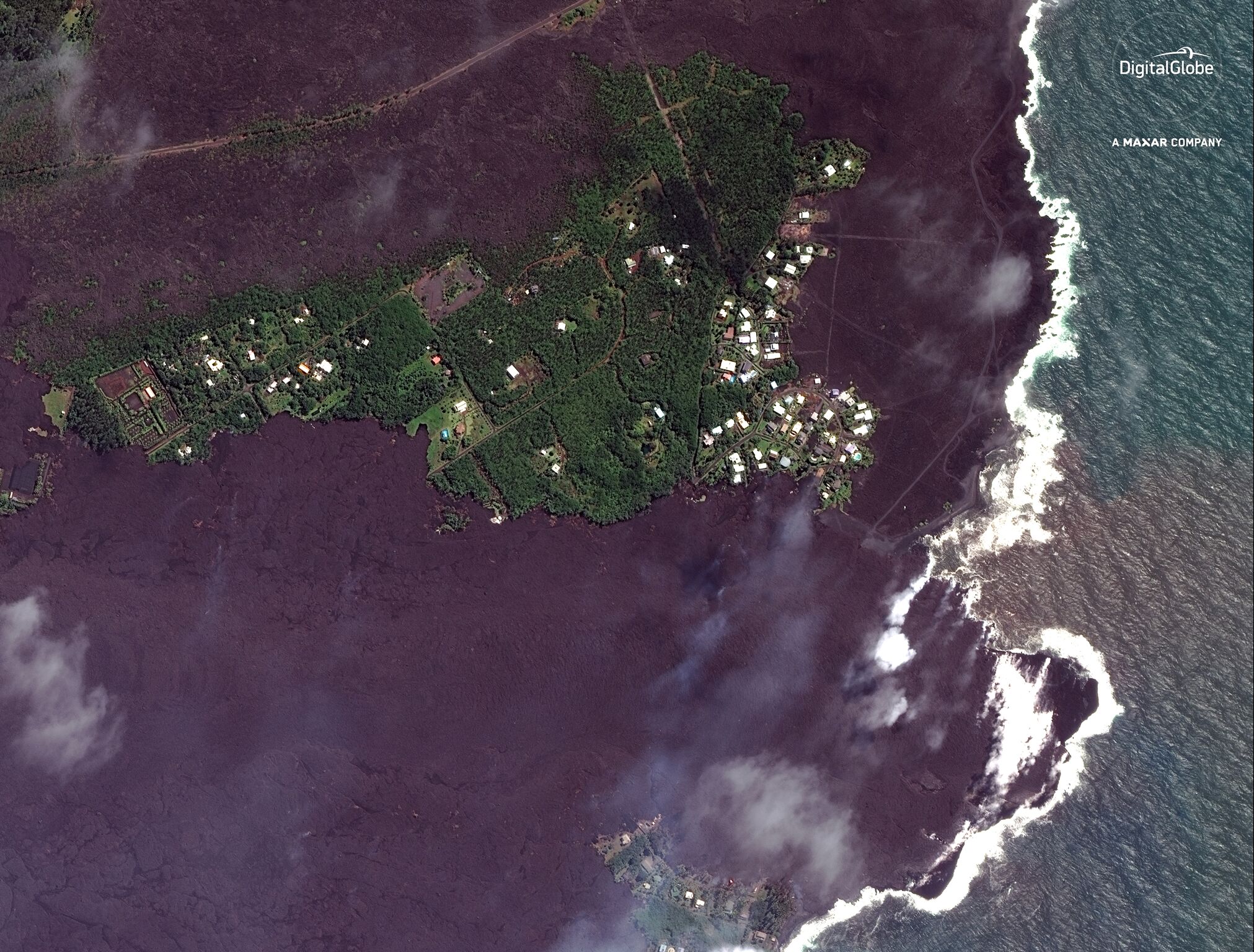 “It completely covered the Vacationland subdivision as far as we know,” Dr. Jim Kauahikaua with USGS Hawaiian Volcano Observatory told reporters on Wednesday.

Vacationland had about 150 homes and Kapoho, about 350 homes.

It’s still unclear how many homes in those two beach lots have been affected as authorities are looking to assess the damage, Hawaii Civil Defense Administrator Talmadge Magno said Wednesday. Authorities are using drones to assist in the tally.

With the two communities devastated, the number of people in shelters increased to 410 with one of the shelters reaching capacity, Magno said.

The lava’s entry into the ocean was also producing laze – a hazardous mix of acidic steam, hydrochloric acid gas and tiny shards of volcanic glass. Residents have been warned to avoid the area.