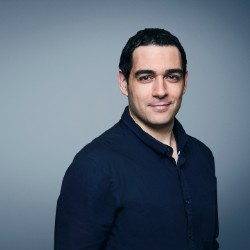 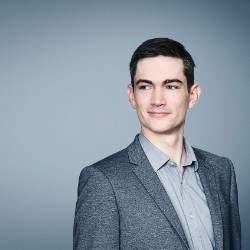 The ties between a far-right US Senate candidate in Virginia and an anti-Semitic, anti-Muslim US House candidate in Wisconsin go beyond public exchanges of praise to include a political campaign payment.

During his failed primary bid for Virginia governor in 2017, Republican Corey Stewart paid far-right commentator Paul Nehlen $759 dollars as a “fundraising commission,” in May, according to a June 2017 campaign finance filing with the Virginia Department of Elections.

Video surfaced earlier this week of Stewart praising Nehlen in January 2017 during the weekend of the inauguration of President Donald Trump. In the video, Stewart calls Nehlen one of his “personal heroes” and said he was “inspired” by the far-right figure’s failed 2016 primary challenge to House Speaker Paul Ryan in Wisconsin. Nehlen is running again this year for the same seat, which Ryan will vacate with his announced retirement.

Stewart’s payment to Nehlen, made to his company the “Paul Nehlan (sic) Group” in the June 2017 filings, came before Nehlen began openly making anti-Semitic statements but well after Nehlen had begun making viciously anti-Muslim comments and promoting fringe conspiracy theories, according to a CNN K-File review of his Nehlen’s now-archived Twitter feed.

The Washington Post reported earlier Thursday that Stewart said he no longer considers Nehlen a hero.

“That was before he went nuts and started spewing a bunch of stupid stuff,” Stewart told the Post about his 2017 praise for Nehlen. “When he started saying all that crazy stuff, I wanted nothing to do with him after that.”

A tweet deleted yesterday by Stewart also shows him and his wife posing with Nehlen at an inauguration celebration.

“Maria and I spent some time with @pnehlen and his wife Gabriela. He endorsed me tonight. So honored to have his support. #MAGA #MVGA,” the tweet reads.

The far-right website Breitbart cut ties with Nehlen in December 2017 when it was revealed he had gone on a white nationalist podcast and made anti-Semitic tweets. In January, Nehlen was widely condemned for tweeting that critics of him were Jewish. He was banned from Twitter in February following a racist tweet about Prince Harry’s then-fiancée Meghan Markle.

In May 2017, Nehlen retweeted multiple tweets saying that Bill and Hillary Clinton had killed associates to keep them quiet. In April 2017, Nehlen tweeted “Islam is not your friend.” In February 2017, Nehlen wrote that Islam was not a religion of peace and retweeted a tweet of an image of a plane going into the World Trade Center with caption, “9/11 would’ve been a Wonderful #DayWithoutImmigrants.”

In April 2017, Nehlen also sent a tweet implying that Muslim communities in Europe should be bombed. “Do we have enough Tomahawks for all the global Muslim no-go zones in Western countries? Asking for a friend,” he wrote.

At the same time in April 2017, Nehlen was tweeting in support of Stewart’s gubernatorial bid and attacking Stewart’s rival Ed Gillespie, who eventually won the Republican nomination and lost the general election to Democrat Ralph Northam.

Stewart, the at-large chairman of Prince William County’s Board of Supervisors, is facing off against conservative commentator E.W. Jackson and House of Delegates member Nick Freitas for the nomination to face incumbent Democratic Sen. Tim Kaine this November. The primary is June 12.