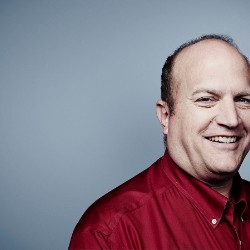 Northern New Mexico’s Philmont Scout Ranch, which has drawn generations of Boy Scouts who arduously train for its rugged trails and peaks, has canceled five weeks of backcountry treks because of a large wildfire.

Officials on Monday afternoon said they made the “difficult decision” to cancel treks and other activities that were scheduled for June 8 through July 14. Staff members who had been preparing for the hikers are making phone calls to affected crews, helping them to make new plans.

Approximately 13,000 registered youth and adults are affected, though some might be able to come later in the summer, said ranch spokesperson Shelley O’Neill.

“The safety of our youth participants, volunteers and staff is a priority for everybody at Philmont Scout Ranch and the Boy Scouts of America,” the ranch said on its website. “While efforts continue to extinguish the fire currently burning in the backcountry, the anticipated damage and inability to access the affected areas makes it currently impossible to host backcountry programs.”

“Until the fire is extinguished, the areas are inspected and the damage assessed, it is impossible to definitively state when those programs will resume,” the statement said.

No residences have been lost to the Ute Park Fire, but 14 Philmont outbuildings in the center of the ranch burned late last week.

The 36,000-acre wildfire was 25% contained Tuesday afternoon. While conditions were more favorable for the 600 men and women tackling the blaze, heightened fire weather and smoky conditions are expected in coming days, officials said.

Philmont hopes the backpacking treks resume after July 14 “with altered itineraries, assuming the backcountry is safe and infrastructure is restored.”

Programs scheduled at the Philmont Training Center are canceled through June 23. A family event for the next day is still on schedule. A leadership program a few miles south of the base camp is not affected.

Looking for other options

Comments on the ranch’s Facebook page expressed disappointment, but lauded the move to put safety first.

“I really feel bad for the scouts that are going to miss their treks, because I remember how much hard work goes into going on a trek and how excited I was each time I got to go there,” one commenter wrote. “I have no doubt that they will do everything they can to reschedule the treks for the crews that are being canceled.”

The Philmont staff on Tuesday continued making calls to crew leaders, informing them of other high-adventure options, including Summit Experience in West Virginia, Florida Sea Base and Northern Tier High Adventure in Minnesota.

O’Neill, the camp spokesperson, said members of the scouting family have been “incredibly supportive” of the decision to cancel the treks. Crews have been planning their trips for 18 months or more.

One Facebook commenter said a staff member who called was very helpful. “Keep up the great work,” the commenter wrote. “Care packages are forthcoming.”

O’Neill said comments like that represent the spirit of the scouting community. “Some of those responses were overwhelming to me.”

The cancellations also will have a business impact on the rural community. “I think our community is going to come together,” said O’Neill, who has lived near Philmont for 22 years.

Tourism was among the topics covered during a Tuesday evening community meeting in Cimarron. “We know that it is going to be painful and we know that it’s going to affect our economy,” Philmont general manager Kevin Dowling said of the period of lost programming.

He said officials will promote local businesses to 1,100 staff members and patrons at the ranch trading post.

In addition to its natural beauty, the ranch offers various programs – such as fishing, black-powder rifle shooting and rock climbs – across 140,000 acres in the Sangre de Cristo mountains.

The first scouts came in the summer of 1942, and the ranch – welcoming scouts from all 50 states – is intertwined with towns in Colfax County, Dowling said. Today, boys and girls choose from about 35 backpacking itineraries.

Crews have between seven and 12 members. Generally, treks last for seven days or 12.

Successfully completing the hike and doing three hours of conservation work make participants eligible for a prized patch in the shape of an arrowhead.