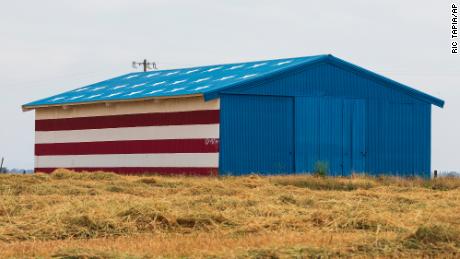 The Central Valley remains one of blue California's remaining bastions of conservatism. Donald Trump won in many counties here.

Blue state, red valley: In this part of California, a new generation is more woke than ever

Calwa, California (CNN)Sandra Celedon's hometown barely resembles the California we know. There are no Golden Gates or Hollywood walks. No sweeping Malibu vistas. No Pacific fog creeping over a city by the bay. Here, labor leader Dolores Huerta has more star power than Angelina Jolie.

This Fresno County town is in the "other California," and though it is situated smack in the middle of the state, equidistant from San Francisco and Los Angeles, there is nothing else that's "middle" about it. It's not middle class. Nor middle of the road.
It grew up around a large brick winery owned by the California Wine Association, from which it gets its name: Calwa. It's a good guess, though, that few here can afford vintage libations, red or white.
Of the nearly 1,400 people who call this place home, 1,221 are Latinos like Celedon. Mexicans, really, according to the latest census. Lately, Punjabi families have started to move in. You can see them along with Hmong in Calwa Park, the rare place that makes news in a good way. A quarter-mile graffiti wall is celebrated as the largest legal one in Northern California.
Of the 1,400 people, more than a third are officially classified as poor. Unofficially, many more are struggling.
Read More
Sandra Celedon grew up with the sting of anti-immigrant sentiment in the "other California." Now she and an army of young activists are fired up to bring change.
Once a shipping yard for the Santa Fe Railroad, Calwa is now consumed by heavy industrial companies like Allied Electric and Gray Lift. Trains and trucks blow through here so fast and so often that people automatically raise their voices and think nothing of it. When Celedon was a little girl, she thought the thunderous noise was a sign that Jesus was coming.
Calwa, a suburb of Fresno just 4 miles southeast of downtown, lies in the heart of California's Central Valley. Forgotten to the rest of California. Forgotten to America. Just forgotten.
That's what Celedon tells me on a glorious spring afternoon. The rain, so unrelenting that it damaged tender tomato plants and flooded almond orchards, has finally stopped and given way to a sky as blue as it gets around here. The air, too frequently, is a toxic mix of dust, exhaust, crop pesticides, tainted water and poverty; Central Valley counties routinely get failing grades for pollution.
The air, too frequently, does not carry change. But now with Donald Trump in the White House and California's midterm primaries set for June 5, Celedon is convinced change may finally come -- to her beloved hometown and to the Central Valley, one of the few remaining bastions of conservativism in America's bluest state. 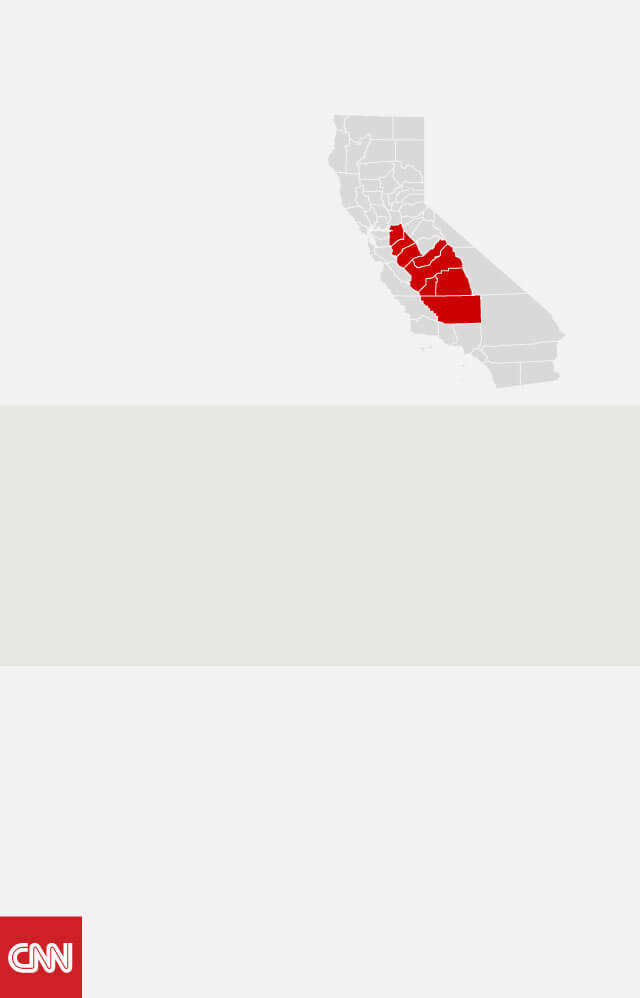 and Asian are non-Hispanic, but Hispanic or Latino

may include people of any race.

To understand Celedon's optimism is to understand that a whole generation of activists like her grew up in places like this, in a California that has not always been friendly to immigrants. Young people here acquired a quiet but fierce determination to make sure their own sons and daughters did not get burned by the same forces, which they saw rising during Trump's campaign and subsequent election. They were galvanized to action.
As an immigrant myself and as a journalist who has covered politics, I grew curious about what seemed like a fresh injection of energy in Valley towns and cities. Immigrants are not always politically engaged. What was different now?
Some of the answers lie here in Calwa Park, where Celedon played as a girl, got her fill of hot dogs and dreamed her American dream. But years of mismanagement left this green space littered and forlorn, part of a Fresno park system that earned the dubious distinction of being the worst of any metropolitan area in the nation. It was an indignity Celedon helped erase. Without parks, where would children play? Where would people walk?
On our left is a 26-foot-tall metal rocket, a Cold War relic boasting American prowess in space. To the right are picnic tables volunteers will soon paint, along with the rocket. The improvements, planned by Celedon's nonprofit Friends of Calwa, also include planting nine Raywoods.
Immigrants work long hours for little pay on farms in California's Central Valley, where poverty rates are much higher than the state average.
Fresno County has been home for Celedon since she arrived in California as a little girl. Her parents crossed the border legally from Mexico to work in the Central Valley farms and fields that produce one-fourth of America's food. But she didn't have a visa and grew up undocumented until she turned 16, when she was able to get a green card. At 21, she became a citizen.
Celedon does not take her civic duties lightly. At 33, she's a mother, an advocate, a social worker, an activist on fire. She carries childhood memories that remind her of her destiny.
One is of a public hearing at her elementary school, where local politicians promised speed bumps for her neighborhood. She finished high school and went on to earn a college degree in public health, but the breakers were never built.
Another is of Proposition 187, a 1994 ballot measure that was designed to block undocumented immigrants from receiving state-funded services. Under it, Celedon would have been barred from public schools and hospitals. She felt politicians were attacking the very core of who she was, as though she were less than human.
Republican politicians promoted the highly divisive measure, and the anti-immigrant rhetoric turned ugly. So ugly, in fact, that years later state lawmakers called it the "most mean-spirited and un-American" measure in California history. In heavily immigrant cities and towns like Calwa, the campaign to pass Prop 187 was crushing, a total repudiation of an entire group of people.
Voters approved Prop 187, although a federal court ruled it unconstitutional and it was never implemented. Still, it proved to be an earthquake for California politics. Things would never again be the same. Over the years, California became the most liberal state in the nation and now, the beating heart of the Trump resistance.
It's not necessarily that way, however, in the cities and towns that surround the vast Central Valley farmlands tucked between I-5 and Highway 99. These are places where many immigrant families still live in isolation and fear, heightened after Trump's election. Little has changed -- politically, culturally, economically -- since the time Celedon was a girl.
But things feel different now, Celedon tells me as we drive alongside sidewalks on Maple Street that didn't exist too long ago. Now they glisten under the sun, trophies of Celedon's activism. We meander past the Cowboy Café, a store owned by a Yemeni man who helped Celedon obtain her green card, and the Los Amigos Food Market, the sole grocery in Calwa.
For Celedon, politics isn't just about the presidency or the men and women who represent her in Washington and Sacramento. Politics starts at ground level.
And it is very personal.
"People get elected to office and then move on," Celedon says. "We have to be able to create power in our communities."
Calwa may be forgotten and the people may even be forgiving. But they never forget. And this is the most woke she's ever seen her people.
Daughters of immigrants, lawyers Aida Macedo (left) and Amparo Cid decided to devote their energy to empowering Central Val