Survivor of near-fatal tick bite has a lesson for summer

An Ohio woman contracted a serious infection from a tick bite

Potentially deadly diseases from ticks and mosquitoes are on the rise

On the eve of Memorial Day weekend, Jennifer Slone wants you to know that bug bites are more than just itchy. They can be deadly.

And they’re pretty easy to avoid.

For two weeks last summer, Slone, a librarian from Waverly, Ohio, languished in the hospital as doctors struggled to get her fever down from over 104 degrees. She developed meningitis. Her liver was suffering. She became septic, an infection raging through her bloodstream. She needed three blood transfusions.

Slone had ehrlichiosis, a bacterial infection from a tick bite.

An Aedes Aegypti mosquito is photographed on human skin in a lab of the International Training and Medical Research Training Center (CIDEIM) on January 25, 2016, in Cali, Colombia.
LUIS ROBAYO/AFP/Getty Images

Tick- and mosquito-borne diseases more than triple, since 2004, in the US

“I was petrified,” said her husband, Nick. “I thought this was it, this was the end.”

Slone did survive and, after 11 days in the hospital, much of which she doesn’t remember, was able to go home.

“I am so happy to be alive!” she wrote on Facebook after she got out of the hospital.

Slone said she still finds it hard to wrap her head around the fact that a bug bite got her so sick.

“I grew up my whole life running around with ticks on me, and I never thought anything of it,” said Slone, 36. “But this was just one extremely special tick.”

Or perhaps not so special.

What you need to know about ticks

This month, the Centers for Disease Control and Prevention warned that diseases from ticks and mosquitoes are on the rise.

During that time period, the number of cases of mosquito-borne diseases jumped from 4,858 to 47,461.

Nine of the 16 diseases included in the study are relatively new, having been identified only since 2004. One of the new diseases is a variant of ehrlichiosis, the infection Slone suffered.

Scientists think it’s going to get even worse. Maps show that by 2080, tick habitats are expected to include much of the eastern half of the country. 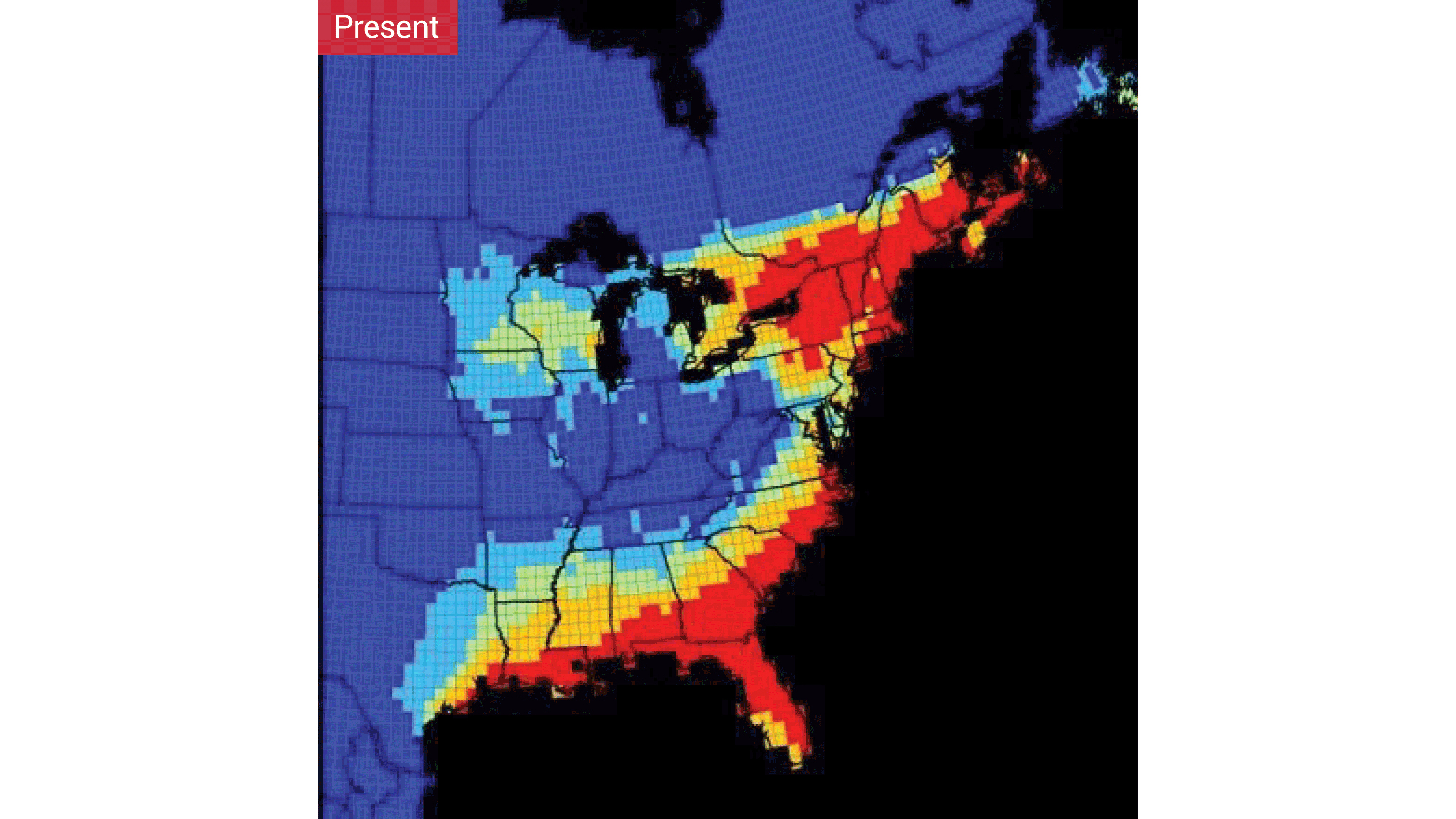 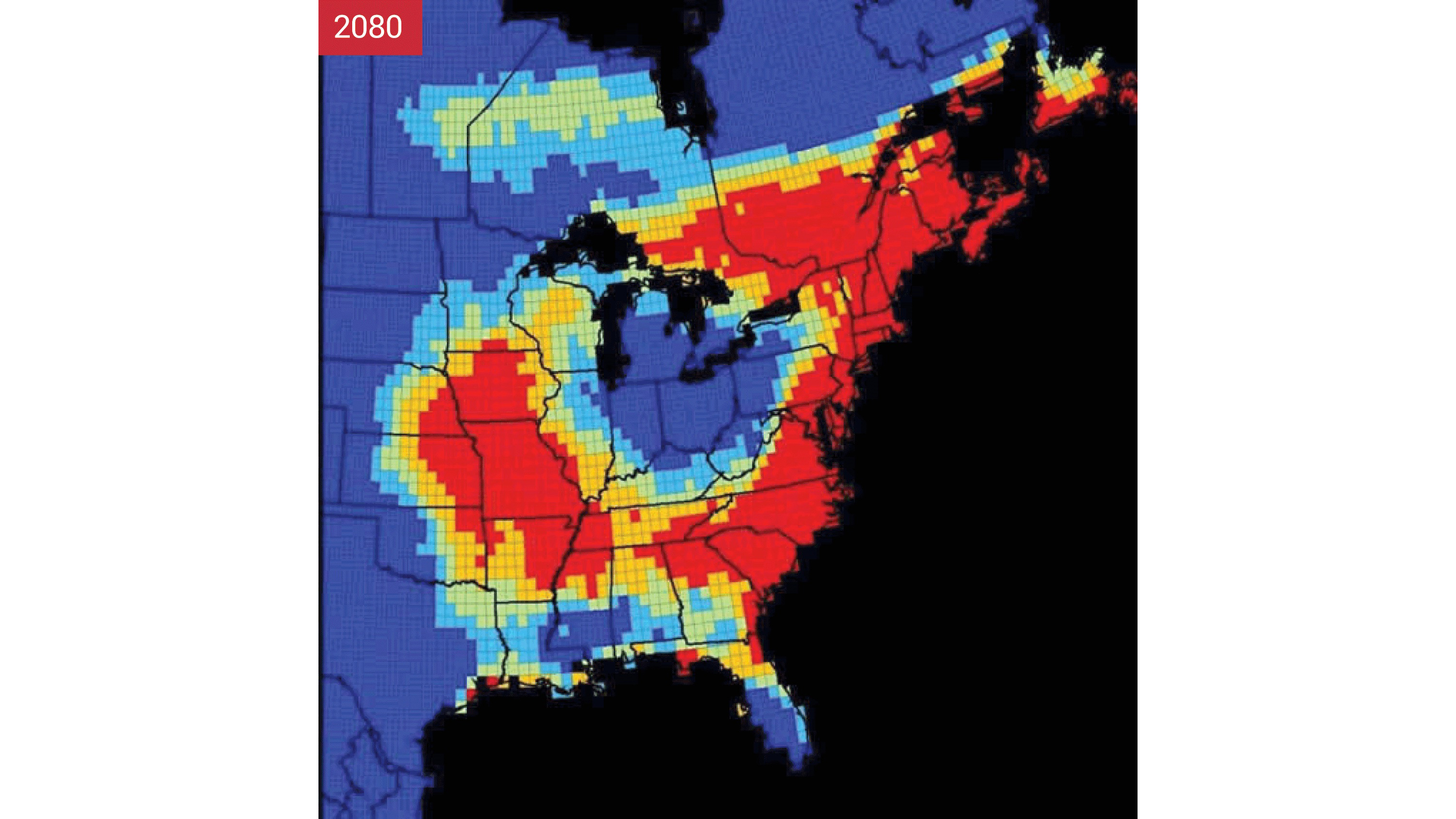 The maps are part of a 2014 report by the US Global Change Research Program, a government agency, which concludes that climate change is one reason for the increase in disease-bearing ticks and mosquitoes.

The University of Massachusetts is ground zero for tick research. Every week, thousands of people from across the country send ticks to its TickReport program to be tested for diseases. This helps people know what kind of medical treatment they might need.

“It’s important to know early, because most of these diseases can be treated more effectively if they’re treated early,” said Stephen Rich, a microbiologist and director of TickReport.

A tick at the University of Massachusetts' TickReport laboratory.
CNN

Symptoms of tick-borne illness often look like the flu or other sicknesses, so unless a doctor asks about a tick bite, a patient might not receive the right treatment, Rich said.

Thankfully, when Slone showed up at the emergency room at Ohio State University Wexner Medical Center with a high fever and vomiting, doctors thought to ask whether she’d been bit by a tick. She told them she remembered taking one off her stomach weeks before.

Doctors started her on the antibiotic doxycycline. It took several days for the antibiotic to bring her fever down, and three months for her to fully recover.

A museum of blood-sucking nightmares: the US National Tick Collection

Her illness was first reported in the Pike County News Watchman.

Slone thinks the tick bit her in her yard or her friend’s yard.

At first, after she recovered, she was nervous about going outside. But she loves gardening, and she wanted to dress up the yard in her family’s new home.

“I’ve decided I love nature, and I am not going to let something like this make me afraid,” she said. “Other people shouldn’t be afraid of nature either as long as you take the necessary precautions.”

That includes wearing long sleeves and long pants. She tucks her shirt into her pants and her pants into her boots to make sure bugs don’t creep up her belly or legs.

She sprays herself with an insect repellent that includes DEET or another chemical approved by the US Environmental Protection Agency and checks her entire body after coming inside from the yard or a walk in the woods.

“It would be terrible to get sick when it’s so easily preventable,” Slone said. “This is more serious than people recognize.”

CNN’s John Bonifield and Amy Roberts contributed to this report.