Milwaukee police on Wednesday released body camera video of the arrest and tasing of NBA player Sterling Brown as the department’s chief apologized for the incident.

Members of the force were disciplined, Chief Alfonso Morales said at a news conference, without specifying how many people were affected.

“The department conducted an investigation into the incident which revealed members acted inappropriately and those members were recently disciplined,” Morales said, without taking questions. “I am sorry this incident escalated to this level.”

Police previously said that the Milwaukee Bucks rookie became confrontational over an alleged parking violation, prompting the officers to tase and arrest him. Brown was not charged with a crime as a result of the incident, which prompted an internal affairs investigation.

“This type of behavior has no place in our city. No citizen should be treated this way,” Barrett said. Even though Brown was parked where he should not have been parked, “The fact that it escalated to what happened is what disturbed me the most,” Barrett said.

“I believe that this is a situation that could have been defused, and obviously it wasn’t,” he said. 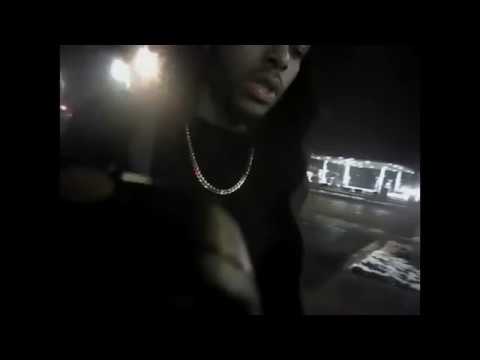 The Milwaukee Bucks called the actions of police shameful and inexcusable and said Brown has the team’s full support.

A war of words

“Unfortunately, this isn’t an isolated case. It shouldn’t require an incident involving a professional athlete to draw attention to the fact that vulnerable people in our communities have experienced similar, and even worse, treatment,” the team said in a statement. “We are grateful for the service of many good police officers that courageously protect us, our fans and our city, but racial biases and abuses of power must not be ignored.”

Video of the early morning January 26 incident outside a Walgreens shows a routine stop escalating into a testy confrontation in a matter of seconds.

In the video, an officer meets Brown at his driver’s side door after he walks out of the store. The officer fires off questions and orders one after another as Brown tries to get a word in.

He asks for Brown’s driver’s license and demands to know why he parked his car across some handicapped spots. “You don’t see any issue here?” the officer asks.

He repeatedly orders Brown to back up, telling him he’s getting in his face, as Brown tells him not to touch him.

“Are you obstructing me? I just told you to back up,” the officer asks.

Barely a minute has passed when the officer calls for an extra squad car. “We’re going to figure out what we’re gonna do,” he tells Brown. “You can’t do that by yourself?” Brown counters.

At least three cars more are seen arriving on the footage. The officer walks up to them and says he only wanted one extra patrol. He also tells one of his colleagues that Brown was getting in his face.

At least one car leaves and others stay. Multiple officers gather around Brown at his car and ask him questions. At one point, an officer yells at Brown to take his hands out of his pockets, and Brown says he has “stuff” in his pocket.

Other officers grab the athlete and pull him to the ground, before he is tased.

Athlete calls it an abuse of power

“My experience with the Milwaukee Police Department was wrong and shouldn’t happen to anybody,” Brown said in a statement. “What should have been a simple parking ticket turned into an attempt at police intimidation followed by the unlawful use of physical force, including being handcuffed and tased and then unlawfully booked.”

Brown said he chose to speak up about the incident on behalf of Laquan McDonald, Stephon Clark and others in the black community who have died in encounters with police.

“The common denominator in all of these situations has been racism towards the minority community, the abuse of power and the lack of accountability for officers involved. The lack of repercussions for the police officers involved in so many of these cases is offensive. This is a slap in the face to the victims’ families and communities,” he said.

“Black men shouldn’t have to have their guard up and instantly be on the defensive when seeing a police officer, but it’s our reality and a real problem. There must be mutual respect and both sides have to figure out how to accomplish this.”

Are police shortages to blame?

The police chief vowed to improve police-community relations, citing the video’s release and the disciplinary actions as part of those efforts, he said.

“When I took office, I vowed to rebuild trust between the Milwaukee Police Department and the community. We are doing that,” he said.

“The men and women of the Milwaukee Police Department are dedicated to protecting and serving the citizens of Milwaukee. We have hundreds of interactions with citizens each day, and those contacts end positively.”

The Milwaukee Police Association defended the officers, calling use of force “a necessary component of policing.” If a person takes issue with an officer or the reason for a stop, they should cooperate in the moment and file a complaint later, the group said in a statement.

“Inevitably every Use of Force will be scrutinized and often opinion gets in the way of fact. Unfortunately, society and local leaders only take issue when the situation is sensational, or the individual is of prominence. Our officers are routinely injured during Use of Force applications; rarely is there an outcry of support from civic leadership,” the statement said.

The group called on city leadership to bolster its ranks to alleviate what it described as chronic understaffing. Such shortages tend to lead to one-man patrols in which officers may feel compelled to use higher levels of force, the association said.

“The city apparently is willing to accept risk absent of their own responsibility; while quick to pass blame and refuse to address the underlying concern,’ the statement said.

“Our officers are true professionals that do all possible with the finite resources afforded them. Help them perform at the levels you deserve and demand – set them up for success.”