A nonprofit group says a children’s film about a Rottweiler police dog who tries to infiltrate the world of dog shows is sending a “troubling message that grooms children for sexual abuse,” according to a statement made Tuesday.

In the movie, Max teams up with a human FBI agent (Will Arnett) on a case involving a stolen baby panda. In order to crack the case, Max must go undercover at a dog show and learn what it takes to be a champion, a process that involves “doggie pedicures, Botox and Brazillian waxes,” according to a film synopsis. 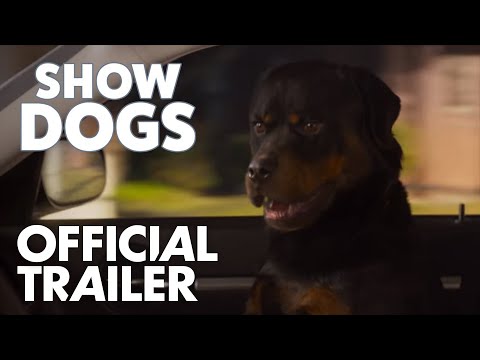 Other members of the “Show Dogs” cast include Natasha Lyonne, Stanley Tucci and Jordan Sparks.

NCOSE takes issue with what it says are “multiple scenes where a dog character must have its private parts inspected, in the course of which the dog is uncomfortable and wants to stop but is told to go to a ‘zen place,’” according to a statement from the group’s executive director Dawn Hawkins.

“The dog is rewarded with advancing to the final round of the dog show after passing this barrier. Disturbingly, these are similar tactics child abusers use when grooming children – telling them to pretend they are somewhere else, and that they will get a reward for withstanding their discomfort,” Hawkins said. “Children’s movies must be held to a higher standard, and must teach children bodily autonomy, the ability to say ‘no’ and safety, not confusing messages endorsing unwanted genital touching.”

Global Road Entertainment, which co-produced and co-financed the film with Riverstone Pictures, said the examinations are common practice in dog shows in a statement to CNN.

“The dog show judging in this film is depicted completely accurately as done at shows around the world; and was performed by professional and highly respected dog show judges,” the statement said in part. “Global Road Entertainment and the filmmakers are saddened and apologize to any parent who feels the scene sends a message other than a comedic moment in the film, with no hidden or ulterior meaning, but respect their right to react to any piece of content.”

One of film’s main writers, Max Botkin, meanwhile, denies writing the scenes in question. While the film is based on his original script, Botkin claims it was “heavily rewritten by 13 other writers,” 12 of which went uncredited.

Botkin says he did not participate in the rewrites and “didn’t get to see the film until it was in its final stage of completion, and had zero say in creative choices the second I signed away the rights to my work.”

“I absolutely condemn any suggestion or act of non-consensual touching in any form, as well as disassociation as a coping mechanism for abuse of any kind,” he said in a statement. “I understand and empathize with the parents’ and groups’ concerns regarding the message the movie may impart.”

NCOSE, an anti-pornography organization, has asked Global Road Entertainment to halt distribution of the film and recut it “so that it no longer contains such unsafe themes,” it said in its statement.

The organization, formerly known as Morality in Media, has fought many public battles, including one against Cosmopolitan magazine that resulted in Walmart pulling the magazine from its shelves.