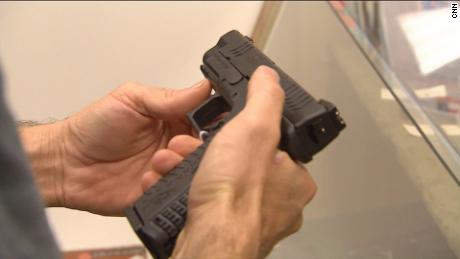 Since Parkland, 14 states have introduced 25 measures to arm teachers and staff. Only 1 has passed

(CNN)Once again, we're talking about arming teachers as a solution to gun violence.

After a student gunned down 10 people Friday at a high school in suburban Houston, some Texas elected officials are resurrecting the idea, which has been floated by President Trump and debated across the country since the Parkland, Florida, school shooting in February.
But in state after state, the proposal so far has largely failed to gain traction.
In the three months since Parkland, 14 states have proposed 25 bills or resolutions related to arming school personnel, according to data from the National Conference of State Legislatures. Only one of these measures has been voted into law -- in Florida, where lawmakers in March passed a bill which arms some teachers if both the local school district and local sheriff's department agree.
A spokeswoman for the nation's largest teachers union says it's no surprise these legislative efforts are failing.
Read More
"The overwhelming majority of teachers oppose being armed," said Mary Kusler, senior director for the National Education Association's Center for Advocacy. "Teachers want to be in their classrooms to teach their children ... it is incredibly hard to do that when you're packing heat."
The NEA polled 1,000 of its members in March and found that 82% said they would not carry a firearm in school.
Among teachers who owned guns, 63% opposed being armed in the classroom, and almost two-thirds of teachers polled said they would feel less safe if they and other school personnel were allowed to carry guns.
Teachers have lobbied against these bills in state legislatures, effectively killing lawmakers' appetite for the measures, Kusler said.
"It's not the answer," she told CNN. "It's not the way we are actually going to keep kids safe."

Locals are taking matters in their own hands

Some local officials disagree. In several states, including Texas, counties aren't waiting for state lawmakers to act.
Florida lawmakers passed a school-safety bill less than a month after 17 people were fatally shot February 14 at Marjory Stoneman Douglas High School. In addition to allowing some teachers to carry firearms, it also set aside millions of dollars for enhanced school security, mental health assistance in schools and some modest gun control measures.

Most state legislatures have wrapped their sessions for 2018, and it's not clear how the Santa Fe attack will impact any future efforts to arm schoolteachers.
Texas Gov. Greg Abbott has planned a series of roundtable discussions this week that will bring together lawmakers and community members to begin work on "swift solutions to prevent tragedies like this from ever happening again."
"We have to arm our teachers. ... If another person has a gun, the best way to stop that person is with another person with a gun," Texas Lt. Gov. Dan Patrick said Sunday.
Asked what school-security measures the NEA would like to see, Kusler mentioned stricter gun control and more funding for school counselors to help keep troubled students from becoming disengaged and alienated.