Peele tweeted about the new movie

Practically nothing is known about Jordan Peele’s sophomore film, but just the thought was enough to thrill his fans.

The writer/director announced on social media Tuesday that his new film is titled “Us” and will be in theaters March 2019.

Peele’s first film, the satirical horror movie “Get Out,” made history when he became the first African American to win an Oscar for best original screenplay in March. 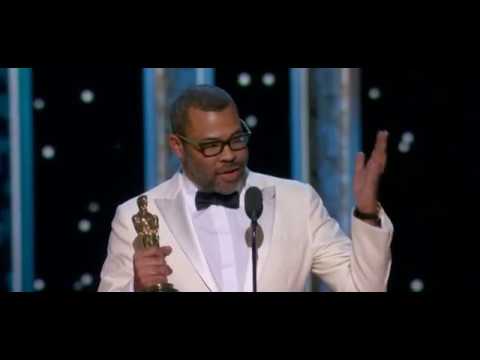 The film also did well at the box office and made “the sunken place” a part of the pop culture zeitgeist.

Peele’s followers immediately took to social media to express their excitement over the new project and to try and figure out the plot.

YOU: Kyle, what's the quickest you can overanalyze something?

ME: jordan peele's new movie poster looks like a Rorschach test and paired with the the title "us", seems to suggest a film that will invite us to look at ourselves and determine what we see. So, two minutes? pic.twitter.com/JX7YLvkpTP

The poster for the film, which Peele posted in a tweet, doesn’t give much away other than calling it “A New Nightmare from the Mind of Academy Award Winner Jordan Peele.”