These are the 12 most ‘effective’ preachers in the English language

The NBA had its Dream Team. Musicians have the Grammys. What actor doesn’t envision holding an Oscar one day.

Most professions have a way of recognizing their most accomplished performers, the stars who set the standard. Preachers are no different, and Tuesday is their version of the Grammys and the Oscars combined.

For only the second time in two decades, Baylor University has released its list of the 12 most “effective” preachers in the English language. It is among the most prestigious honors in the preaching profession – one that has changed the lives of previous recipients.

Some of the pastors are religious celebrities, while others are virtual unknowns. One pastor talks like a poet in the pulpit, conjuring one shimmering image after another. Another calls down thunder while quoting hip-hop lyrics and Gloria Gaynor’s “I Will Survive.” And one retold a New Testament story with such astonishing originality that his sermon went viral; would-be preachers dissect his moves like basketball players study tapes of LeBron James.

What they all share is that they are captivating speakers whose eloquence points toward God, not their own egos, says Shawn Boyd, who works at the Kyle Lake Center for Effective Preaching at Baylor. Boyd helped form the criteria that 179 scholars referred to while sorting through 1,000 nominees to select the final 12.

“They preach it, they believe it and they live it,” Boyd says of the 12.

The Rev. Tony Evans reaches out to those with Bibles and with iPhones.
OCBF Church/From YouTube

Several even teach it. One of the recipients is the Rev. Tony Evans, founding pastor of Oak Cliff Bible Fellowship in Dallas. Evans, the first African-American to earn a doctorate in theology from Dallas Theological Seminary, has taught classes at his alma mater.

When told he had made the list, Evans’ reaction was succinct:

“I was stupefied,” he says.

He was also pleased, because he says the list may remind people that preaching is an art form.

“It’s a science and an art,” Evans says. “It has rules that you have to abide by if you’re going to be effective.”

Evans is one of three African-Americans who made the list. The others are the Rev. Otis Moss III, senior pastor of Trinity United Church of Christ in Chicago, and the Rev. Ralph Douglas West, founder and senior pastor of The Church Without Walls in Houston.

Moss’ approach to preaching is steeped in what he calls the “blue note gospel,” a message shaped by the fiery prophetic tradition of the black church. He’ll quote Gaynor’s disco anthem, a passage by author Flannery O’Connor and the Book of Isaiah all in one sermon. West’s powerful delivery embodies the “start slow, rise higher, strike fire and retire” approach of the black church as well. 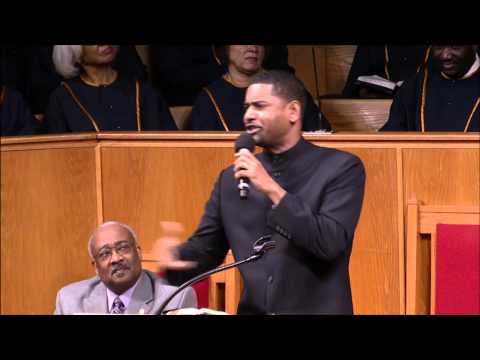 Baylor’s first list was released in 1996 amid much fanfare. Newsweek featured the list in an extensive article, and some of the original 12 became religious celebrities, drawing crowds when they spoke.

Four pastors from 1996 returned for Baylor’s new list: The Rev. Barbara Brown Taylor, an author and Episcopal priest whose sermons have a distinctive poetic flair; the Rev. Charles Swindoll, a pastor and author with a wide radio audience; the late Rev. Haddon Robinson, whose sermon “Put That on Master Charge” is an inventive retelling of an encounter between Paul and a runaway slave that has become a classic; and the Rev. Thomas Long, a professor emeritus of preaching at Emory University in Atlanta whose book “The Witness of Preaching” has been a mainstay in seminaries for 25 years.

Long’s previous appearance on Baylor’s list changed how some congregations regarded him, he says. When he would visit a church as a guest speaker, he would invariably be introduced as the preacher who made the Baylor list.

“You can feel the congregation fold their arms and say, ‘OK, baby, let’s see what you are going to do. Let’s see if you can fly over the steeple.’ “

Long says it’s noteworthy that only one woman – Taylor – made the list twice. He says he’s heard plenty of women preachers who could have been included.

“I have heard them, and they are powerfully innovative and affecting,” Long says. “By any rights, there ought to be more women on the list.” 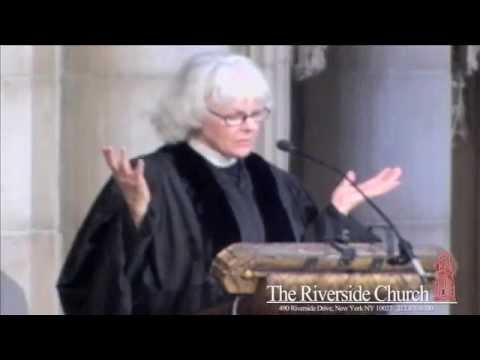 No matter their gender, preachers face a new challenge today – more people coming to church without a basic grasp of the Christian faith, Long says. Biblical literacy is declining; so is church membership. More people say they’re spiritual, not religious.

“When preachers like Barbara Brown Taylor and myself started out preaching ministry, we assumed that there was a Christian faith already in place out there, and our job was to put some interesting stuff in the lattice work,” he says. “I’m doing a lot more teaching now.”

Some of the other preachers on Baylor’s latest list are known for teaching in their sermons as well as preaching. They include the Rev. Joel C. Gregory, holder of an endowed chair in preaching and evangelism at Baylor; the Rev. Alistair Begg, senior pastor at Parkside Church outside Cleveland; and the Rev. John Piper, an author and chancellor of Bethlehem College & Seminary in Minneapolis.

iPhones in the pews

Another hurdle pastors face, say some of those on Baylor’s list, is technology. They say congregants have a shorter attention span and are more easily distracted.

“You may have an older audience in front of you holding the Bible and a younger audience holding an iPhone,” says Evans of Oak Cliff Bible Fellowship in Dallas. “You don’t want to lose either audience.”

Lazy pastors can also become addicted to technology, others say. Some now get their inspiration from Google, not the Holy Spirit, plagiarizing other pastors’ sermons and passing them off as their own.

Some don’t even pretend anymore, says W. Hulitt Gloer, director of the Kyle Lake Center for Effective Preaching, who helped compile the list of effective preachers.

He says he knows of one new church where the pastor told his congregation he wouldn’t write sermons but preach those delivered by great pastors.

“Basically, he said he’s going to plagiarize every Sunday,” says Gloer, who declined to name the church. “That’s not a sermon. A sermon has to come from inside of a person, not outside of a person.” 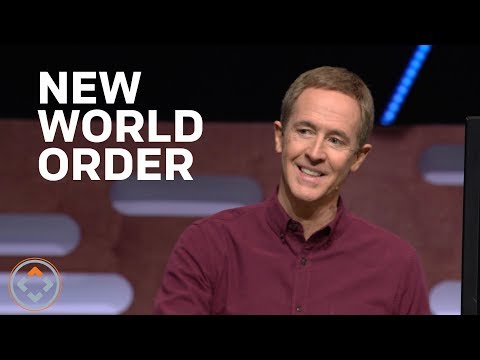 Then there are people who distort the message of a pastor’s sermon through social media, says the Rev. Andy Stanley, the founding pastor of North Point Community Church and North Point Ministries near Atlanta.

Stanley was named to the Baylor list this year along with another pastor who leads a large church, the Rev. Timothy Keller, founding pastor of Redeemer Presbyterian Church in New York. Both Stanley’s and Keller’s churches make a concentrated effort to reach skeptics and others turned off by religion.

Stanley says someone can cut and paste a 30-second clip from one of his sermons, put a Twitter tag on it and post it on online – and soon he’s hearing from outraged people who are listening to an out-of-context remark he delivered that’s gone viral.

“It’s the Christian version of fake news,” he says.

The ‘sweet torture’ of Sunday morning

Stanley seemed genuinely shocked to be on the list.

He says he didn’t think people in seminary circles would have heard his sermons. One of his preaching heroes is another pastor on the list, Swindoll.

“I remember the first time I met Chuck Swindoll. I was so intimidated I could hardly speak,” Stanley says.

The Rev. Charles Swindoll is one of four who also made the 1996 list.
Stonebriar Community Church/From Vimeo

There are other times when even the best pastors can hardly speak before their own congregations. Pastors talk about the Sunday when the congregation faces them like a firing squad. Their message falls like a wounded duck tumbling from the sky.

Long, from Emory, alluded to a pastor who once said preaching sometimes “feels like throwing marbles across a tiled floor.”

“There are so many spectacular fails, times when you feel like you’re not connecting,” Long says.

The demands of preaching have humbled even some of the greatest pastors. The late Rev. Gardner Taylor, who made the Baylor list in 1996, described preaching as “the sweet torture of Sunday morning.”

Preachers often talk about going through a “desert” where they have nothing to say. Some feel unworthy because of personal shortcomings or because their marriages or relationships with their children are spinning out of control. Even Taylor, whose dignified bearing and sonorous voice seemed to personify preaching royalty, said he sometimes felt despair walking before the congregation.

“I go through a dreadful time on Sunday mornings getting ready to preach,” he told Christianity Today magazine in 1981. “Sometimes I pass laborers on my way to church and wish I were doing anything except having to come over here and get into that pulpit again. “

At such times, some preachers rely on their craft when they can’t lean on inspiration. The pastors who made the Baylor list had plenty of pulpit chops to call on. They were graded on their ability in seven categories: exegetical ability (making Scripture come alive by plumbing its historical context, language and grammar), sermon relevance, the integrity of the preacher’s life, upholding theological traditions, sermon structure, accessible communication and skilled delivery.

Barbara Brown Taylor was leading a rural Georgia Episcopal church when she was first named to Baylor's list in 1996.
JOE STEWARDSON/KRT/Newscom

The ability to receive criticism is part of Stanley’s personal criteria. He preaches several sermons each Sunday. After each one, he retires to a room in his church where he asks a regular group of church staffers to critique it so he can improve it for the next service.

He also does something some pastors dread – he watches videos of his sermons. He says it’s necessary because pastors are their own best critics.

The sweet torture of Sunday mornings, though, inevitably yields another reward preachers talk about – feeling like they had nothing to give, but finding out later that they did.

Long says he will occasionally get a letter or an email from someone quoting a sermon he preached years ago that he doesn’t even remember.

“They’ll say that some image or story has stayed with them and has been a guiding light in their lives,” he says. “You just wonder how this could be, and it’s so gratifying.”

It’s those sweet surprises that Long says help him step into the pulpit, even when a congregation is expecting him to leap over steeples because he made Baylor’s list.

“You can’t predict it and you can’t control it – the way that lives have been changed as a result,” he says. “That is the great legacy from preaching.”